Calif. business leakage is a bummer

The word ‘leakage’ is the new politically correct term used by legislators, the Governor, bureaucrats and the California Air Resources Board to describe what happens when California businesses leave the state because of tax increases and stupendous regulations… as if any of them know what it means for a business to make the difficult decision to close a location, terminate hundreds of employees, and move a business. 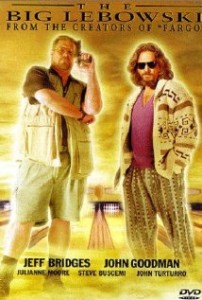 As The Dude in the Big Lebowski said, “That’s a bummer man.”

Apparently California is ‘leaking’ businesses… as if businesses and middle class families are dribbling away, or just accidentally seeping into other states.

Tell that to the 700 employees of Campbell’s Soup here in Sacramento who are soon going to find themselves unemployed. They may have to leak, drain, seep or dribble their way to new jobs in neighboring states.

“The world’s largest soup maker said Thursday that it will close a plant in Sacramento, Calif., that has about 700 full-time workers,” the Washington Post reported. “The plant, which makes soups, sauces and beverages, was built in 1947 and is the company’s oldest in the country.”

The Sacramento plant is also the most expensive plant to operate of the remaining Campbell’s Soup plants. This is a business decision.

I happened to catch a radio interview Thursday about the Sacramento plant closure, done by a KFBK radio reporter with Senate President pro Tem Darrell Steinberg, D-Sacramento. When the reporter asked Steinberg about the closure, the lawmaker replied that people just aren’t eating as much soup as they used to. Steinberg then suggested that the 700 employees would go out and get better union jobs in the Sacramento area.

Campbell’s Soup reports that it costs the company far more money to produce a case of soup in Sacramento, than in any of their other plants.

“The company expects the closings to result in about $115 million in pre-tax costs,” the Post reported. “Its actions will also require about $27 million in capital spending. Annual savings are predicted to be about $30 million starting in fiscal 2016.”

Ironically, Campbell’s Soup is located in the City Council district Steinberg used to represent as a member of the Sacramento City Council.

Earlier this week, Comcast announced that it was closing four call centers in the Sacramento area, leaving 1,000 Sacramento area employees out of work.

Vision Service Plan is threatening to leave the state because thus far, the Legislature has refused to include vision plans in the state’s new Obamacare health exchange. That’s another 2,100 employees who will lose jobs.

Waste Connections, which has 5,000 total employees, announced earlier in the year that the large company will leave California for Texas, because of the unfriendly business climate, high taxes, and the hefty regulatory burden on the private sector.

The company had 200 local employees.

California lawmakers are “shoving businesses out,” Waste Connections CEO Ron Mittelstaedt said, and that California is “the worst state in the country to do business in,” the Sacramento Bee reported. “There doesn’t seem be any improvement on the horizon.”

“Steinberg points to the 16,100 jobs created in the Sacramento region over the past year,” CBS Channel 13 in Sacramento reported.

The information about the 16,100 jobs was provided by the Center for Economic research.

The CSER, a Sacramento firm, explains on it’s website, “Originally, the organization was structured as a research institute affiliated with California State University, Sacramento, known as the Real Estate and Land Use Institute (RELUI), and later as the Sacramento Regional Research Institute (SRRI) in conjunction with the Sacramento Area Commerce and Trade Organization (SACTO). CSER is currently structured as an independent nationally-scoped research center affiliated SACTO, one of only 29 Accredited Economic Development Organizations by the International Economic Development Council (IEDC).

With a history like that, it appears that the CSER has a vested interest in providing positive economic numbers for the Sacramento region — especially given the affiliation with SACTO.

As for the job growth, the CSER graph provided explains well enough:

The breakdowns are interesting – I’m not sure how education is classified as ‘private sector.” And upon closer scrutiny, much of the job growth is union jobs. And notice the California manufacturing job losses… not good.

Steinberg’s comments about soup being less popular, and Campbell’s Soup employees getting better union jobs elsewhere is telling… and smarmy, and condescending.

“Campbell’s and Comcast are two examples that have nothing to do with the so-called regulatory environment or how California and its government interacts with business,”Steinberg said, Capitol Public Radio reported. “I think these were independent decisions. They’ve said that. The evidence is very clear the call centers are happily locating and expanding in California.”

“But, when asked if California is a more difficult place to do business than in the rest of the United States, Comcast’s Anthony Sanzio said, ‘What I can tell you is that our cost to produce products in California at a plant here in California are more than at a plant in Paris, Texas. So, you know, I think we’ll leave it at that,’” according to CPR.

But Campbells Soup and Comcast are highly regulated. Campbell’s Soup not only has its own energy plant on site, it is a food processor and considered a ‘polluter’ by the California Air Resources Board.

I was involved in closing my husband’s large manufacturing business two years ago, precisely because of the excessively high cost of doing business in California and Sacramento County, the excessively high taxes, putative regulations on businesses, high energy costs, and shakedowns by government agencies, all creating an inability to compete across state lines.

The only leakage from that closure were the 250 employees who had to find work elsewhere. Manufacturing employees are traditionally well-paid, skilled, and have good benefits.

Steinberg, never having spent time in the private sector, nor ever signing the front of a paycheck, does not have a clue, and truly does not know what he is talking about. And that’s a bummer man.

With the unfriendly attitude Steinberg is showing to area businesses, is it any wonder that the Democratically-controlled California Legislature has such low approval ratings?