Holy understatement Batman! California is more than $127 billion in the red! 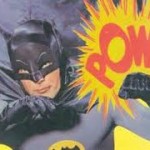 The California State Auditor recently released a report detailing California’s “net worth” as a state.

California is $127.2 billion upside down.

The Assembly Republicans California Budget Fact Check project explains: “As is a common annual practice in the business world, the Auditor totaled up all of the state’s unrestricted assets and income, and then compared them against the state’s liabilities to determine net worth. Factoring all of these things together, California had a negative net worth of $127.2 billion in 2011-12.”

The Budget Fact Check found:
* State spending on government activities still outpaced tax revenues, even though overall spending declined. This resulted in a drop in California’s net worth of $8 billion.

* Half of the state’s negative “unrestricted net assets” are the result of outstanding state bond debt for capital projects for school districts and local governments.

And, despite state spending decreases, the state’s net worth declined.

“The Auditor’s report found that revenue was relatively static during the 2011-12 fiscal year, decreasing by just $297 million from the 2010-11 fiscal year – or a 0.3 percent decline,” Budget Fact Check found. “But, even though overall spending declined, spending still exceeded revenues last year.” 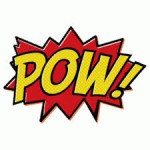 “It is important to note that one of the biggest factors in the state’s $127.2 billion negative net worth are debts incurred by state government for local projects,” Budget Fact Check reported.

The financial report notes that the state held $57.5 billion in “outstanding bonded debt.”

* Not All of California’s Liabilities Included in Net Worth Calculation

“It is important to note that the State Auditor’s financial report does not include all of the liabilities facing our state, which would negatively impact the state’s net worth even further,” Budget Fact Check said.

Read the Budget Fact Check report here. Imagine how your CPA would react if you played these accounting games with your finances.