SACRAMENTO — Driver’s licenses for illegal immigrants is back on the table and making its way through the Capitol once again. But this latest bill asserts a licensed driver is a safer driver, based on a new California Department of Motor Vehicles study. 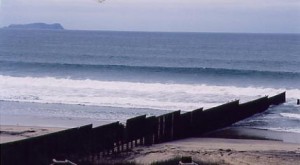 The study, “Fatal Crash Rates for Suspended/Revoked and Unlicensed Drivers,” found that, compared to licensed drivers, suspended or revoked and unlicensed drivers are nearly three times more likely to cause a fatal crash.

Supporters of issuing driver’s licenses to illegal immigrants have jumped on this report as evidence of the need.

The California Safe and Responsible Driver Act, Assembly Bill 60, would authorize issuance of a California driver’s license to all illegal immigrants residing in the state, as long as they can show proof identification.

But not just anyone can walk into the DMV and obtain a California driver’s license. AB 60 would only authorize DMV-issued driver’s licenses to illegal immigrants as long as applicants provide several forms of documentation to establish proof of identity, including:

* A residential utility bill or lease agreement, OR

* Other proof of Califiornia residence; AND

* “Other proof of California residence as designated by the DMV.”

Alejo said AB 60 would reduce fatal crashes and improve public safety. “Drivers able to get licenses and eventually insurance lead to safer roads,” Alejo said. ”We’re the state with the largest immigrant population. Many of those are undocumented in critical industries that couldn’t go without the work they do. Whether it be the agricultural industry, the restaurants, the hotels, they are already here. They are already working. It would allow them to learn the laws, traffic laws, allow them to get insurance while driving on the road, and it would make our roads much safer.”

But opponents say handing out driver’s licenses opens a can of worms in state and national security, and should be left to the federal government.

Dan Rosenberg, a citizen and the only opponent to speak at the hearing Monday, said AB 60 may have lots of support, but no one has provided evidence whatsoever to support the safer roads claim.

Rosenberg told the story of his son being killed by an unlicensed, illegal immigrant in San Francisco. “The District Attorney screwed up every aspect of the case,” Rosenberg said. His son’s death led him to research the statistics on unlicensed drivers and immigrants, and road safety. “This is not a debate about immigration, but about public safety. Licensing them would not make crashes fewer, or hit and runs less. There are bad drivers with licenses and bad without.”

“It sounds like you don’t want to hear the evidence,” Rosenberg replied.

All immigrants, legal or not, could get driver’s licenses in California until 1993, when legislation required all applicants to present a valid Social Security number to obtain one.

AB 60 is similar to bills authored by former Assemblyman Gil Cedillo, D-Los Angeles, to give illegal immigrants the legal right to drive in California. Cedillo tried unsuccessfully seven or eight times to get his bill passed, but not without a fight. Cedillo’s bill was passed by the Legislature three times, but vetoed twice by then-Gov. Gray Davis.

Davis finally signed one of Cedillo’s bills in 2003, and it became an issue during his historic recall election. Davis was hammered on the issue by candidate Arnold Schwarzenegger, who was elected to replace Davis. The Legislature then signed a repeal of the bill, and Schwarzenegger signed it into law.

The hearing for AB 60 was long and full of emotion as many Latinos showed up from all over the state to testify in support.

Lowenthal, the committee chairwoman, asked supporters to only provide their names, affiliations, and state if they support the bill. But there were many stories and short speeches given, some of which included an interpreter.

Supportive of a pathway to citizenship, PICO California, the largest community-organizing network in the state, had a large presence at the hearing, clearly having organized many of the supporters present.

But several legislators say this is an issue for the federal government, and not individual states.

In a statement, Assemblywoman Shannon Grove, R-Bakersfield, opposed the bill. “The Democrats can pass AB 60 on their own because they have overwhelming control of both houses of the state Legislature,” she said, according to a KGET report. “But, I don’t think the 50 individual states should be writing piecemeal immigration laws — this is something Congress needs to handle at the federal level. And, while there are some practical reasons that it makes sense to test and license any driver on our roads, how does a state government provide a document to drive legally, if the person came here illegally?”

Assemblyman Jeff Gorell, R-Camarillo, has been critical of piecemeal legislation, including AB 60, the Sacramento Bee reported. “The unintended consequences of these bills is to separate my constituents into categories and classes, promote cultural divide, and create legal tension between state and federal laws.”