Why I Am Running For Congress

[Publisher’s Note:  We are pleased to offer this original column submitted to the FlashReport by State Senator Mimi Walters, announcing her candidates for Congress in California’s 45th District – Flash] 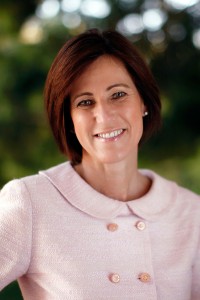 WHY I AM RUNNING FOR CONGRESS
Senator Mimi Walters

I am very honored to be able to announce my candidacy for the U.S. House of Representatives.  John Campbell has served the people of Orange County, California and the United States with distinction and with a commitment to a firm set of principles. He will leave behind some big shoes to fill.

Like Rep. Campbell, public office was not my first calling.  My professional career began as an investment executive for seven years at a major investment banking firm. I gained valuable experience, and saw firsthand how government put up roadblocks to economic growth. When I first entered public service I firmly believed, and still do, that our prosperity does not come from government, it comes in spite of it.

In two days we will be celebrating our independence with backyard barbeques, fireworks and parades.  The 4th of July is a good time to reflect on our nation’s history and the wisdom of the founding fathers.

One of my favorite quotes is from Thomas Jefferson’s first inaugural address, because it sums up my basic view about government.

“A wise and frugal government, which shall restrain men from injuring one another, which shall leave them otherwise free to regulate their own pursuits of industry and improvement, and shall not take from the mouth of labor the bread it has earned. This is the sum of good government.”

The truth about government is that the more it grows, the fewer freedoms we all enjoy.  Throughout my career in public service, which began on the my local city council and took me to the Assembly and now the State Senate, I have worked to create that “wise and frugal government” envisioned by Jefferson and to restrain government’s excesses and intrusions into our private lives and businesses.

– Fiscally Responsible Government.  Government by its nature seeks to expand its size and scope. Those who argue there is no more fat to cut from state and federal budgets, have not dug deep enough.  Spending restraint and deficit reduction will continue to be among my top priorities.

– Low Taxes.  One of the keys to our nation’s world economic leadership has been our historically lower tax rates compared to other industrialized countries. President Obama and liberals in Congress fail to grasp this important fact and seem intent on having us follow the way of the socialized economies of Europe.

– Strong Defense.  America faces many challenges, from the spread of radical Islam, the ever-present terror threat, the cyber warfare being waged upon us from overseas. While conventional warfare may be less likely in the future, the need for strength is dealing with all possible threats is even greater today.

These are just a few of the issues I am passionate about.  Representing our part of Orange County and being part of an institution that shapes policy for our great nation would be a tremendous honor.  Since its creation in 1787, fewer than 11,000 Americans have served in the House of Representatives (and only 247 of them have been women).

I am very proud to be able to announce that U.S. Representative Darrel Issa and U.S. Representative Ed Royce have already endorsed me. They are leaders in Congress working for the same principles I believe in and I look forward to working with them for the people of Orange County and America. More endorsements will be announced on my website today.  My campaign is up and running and my website is ready – MimiWalters.com. You can go there to endorse my candidacy, make a contribution, or find out more about my background.

Thank you to everyone who has encouraged me to enter this campaign and for all your support.