Diane Harkey has sued me for defamation and emotional distress. The comments upon which she has based the suit were spoken in response to a question at a political gathering. She claims that she suffered emotional distress over the following response: “Unfortunately, there has been a lawsuit brought by a lot of investors of modest means against her and her husband for defrauding them…there was a decision that those investors were defrauded and there is a judgment…” 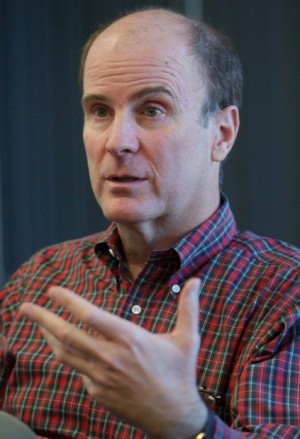 In her recent newsletter, Harkey referred to her husband as “..a successful Orange County businessman” who has had to “…contend with predatory lawsuits…” She further has claimed that the plaintiffs tried to use her status as a California elected official to “…garner press for their actions.” In other words, Harkey has identified the plaintiffs in at least one lawsuit against her husband, Dan, as predators and has further accused them of maliciously including her in the lawsuit simply to gain publicity. These are astounding charges against me and against severely damaged investors who have suffered substantial losses from investments made through Dan Harkey’s company—and many of them are her constituents.

I made the statement that both Diane and Dan Harkey were defendants in a lawsuit brought by investors in which they were accused of fraud. This was and is a true statement. I also made the statement that investors were defrauded as found in a judgment. Actually, the jury rendered a series of verdicts in which both Dan Harkey and his company were held liable for damages ($10+million and punitive damages) for elder financial abuse, breach of contract, and breach of fiduciary duty. While the verdict is in (so to speak), the judgment has yet to be entered. That does not make my statement either inaccurate or defamatory.

Diane Harkey may wish to parse words and quibble over the accuracy of a few words spoken by me in a political gathering—and then claim “emotional” injury. The substance of my comment was accurate; the extent of her “emotional” injury questionable. By contrast, the investors in Diane’s husband’s company suffered real monetary damages. Her concerns over the actions of her husband and for the investors are summarized in her characterization of the investors as “predators”. I understand Diane’s efforts to deflect public attention from the injuries to investors caused by her husband and the company by claiming to having been defamed in my remarks. That’s politics. I don’t understand how she can characterize investors who have been found by a jury to have been harmed by her husband’s actions to have been acting as “predators”. It demonstrates an indifference to the fates of investors who entrusted their money to Dan Harkey and his company. That attitude does not augur well for Diane’s efforts on the part of the public interest. Diane, I will not be bullied by your lawsuit against me and I will continue to fight for the victims of elder abuse and fraud.