Is Disagreement a Lost Art?

[Publisher’s Note:  As part of an ongoing effort to bring original, thoughtful commentary to you here at the FlashReport, I am pleased to present this column from FlashReport friend Clay Russell.] 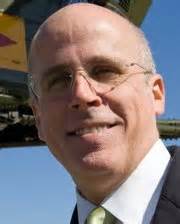 Passion is good. Apathy is the enemy of good government and I’m all for anything that draws people in to participate in their democracy, even if they’re pissed off. Anger is just as valid a motivator as anything else…maybe even better.

What I’m not for is nastiness, which I believe exists far too widely in political discourse, in government, in society. “I disagree with you” somehow became “You’re an awful person.” And worse…far worse.

The universal presence of social media contributes to the environment of spewing-versus-speaking. Tweets, Facebook posts and anonymous online comments don’t require much thought, so we’re all just a few keystrokes away from sharing our thoughts without thinking them through or filtering them. I’ve posted my own share of silliness (but managed to delete only some of it).

The result is that we’re awash in a cluttered, unattractive muddle of schoolyard taunts, name-calling and outright lies, at the expense of substantive debate. Is it too much to hope that there’s a civil middle ground between the Lincoln-Douglas debates and Rock’em Sock’em Robots?

To be clear, mine is an equal-opportunity frustration. I’m a Democrat but resent
MSNBC hosts’ use of the phrase “anti-immigration” to describe politicians who only oppose illegal immigration. I’m gay but don’t like the speed with which the word “hater” is sometimes applied to anyone who utters a word of criticism of any homosexual person.

A crude non-word I often see in social media is “libtard.” It’s arguable to what degree liberals are offended by that moniker, but to co-opt an old, offensive name like “retard” says more about the user than the target.

Likewise, to pay special attention to President Obama’s middle name with the clear intention of inducing xenophobia – to me that’s juvenile. If you don’t like the President or what he’s doing, surely there’s a better way to express that.

It definitely complicates things when we have to be so careful about language. Political correctness has a place but it’s a job unto itself, for example, to keep track of the “right way” to describe people who entered the United States without permission or overstayed their visas.

It complicates things when some rap musicians freely use the n-word in their songs but for the rest of us it’s so terrible we’re not allowed even to write it.

It complicates things when many in the gay and lesbian community have embraced “queer” as a descriptor. Is it OK or isn’t it?

Is this too-PC? Sure, we all have different thresholds for what’s polite and what’s over the line, but for something to be difficult isn’t to render it futile.

I could go on and on with examples. My bigger point, though, isn’t that it’s rude but that it’s counterproductive. Attacks on us as people lessen our willingness to listen, to be swayed, just…to talk.

I don’t expect everyone who reads this to agree with me, but I like to hope there can be a way for us to disagree – even to disagree passionately – and remain civil. We’ll get farther that way.