“What’s Good for the Goose…”

[Editor’s Note: We are pleased to present this original commentary from Paul Glaab, a Republican candidate for the 73rd Assembly District.]

“What’s Good for the Goose…”

It was exciting to see Assemblyman Brian Nestande recently support legislation that would place all California Legislators in the Health Benefits Exchange under the Affordable Care Act. Known by everyone (particularly by taxpayers and those who create jobs) as “ObamaCare,” it seemed only common sense that someone should require the liberal elites in charge of this state to take a hefty dose of their own medicine and for once step down from their lofty pedestals to endure the same challenges regular Californians must deal with. 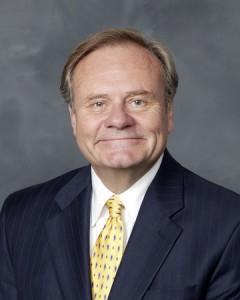 The only problem is that we all know Nestande is more than likely to replace Congressman Raul Ruiz since he is already running ahead of him in early polling. Meaning, we will have one less innovative leader in Sacramento. We need leaders in Sacramento who will stand for open government, conservative principles and will make sure that the government stops having one set of rules for politicians and government workers in the ivory tower, and another for the citizens.

One of the key legislative platforms of my campaign for State Assembly in the 73rd District to replace term-limited Assemblywoman Diane Harkey, is to introduce conservative legislation and implement key elements that highlight the failures of not only ObamaCare, but also of the Legislature. We need reform in Sacramento and the courage to “Speak Truth to Power.”

I will author legislation that requires staff working for elected officials in the legislative and executive branches of California government to be placed at the mercy of ObamaCare and give up what is not common knowledge…their Cadillac health plans. We all know politicians in Sacramento reward political operatives by keeping them on the state payroll part-time just to ensure they qualify for these luxury benefit packages.

I also plan to introduce legislation that will require all state employees to be placed in the Health Benefits Exchange. While it might be hard for the majority to stand against their largest campaign donors, I look forward to watching them vote for their donors over their constituents. For Republicans in the Legislature to win back majorities again, it will be essential for us to highlight these contrasts to make their districts aware that they have been representing Sacramento campaign donors instead of their constituents. We must be on the offense and make our opposition defend their failed policies with these positive reforms.

A final piece of the reform package that I propose will allow local governments and school districts to replace current health care benefits with the Health Benefits Exchange as well. This will free taxpayer resources to be used for educating our children, fixing our transportation system and putting more cops on the streets to protect our families instead of paying off political contributors with more taxpayer benefits.

While I expect this to cause consternation and attacks from the big labor bosses and the “elites” of Sacramento society, I am confident that this reform will be embraced not only by the 73rd Assembly District, but many others throughout the state. California needs leadership that will focus on actually governing, and stop worrying about the exception.

Paul Glaab is a Republican candidate for the 73rd Assembly District.