National media coverage has largely confused reasons for the current drought. We are now being told that global warming has caused the drought. 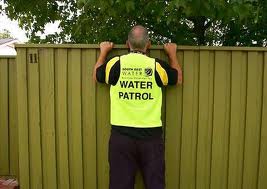 Perhaps a more realistic cause for the drought can be found in natural climate change, agricultural inefficiency, poor water storage planning, and urban development in arid regions.

Most of the media and public officials paint California farmers and ranchers as the biggest water wasters in the state. Yet they have made huge strides in improving efficient water management over the years — it’s in their best interest to do so, not only economically, but to save and conserve natural resources. Farmers and ranchers are some of the best, most efficient and effective conservationists California has.

And the misinformation campaign on this drought, water usage, and conservation continues.

According to the state-funded Save Our Water website, hosted by the California Department of Water Resources and the Association of California Water Agencies, the average California resident uses more than 360 gallons of water per day,

For the average Californian to use 360 gallons of water each day would be equivalent to draining more than 72 of the standard 5-gallon water bottles in most offices. Are Californians really using 360 gallons each, per day for showers, toilet flushes, car washes, dishwashing, and watering lawns and landscaping?

Broken down further by city, the state water agency claims Sacramento residents use 279 gallons a day per capita, while San Francisco residents use only 98 gallons. Comparing a dry, inland city to a damp, foggy coastal city is like comparing a Ferrari to a tractor – they are not comparable.

Sacramento has a Mediterranean climate with dry hot summers and mild winters. The Sacramento region is covered by approximately 75 percent of grasslands, more than 20 percent crops, and about two percent forest land.

Average Sacramento temperatures swing from a low of 38 degrees in January, to a high of nearly 100 degrees in July.

San Francisco occupies the tip of a peninsula halfway up the coast of northern California, surrounded on three sides by bodies of water.

While Sacramento is arid, dry and flat, San Francisco is laid out in a grid over more than 40 hills, which causes wide variations in temperature and sky conditions in different areas of the area. San Francisco’s average temperature swing is significantly less dramatic than Sacramento, from a low of approximately 55 degrees, to an average high of just 65 degrees.

The big lie about Palm Springs 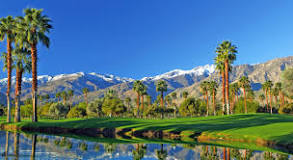 Recent news stories about the drought repeatedly cite a 2012 report from the California Department of Water Resources, which found residents of Palm Springs and Palm Desert, known for stunning, green golf courses, consume 736 gallons per person per day.

What is rarely reported, however, is there is a giant underground aquifer under desert cities; they have their own source of water. Palm Springs does not have to have water diverted from other areas.

Yet, Palm Springs residents’ water usage is compared to residents of San Jose, located in the Santa Clara Valley at the southern tip of San Francisco Bay. San Jose is on water meters, and residents are said to use 144 gallons per person, per day.

The California Center for Sustainable Communities at the Institute of Environment and Sustainability at UCLA is proposing Los Angeles residents, who use an average of 152 gallons of water per person, per day, be double metered: one meter for the inside of the house, and a second meter for outside, landscaping water usage.

However, the real goal is “’differential water pricing and increasing tariffs for outdoor water use’ that would ensure costs better reflect household incomes,” according to a recent Los Angeles Times story. “This system could help address a disparity that is most evident in the usage rates of higher-income Los Angeles’ residents, who on average use three times more water than residents of other areas,” the article said.

According to the new state water calculator, my husband and I use 273 gallons of water per day. But it’s not accurate.

Even with the water my husband and I use, we reclaim shower and sink water and use it to water outside plants.

My husband can even wash a car with a one-gallon bucket of water.

There is no way for the water calculator to credit us with these water savings. The site however, did credit us for all of our low-flow shower and faucet heads, drip irrigation, and water saver toilets.

The water calculator is helpful, but not accurate, and does not factor in many other home conservation measures.

So imagine my surprise when I received a brochure from my Assemblyman titled “Water Crisis: Ways to save water.”

The pamphlet could have been written by a Kindergartner, except for the old, hackneyed water saving ideas in it, obviously reused from the big drought in the 1970’s:

Turn the water off when brushing your teeth or shaving.

Do not water your street, driveway or sidewalk.

Use a hose with a shutoff valve.

Using the garbage disposal less, or flushing the toilet less as conservation measures just do not hold water.

The Gov is all wet

Gov. Jerry Brown also has some strange ideas about this drought, and California’s “privileged.” He has demonstrated what a redistributionist he is, rather than a conservationist.

“But there are some parts of California that are more privileged from the point of view of water availability than others,” said Gov. Jerry Brown in January. “So we have systems we can transfer it. But there are a lot of water rights. A lot of rules. So we got to cut through that and make sure those who need it most get the water to the extent that we have it available,” LA Weekly reported.

Anyone who owns a home and has water meters is acutely aware of water usage, and does not need to be told to fully load the dishwasher or washing machine. But others in the state are as well.

According to a recent San Jose Mercury News story, 42 communities, or about 255,000 homes and businesses in California, do not have water meters installed.

People without meters are charged a flat monthly rate in those areas for water, usually between $20 and $35 a month.

Under a law signed in 2004 by former Gov. Arnold Schwarzenegger, all urban water providers are required to install water meters to California homes and businesses by 2025.

Most household water is used and wasted in landscaping and yards. I live in a downtown Sacramento neighborhood full of environmental activists… who let their sprinklers run until the gutter is full, water the driveway and cars, and haven’t modernized old sprinkling and watering systems.

It’s not expensive or difficult.

Trickle irrigation and drip irrigation systems allow very small amounts of water to the base of the plants directly to the soil. The water is also placed where it will do the most good, rather than sprayed over the entire garden.

Lies my government told me

The long time political dispute between farmers and state and federal water regulators predates the latest drought, and will continue long after, unless some honesty takes place.

By focusing on worn-out political balderdash, many in the media have once again bypassed sincere analysis of the drought, the causes, and long-term ramifications.