Part lll – The Real Science behind ending global warming in California… or not.

In my first two stories about Dr. James Enstrom, Ph. D., The firing of James Enstrom: the dangers of bucking fashionable science, and Hell hath no fury like a bureaucrat scorned, I explained about the attempt to muzzle scientific debate at UCLA, and the ultimate wrongful termination lawsuit of Enstrom, a scientist and professor at the university for more than 35 years. 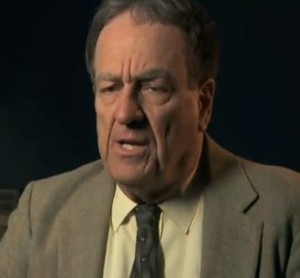 Enstrom challenged the scientific research that the California Legislature and California Air Resources Board used to enact clean air policies including regulating diesel fuel emissions. And then he was fired.

Enstrom exposed the cover-up of “junk environmental science,” and exposed a phony scientist at the California Air Resources Board, and the subsequent adoptions by the Legislature of the new regulatory laws stemming from the fake science.

Consequently, the university gave Enstrom his walking papers and figured he’d go quietly. But Enstrom is a real scientist, a man who has let the evidence speak for itself throughout his career.

How the CARB is regulating business

Enstrom’s two epidemiological studies show no ill health effects in the West, and no proof of causation from PM 2.5 exposure. Yet state and federal environmental agencies steadfastly refuse to acknowledge this, and instead forge ahead with their preconceived regulatory agenda.

For the past several years, more than 625 California businesses, with emissions exceeding 25,000 tons of greenhouse gas a year, have been required to report their annual carbon emissions to the California Air Resources Board.

This is verified by greenhouse gas emissions verifiers, trained and accredited by ARB.

The total number of tons of greenhouse gas emissions each business reports must be equivalent to the number of allowance permits issued by the CARB. Any emissions above what is allowed by the CARB must be purchased by the business at an auction, held by ARB.

And rather than using the money raised by the CARB carbon auctions on the backs of California businesses to that curb global warming emissions, according to a bill the Legislature passed, Gov. Jerry Brown absconded with more than $500 million of the cap and trade revenues for the general fund in 2012, and has proposed another $200 million to fund High-Speed Rail in 2014.

Is it any wonder UCLA and the CARB want Dr. James Enstrom out of their hair?

The California Air Resources Board has yet additional regulations pending that would render today’s trucking and heavy construction fleets inoperable in California. 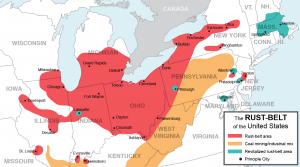 (Based on a map by B. Jennings and other sources, about the future of Utica, NY)

Enstrom proved scientifically that diesel particulate matter is found in heavy concentrations in the Northeastern Rust Belt states, not in California. Enstrom said in an interview that California has the cleanest air in the entire country.

However, the EPA ignored the geographic variation, and instead stuck with the company line, which allowed the American Cancer Society to raise millions of dollars, and the EPA to continue to impose strict regulations on auto and truck emissions.

Dr. Enstrom explained PM2.5 is defined by particle size, and not by chemical composition, as in the case of a gaseous air pollutant like ozone. PM 2.5 is generated mainly by combustion processes. The major sources of PM2.5 are forest fires, agricultural dust, industrial combustion, and diesel engines. Enstrom says these sources vary across the United States.

Enstrom exposed the EPA and California Air Resources Board, which blame PM2.5 with causing premature deaths.

According to Enstrom, all of California’s clean air regulations, including the 2006 Global Warming Solutions Act, also known as AB 32, are based on phony science, or no scientific data as in the case of the EPA and American Cancer Society, blaming PM2.5 for causing death.

Enstrom had prior run-ins with the American Cancer Society and EPA.

The EPA and American Cancer Society charged Enstrom with scientific misconduct in 2003 for in his role in a 2003 British Medical Journal study, which questioned the link between secondhand smoke and lung cancer among nonsmokers.

Enstrom was cleared of any misconduct, but bad blood remained within the American Cancer Society and the EPA against Enstrom.

And when the CARB began using this doctored science, Enstrom blew the whistle – not only on the science, but also on the CARB’s scientist, who had a phony Ph.D.

California already has recently imposted, very strict diesel regulations which require diesel trucks and buses that operate in California to be upgraded to reduce emissions.

Now there is even one more new bill authored by Senators Ricardo Lara, D-Long Beach/Huntington Park, and Fran Pavley, D-Agoura Hills, would create another Clean Bus and Truck Program at the Air Resources Board.

The bill, SB 1204, is sponsored by several special interest groups, including the Coalition for Clean Air, which claimed at a hearing last week, “goods movement in California has a profoundly negative impact on the environment, and especially to low income and people of color communities.”

“Forty percent of greenhouse gasses come from mobile sources,” Pavely said at the hearing. “Freight and goods movement are a big part of the puzzle.” Pavely said this was especially true in the Central Valley and Sen. Lara’s district, “greenhouse gas from truck fleets that crisscross the state.”

Pavely said the health concerns were as important an issue as climate change.

They are counting on funding for this new CARB program to come from future cap and trade carbon auctions. The CARB is currently defending two lawsuits which claim the cap and trade auctions are really just taxes, and used to extort money from the California businesses the CARB has deemed to be “polluters.”

SB 1204 passed out of the Senate Transportation and Housing Committee Tuesday, despite that they have no funding other than anticipate future cap and trade auction revenues.

Yet everything discussed about greenhouse gas emissions at the hearing has been refuted by Enstrom’s data and studies – and it is why he was fired.

Enstrom told me about a 2001 lawsuit with the Environmental Protection Agency, which went all the way to the U.S. Supreme Court. Eventually, and despite the evidence, the court found the EPA had the right to establish particulate regulations. But Enstrom said the lawsuit data, which was dubious, came from the American Cancer Society, and not from credible scientists.

After the big lawsuit win, Enstrom said the EPA became emboldened, and very aggressively and arrogantly began to expand regulations on air quality.

Enstrom also said, anytime scientists suspicious of the dubious data have tried to subpoena the American Cancer Society or the EPA, they are told neither entity can or will identify the data.

The EPA has stonewalled even the House of Representatives. The Science, Space, and Technology Committee has repeatedly requested and even subpoenaed records that the EPA release the data it uses to justify virtually every Clean Air Act regulation proposed and finalized by the Obama administration.

Enstrom has provided testimony to the committee.

According to the committee, by its own estimates the EPA’s proposed limits on ozone will cost taxpayers $90 billion per year, making it the most costly regulation the federal government has ever issued. Yet, some of the data being used is up to 30-years-old.

Enstrom and House members say the EPA’s lack of cooperation is quite suspicious, and most likely proves that the data sets do not support the agency’s actions.

According to Tom Tanton, who has 40 years experience in energy technology, and is a Senior Fellow with American Tradition Institute, the Environmental Protection Agency has been conducting dangerous experiments and clinical trials on human participants over the past few years, in order to justify more onerous clean air regulations.

The Daily Caller also just reported the EPA conducted tests on people with health issues and the elderly, exposing them to high levels of potentially lethal pollutants, without disclosing the risks of cancer and death, according to a newly released government report.

According to Tanton, because the participants weren’t warned ahead, or about the EPA’s statements on PM 2.5 were false (the allegedly lethal pollutant), the case was thrown out of court on a technicality.

The Obama Environmental Protection Agency has been exposed for conducting dangerous experiments on humans over the past few years in order to justify more onerous clean air regulations.

According to The Daily Caller, the EPA conducted five experiments in 2010 and 2011 to look at the health effects of particulate matter, or PM, and diesel exhaust on humans. PM was involved with Enstrom’s exposure of the CARB’s junk science.

The Inspector General’s report found that the EPA did get consent from some of the people in five different studies, “exposure risks were not always consistently represented.”

The EPA, and the California Air Resources Board have publicly warned of the dangers of particulate matter, and used their science findings to impose strict regulations on business owners in the state.

However, the EPA appeared to downplay them in their scientific studies on humans, the Daily Caller reported.

Yet despite the junk science, and even the exposure of these sketchy human experiments, California’s Democratic lawmakers continue to forge ahead as if none of this ever happened.