Another Earth Day has come and gone, and with it, a great deal more environmental hypocrisy. Most of the practicing Earth Day disciples are largely hypocritical, and are just as likely to be as significant consumers of the Earth’s resources as anyone else. 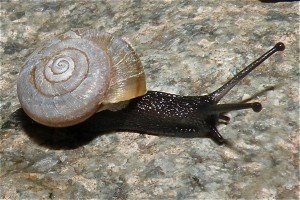 But hell hath no fury like a righteous environmentalist with a big budget and a bevy of lawyers.

The Golden Queen Mining Company of Vancouver is one company which knows this well. The mining company is building a Kern County mine to extract gold and silver, following a lengthy permitting process. But Golden Queen has faced a big setback: The Center for Biological Diversity filed an emergency petition in January with the U.S. Fish and Wildlife Service, to halt the mining project.

The United States has created many government agencies and departments to oversee environmental issues, including the Environmental Protection Agency, created in 1970. The Fish and Wildlife Service was started in 1940, state and federal  coastal commissions, and numerous others on the federal, state, regional and local level all have rather subjective control over the environment, and ultimately, growth.

Along with government agencies, there are also many private and non-profit groups making it their business to “protect the environment” and America’s wildlife.  The list is long, and most notably at the helm is the Sierra Club.

The lesser known group, but even more detrimental to people and business, is the Center for Biological Diversity. This group is active on many fronts claiming to protect various mammals, reptiles, invertebrates, amphibians, birds, and fishes. And, they use the legal system to go after private businesses in pursuit of this goal.

There’s gold in them thar hills!

The Mojave desert is home to the first new gold and silver mine in Kern County in decades. The Golden Queen Mining Company already completed a lengthy permitting process, is expected to be mining for more than 15-years on Soledad Mountain.

But Golden Queen, a Vancouver company, which has already begun work building the mine, has met with a business-killing blow: The Center for Biological Diversity filed an emergency petition with the U.S. Fish and Wildlife Service, to halt the mining project.

The Center for Biological Diversity sent a letter two weeks ago to Fish and Wildlife claiming they have 675,000 members and supporters including members in southern California where the Golden Queen is trying to mine.

All of the permits had already been issued to the Golden Queen Mining Company, when Tierra Curry, a biologist with the Center for Biological Diversity, stepped in and said if the mining company is allowed to move ahead with the gold mine, the process will destroy most of the world’s population of Mohave shoulderband snails.

Tierra Curry is very familiar to federal environmental agencies. Just this year, she has been the lead contact person for many environmental lawsuits halting development and mining projects, including an April 7 lawsuit over the Alabama crayfish, a March 7 petition for a beach plant species, the removal of two plant species from Endangered Species Act protection in February, the removal of a fish from ESA protection on February 12, and another attempt to remove a fish from ESA protection on February 5.

The Center for Biological Diversity filed a petition with the U.S. Fish and Wildlife Service to protect the snail under the Endangered Species Act in January., which began a 90-day process for USFWS to decide whether or not to propose including the Mohave shoulderband snail, Helminthoglypta greggi, on the Endangered species list.

In the meantime, the mine owners are challenging CBD’s petition.

The mining company found “the Center’s assumptions, arguments and conclusions lack scientific support. In the terminology of the USFWS, “the Petition does not present substantial scientific information sufficient to convince a reasonable person that action by the USFWS may be warranted.”

The Vancouver, Canada-based Mining Company also said the Petition by CBD relied on “incorrect and incomplete information with respect to both science and the Company’s Soledad Mountain Project.”

“The majority of the biological information presented in the Petition is generic or pertains to other snail species,” the Mining Company said. “To the extent the Petition discusses the Mohave shoulderband in particular, the statements rely on a 500 word, 80-year old academic journal note that does not meet modern academic standards, and unpublished data gathered by the Petitioners but withheld from the USFWS and the public.”

Additionally, Golden Queen said the Center did not participate in prior environmental proceedings or comment on any biological reports that were made available to the public, according to KCET news.

Jobs growing at a snail’s pace

While aerospace and alternative energy projects, including solar and wind farms, are the current growing industries in Kern County, the addition of Golden Queen mine would help boost the economy, and add more than 160 high-paying jobs.

Mojave had 12 percent unemployment in December.

Mining jobs offer high pay, with an average annual wage of approximately $78,000, according to the National Mining Association in Washington, D.C.

But, the mining association says state government has done little to encourage mining, while simultaneously setting forth increasingly strict regulations.

In California, there were 518 mining operations in 2011 with gold dominating in metal production. The state ranked fifth out of 11 states where gold was produced in 2011 with $324 million taken out of the ground, according to the California Geological Survey.

Who is the Center for Biological diversity?

The Center for Biological Diversity has a budget of $7 million, 62 full-time staffers and 15 offices nationally, in locations from Washington, D.C., to Silver City, New Mexico, according to High Country Times. “By filing hundreds of lawsuits and countless petitions against the federal government, the center has won the listing of 380 species as threatened or endangered. It also says it has secured 110 million acres of critical habitat and proposed another 130 million acres. CBD has won a reputation as the country’s most militant large environmental group, one that seldom shrinks from controversy.”

The Center for Biological Diversity was founded by Peter Galvin, Kierán Suckling and Todd Shulke, ex-forest service workers, in 1989. “To donors, their motives may appear altruistic,” reported the Society of Conservation of Bighorn Sheep. “To the informed, they look more like a 20-year quest for revenge for their firing.”

To understand the role lawsuits play in the strategy to list and add endangered species, High Country News asked one of the Center for Biological Diversity’s founders, Kierán Suckling, to explain: “New injunctions, new species listings and new bad press take a terrible toll on agency morale. When we stop the same timber sale three or four times running, the timber planners want to tear their hair out. They feel like their careers are being mocked and destroyed — and they are. So they become much more willing to play by our rules and at least get something done. Psychological warfare is a very underappreciated aspect of environmental campaigning.”

The Interior Department must respond within 90 days to petitions to list species under the Endangered Species Act. Otherwise, petitioners like the Center for Biological Diversity get to sue and collect attorney fees from the Justice Department.

The Center also shakes down taxpayers directly from Interior Department funds under the Equal Access to Justice Act, and for missed deadlines when the agency can’t keep up with the broadside of Freedom-of-Information-Act requests. The Center for Biological Diversity has two imitators — WildEarth Guardians and Western Watersheds Project.

Kierán Suckling, who directs and helped found the Tucson, Ariz.-based Center for Biological Diversity, boasts that he engages in psychological warfare by causing stress to already stressed public servants. “They feel like their careers are being mocked and destroyed — and they are,” he told High Country News. “So they become much more willing to play by our rules.”