How to Spend the Cap and Trade Riches, Part ll

Part ll in a two part series. Part l can be found here.

Last week I wrote about a recent Senate Budget Committee cap and trade hearing and the billions of dollars expected to be generated by the Air Resource Board’s cap and trade auctions. 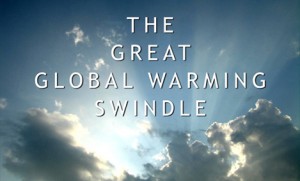 One of the issued I posed was the original purpose of passage of AB 32, the legislation under which the cap and trade hearings are conducted. AB 32, California’s Global Warming Solutions Act of 2006, established the goal of reducing greenhouse gas emissions statewide to 1990 levels by 2020.

With so much money expected to be generated from the cap and trade auctions, the line for handouts and schemes is long. Yet if the real goal is to reduce greenhouse gas emissions, many involved in the process say the Legislature should give the money back to the businesses it taxed, to help the companies lower their emissions.

Throughout the four-hour hearing, only one differing point of view was offered, from Sen. Joel Anderson: “For the uber rich, it does not impact them. Not how they buy their toilet paper, or the cars they drive,” Anderson said. But it does change my constituents’ ability to live, and live free.”

Every other person or lawmaker who spoke was without question, supportive of the life-altering regulations and plans under Ab 32, and the authority of the Air Resources Board.

The cap and trade regulation places a “cap” on aggregate greenhouse gas emissions from businesses and entities responsible for approximately 85 percent of the state’s emissions.

In the implementation the cap-and-trade program, the California Air Resources Board allocates a certain number of carbon allowances to the businesses. According to the CARB, each allowance equals one ton of carbon dioxide equivalent. The CARB provides some allowances for free to designated businesses. Other businesses are required to purchase allowances at auctions. Once the allowances have been allocated, entities can then “trade,” buy and sell the allowances, in order to obtain enough to cover their total emissions for a given period of time.

The hearing and the money

Senator President Prop Tem Darrell Steinberg, D-Sacramento, and Sen. Kevin De Leon, D-Los Angeles, made a presentation at the June 3 hearing, and indicated they have decided how the “trough” of cap and trade money will be spent.

Steinberg said his cap and trade spending plan would allocate:

De Leon said the biggest emitters are from cars on the roads driven by those with low income. “They need access to low-emission or zero emission cars,” De Leon said.

However, according to my math, this adds up to 105 percent. 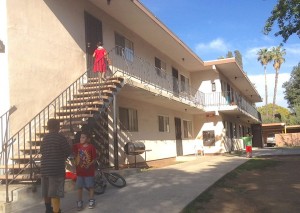 De Leon talked about his bill from 2011, SB 535, which required investments in California’s most impacted and disadvantaged communities. The bill requires a minimum of 10 percent of the revenues from AB 32’s market-mechnism(s) to be invested in disadvantaged neighborhoods, to enhance or initiate projects that reduce emissions, and help address the climate crisis.

De Leon said his bill “would provide jobs in a low-carbon budget.”

During the discussion about inclusionary housing projects, De Leon used Oakland as an example, and said “the median income is skewed because of gentrification. Numbers skew the reality.”

“And, San Jose, for example, individuals who suffer from carbon emissions,” De Leon added. “We want to make sure that the methodology we use, does not overlook them. Don’t want to skew those numbers. We’re very sensitive of these communities.

Rail funding – ‘not accountable to anyone’

“Whatever the formal construct is, we want to be sensitive to meet needs of these communities,” De Leon said. “Our goal is to distribute the dollars under criteria under SB 535.”

“Inner city rail, which could be looked at as part of HRS vision, some has already been invested in converting diesel in some communities,” Sen. Bill Monning, D-Carmel, said. “I’m curious about how you arrived at 5 percent allocation.”

“Inner city rail may have a broader impact on commuter workforce.”

Sen. Hannah Beth Jackson chimed in: “The costs of High-Speed Rail have arisen exponentially. Californians for reasons I don’t understand, love our cars.”

“The greenhouse gas issue, is also a quality of life issue,” Jackson said. “Wouldn’t it make more sense if we create a long-term investment, created a rail department, under the Department of transportation – to integrate it?” she asked.

“I believe strongly that – this is not hyperbole – Los Angeles Union Station can possibly be the busiest hub in the future – surpass Union station in New York,” De Leon said. “Growth in terms of cost, unanticipated, has a negative impact on the electorate,” De Leon added. It’s why we voted on this initiative.”

“I’m going to harken back to this issue; I’m proud of framework and construct, and our principles – this based on a set of principles,” De Leon said. “How we do this is going to be absolutely critical for us. It could become ‘A trough without a vision for California.’”

Jackson asked why not integrate all rail? “Wouldn’t that do what you want to do?”

“The key word is ‘connectivity,’ and what we voted on in the legislature,” Steinberg said. “Now what we are doing here, is putting forward what you are suggesting Sen. Jackson, is putting forward an integrated plan. It will be up to our state government in the future, who will administer rail, make sure it is in fact, a coordinated approach.

“One part of that three-part transportation plan, does not work if it stands alone: High-Speed Rail, inner city, and transit. We need to do all three; the long-term plan seeks to do this,” Steinberg said.

Steinberg said, “if you don’t lay the foundation, you don’t get to the second part. The first part is a comprehensive funding strategy. Next part is to work with the administration to reorganize state government to insure…”

“The process is not now integrated,” Jackson interjected.

“If transportation is the ultimate part of greenhouse gas, why is it you only come up with 60 percent funding – why not 75?” Sen. Carol Liu, D-La Cañada, Flintridge, asked.

“We endeavored to find the most compelling parts of the need,” Steinberg said. “The alternative vehicles must be a part of it. Green innovation must be part of it. These numbers may change. But we’re talking significant money here. It’s a permanent source – our communities and state can plan for future.”

“In order to meet goals of this issues, we need to think about our infrastructure,” Liu said. “I’d encourage you to up that.”

“I appreciate this alternate proposal,” Sen. Marty Block, D-San Diego, said. “There’s not a lot of detail here. That’s’ a good thing. Sometimes locals know better how to spend, and the places where cities can build in what they need.”

The king of the world does not use public transportation

“This report is the entirely right concept in how we are going to reduce our greenhouse gas emissions,” Sen. Jim Beall, D-San Jose, said. “And setting this for not just California, but rest of world.”

Beall continued: “Jobs and poverty are going into the suburbs, once only in cities. It’s going to get very expensive to drive a vehicle around in this world. They are going to need transportation. This has to prove how its going to improve, measurable, quantifiable action for the project.”

“If we don’t, we’re not doing our job,” Beall added. “I’m an advocate for a process that really is a performance process for measuring greenhouse emissions reductions, other wise this is just another government program that gives away money.”

The world is watching us

Sen. Loni Hancock, D-Berkeley, weighed in: “History will be watching. So the details will be important. Integrated rail transportation up and down the state will be critical. Right now many transit districts operate on a shoestring. They have to cut routes.” 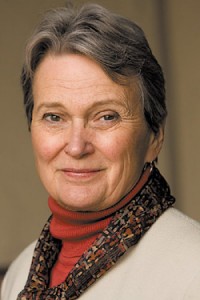 “Housing piece will be critical,” Hancock added. “More and more developers in my area, as part of the planning, have been giving transit passes to residents. We should look at ways of incentivizing that sort of thing. It should be easy and affordable to use.”

Hancock continued: “I am very interested in definition of ‘disadvantaged,’ and how it’s going to plan in. The Port of Oakland – there is horrible pollution from the port. The City of Richmond… northern Contra Costa County has nine oil refineries in it! …Disasters and air pollution. The question is, ‘what is timeline for working these things out?’ I assume this will be discussed with the governor and air board in the next two weeks. Will there be trailer bill language? We need to close some of those detail gaps.”

Steinberg said his commitment, before the first dollar goes out, is how to ensure disadvantaged communities are paid appropriate attention.

Hancock asked what the metrics are for measuring greenhouse gas emissions projects. “How will those metrics be established? Is the Air Board doing that?”

Steinberg said the Air Resources Board is deciding on the metrics, in consultation with the regions.

Making modifications ‘as we see fit’ 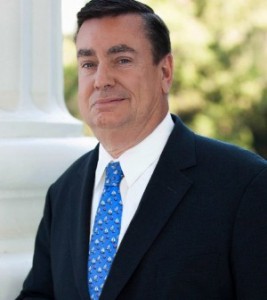 Sen. Joel Anderson, R-La Mesa, had a different perspective. “As I look through your bill, I’m trying to figure out how this would work. I’m wondering down the road, as things change, some areas may excel, how would that be addressed?”

De Leon said if some projects are much more efficient than others, “we’ll have to move pieces. We always have that flexibility as a legislative body.”

“This is part of an open discussion, De Leon said. It’s the overall portfolio, as time moves forward, as we start achieving carbon red goals. This is a fluid, a dynamic document. This is exciting. We can make the modifications as we see fit.”

“The natural resources, and wetland, restoration, etc… sounds great,” Anderson said. “But area where I live, we are ravaged by fires.”

Steinberg said there are already existing sources of funds outside of cap and trade to address these.

The fire fee only goes to educating people through brochures – not boots on ground fighting fires,” Anderson said. “Fire fee is more of a punishment.”

Anderson continued: “Laying this out, the clean vehicles rebates, means test on receiving rebates… Everything we are doing with this costs money – makes poor people poorer. This is not creating jobs in low-income communities.

In my area, as we start to limit how they can get to their jobs, how are we prioritizing those folks?”

“For the uber rich, it does not impact them. Not how they buy their toilet paper, or the cars they drive,” Anderson said. But it does change my constituents’ ability to live, and live free.”