Thank Oil and Gas For Your Comfortable Lifestyle

By Tom Tanton and Katy Grimes

Many in America have grown convinced the world would become Utopia if it wasn’t for evil, dirty oil. Ironically, these oil critics are always successful beneficiaries of the U.S. free enterprise system. When they demonize oil profits, they show just how misinformed they are.

The relationship between oil and gas, and humans, is inextricably linked. As a nation’s economy grows, its oil consumption naturally follows suit. 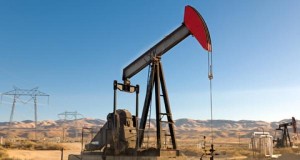 Would America be a better place without the “Big Oil” and gas industry? Or is the vehemence behind demonizing oil and gas just a ploy for extracting exorbitant and punitive taxes? The oil and gas industry is already one of the highest taxed industries. Government receives six dollars in taxes for every dollar of company profits, yet that’s never enough.

There are far too many in the U.S. who long for the day when “Big Oil” goes completely bankrupt – but life without it wouldn’t be very nice.

Oil is the one source of energy that has done so much for us, carrying us across the river from poverty and destitution, to riches and abundant leisure. Oil has given us unimaginable products and services, and the unlimited ability to roam and travel.

Oil developers have consistently given back in reinvestments to double and quadruple their contribution to a better world, and to dramatically reduce environmental impacts even with increased consumption.  Driven by technology advancements funded largely by oil companies, air pollution and greenhouse gas emissions have been cut so dramatically that the number of ‘bad’ air quality days in Los Angeles, for example, has dropped by two orders of magnitude.

Thanks to the extraction of oil through horizontal drilling and fracking, not only will we achieve the holy grail of energy independence, but are predicted to become a net exporter of oil and gas by 2025. The U.S. is on track to supply more than 20 percent of the total world supply by 2020. Take that, OPEC!

Serious drilling operations haven’t even started in the Utica Shale, which underlies much of the northeastern part of the US, which is said to contain the richest deposits of natural gas and crude oil in the country. With the excavations in North Dakota’s Bakken Shale alone, enough gas had been discovered to carry on for generations ahead.

Since 2008, natural gas prices have decreased by almost 75 percent. And, California sits atop a resource bigger than Utica Bakken formation, and Texas’ Eagle Ford formation, combined.

Can we open our hearts to even just a little gratitude, for the tremendous contributions by the oil and gas industry?

Petroleum products are everywhere in modern society and include transportation fuels, home and heating oils, oils for electricity generation, asphalt and road oil, and the feedstocks used to make chemicals, plastics, and synthetic materials found in nearly everything we use today.

Here’s a partial list of the vast catalog of products and material goods made possible by oil and gas: 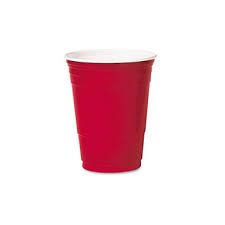 Nearly 74 percent of the 6.89 billion barrels of petroleum consumed in the U.S. in 2013 went to gasoline, heating oil and diesel fuel, and jet fuel, according to the U.S. Energy Information Administration.

The following is a breakdown of petroleum products and their relative share of U.S. consumption in 2013, according to the EIA\:

“If you enjoy the site of blue whales and lush green forests, you also have the oil and gas industry to thank,” James Hahn with Drilling Info recently wrote. “If it weren’t for the mass production of oil, whales would have gone extinct well over a century ago.”

Yet the drum-beating narrative from the left is oil is bad. And anyone who uses oil is also bad.

But is opposition really widely held, or just a vocal set of elites and hypocrites?

These jobs amount to $40 billion in total labor income, and $113 billion in value added, accounting for 5.4 percent of total Gross State Product in California, according to the Western States Petroleum Association.

California remains the third highest taxed state for the oil and gas industry despite the bleating that ‘California is the only producing state without a severance tax.’

With $155 billion in California state budget spending, the economic contribution by the oil and gas industry not just significant, it is imperative.

Oil and gas reinvestment, will result in reducing carbon dioxide emissions and expand energy affordability.  Investments in greenhouse gas emissions total more than $150 billion since 2000 — more than any other industry or the federal government.

America’s energy production renaissance has allowed the U.S., already lower in carbon intensity than most places, to even further lower its carbon emissions.  Thanks to horizontal drilling and hydro-fracturing, natural gas has replaced significant amounts of coal for America’s electricity generation, even while coal has cleaned up.  Aggregate emissions are higher for the U.S., but that’s simply because we produce more to feed, clothe and house the rest of the world. Responsible for more than 30 percent of worldwide GDP, the U.S. is only responsible for about 20 percent of greenhouse gas emissions, reflecting our stellar efficiency.

Making it harder to produce goods and services in California, because of punitive taxes and heavy regulation, means more production will occur elsewhere, with the net effect of worsening environmental quality.

Oil and gas, along with modern energy in general, have increased health and welfare through modern energy. Life expectancy over the last 100 years has doubled in America, and childhood mortality has plummeted, as sanitation and water quality have improved, automation has replaced hazardous jobs, expanded agricultural production and refrigeration deliver nutritious foods year round, and modern medicines have been developed from petroleum feedstocks.

Thank oil and gas for your lifestyle

Americans experience far less drudgery and far more comfort through the modern conveniences, many thanks to oil and gas — laundry, cooking, home heating and cooling. And they can travel distances never before imaginable, expanding their knowledge and appreciation for other cultures by actually meeting people in exotic locales.

Over the last five years, half of our nation’s economic growth has come from the oil and gas industry. Why would we want to destroy this?

Tom Tanton is Director of Science and Technology for the Energy and Environment Legal Institute.

Katy Grimes is an investigative journalist, Senior Correspondent with the Flash Report, and long-time political analyst.