The troubling trend towards mono-political news viewpoints is a well funded project. Activist groups masquerading as news outlets have very clear agendas, and big budgets. Any actual journalism happening along the way appears to be more of a byproduct by well-meaning employees.

Many of these groups focus on environmental, economic, and “social justice” issues, and receive commensurate, sizable grants.

The Voice of OC, a self-described non-profit investigative news agency “dedicated to in-depth coverage of Orange County government and politics,” was formed in 2009 primarily with backing from the Orange County Employees Association (OCEA) – a public employee labor union.

Don’t spend too much time trying to find any startup information on the main page of the Voice of OC website, disclosing that they were funded with, and continue to enjoy, tremendous financial support from the OCEA.

The 2009 Voice of OC startup initially received $56,265 from the Orange County Employees Association, according to Charity Navigator. Since then, the OCEA has been far more generous to the “non-partisan” news organization – 63 percent of all of the Voice of OC’s funding comes from the OCEA labor union.

85 percent of their funding comes from labor unions and Democrat donors.

15 percent of their funds come from The California Endowment, best known for high profile campaigns in support of ObamaCare, (“Health happens when we dream together”), and in favor of expanding taxpayer funded programs to undocumented immigrants.

Guidestar lists funding for the Voice of OC, also known as VoicesforOrangeCounty.org:

• Ethics and Excellence in Journalism Foundation, 2/11/14, $100,000 to Investigative News Network for “General support and for ‘Impaq.me,’ a new ‘click and share’ online donor project using social media as the engager.”

• Ethics and Excellence in Journalism Foundation, 8/13/13, $75,000 to Voice of OC for “investment in building the infrastructure of the organization, particularly around diversification of revenue streams to support ongoing investigative and accountability reporting.”

The Voice of OC was created in 2009 by “a group of Orange County Democratic and liberal leaders,” the Liberal OC blog reported. “Spearheaded by former state Sen. Joe Dunn, a Democrat from central Orange County,” the site “will be funded with a $140,000 start-up grant from the Orange County Employees Association, the county’s largest union,” the Liberal OC reported. “Organizers will also seek donations, foundation money and PBS-style memberships.”

Voice of OC has big union backing, yet claims to be a non-partisan news source. And, shockingly, the OC Register recently announced a content-use deal.”I’m sure both Kushner and Santana will justify the agreement as a simple syndication deal on both ends, just like how the Reg and most dailies buy stories from the Associated Press,” the story said. 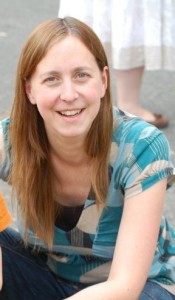 However, Voice of OC steadfastly refused to disclose the source of their funding until journalistLeslie  Brodie filed a complaint with the IRS in 2011.

“To date, this request to produce Voice of OC’s tax returns has been ignored, despite the clear mandate by the Internal Revenue Service to fully comply with such requests. As such, reluctantly, the undersigned filed this complaint,” Brodie wrote.

“As public service to the community, The Leslie Brodie Report publishes* a complaint filed with the Internal Revenue Service against Orange County’s Nonprofit Investigative News Agency, DBA Voice of OC,” Brodie wrote, charging noncompliance with tax laws against the tax-exempt Voice of OC.

“On September 1, 2011, Orange County’s Nonprofit Investigative News Agency and Voice of OC (collectively, “Voice of OC”) were duly served with a request for production of IRS Form 990, Form 990 Schedule A, and Form 1023. (See Exhibit 1.),” Brodie’s complaint says. “To date, this request to produce Voice of OC’s tax returns has been ignored, despite the clear mandate by the Internal Revenue Service to fully comply with such requests within 30 days.”

Thanks to Brodie, IRS records for Voice of OC are online now, and shows David Westphal is a senior fellow with USC’s Annenberg Journalism School in Los Angeles, and affiliated with the Knight Digital Media Center, funded by the Knight Foundation.

Interestingly, and not coincidently, the Knight Foundation has been a significant contributor to the Voice of OC.

“There are indications of a back-to-the-future trend in labor funding for the news,” Westphal said in the 2009 article. “Just in the last several months, two labor unions in southern California have provided six-figure funding for very different kinds of operations – Voice of Orange County, an independent news site working toward a January launch, and Accountable California, a direct arm of Local 721, Service Employees International Union.”

“Voice of Orange County and Accountable California are simply a revival of a kind of journalism that permeated American life in the late 19th and early 20th centuries – labor-backed newspapers,” Westphal said.

Focusing Their “Ink” On Those In Disfavor With OCEA

The “poster child” for obsessive coverage by this “non-partisan” non-profit-run website has been Republican Orange County Supervisor Janet Nguyen, who is also the GOP nominee for a competitive State Senate seat. Nguyen’s Democratic opponent, Jose Solario, is a darling, and competent ally of the labor movement.

“Last August, Voice of OC reported that Nguyen, in her role as CalOptima board member, may have violated the Levine Act, when she voted for $300,000 in contracts with Costa Mesa lawyer Todd Theodora, including one vote just days after Theodora contributed $1,800 to her re-election campaign,” Voice of OC reported.

The Levine Act was passed in 1982 to prevent vote-and-contribute transactions. The Voice of OC continues to report on this issue and Nguyen, despite the Orange County District Attorney clearing Nguyen in February.

But according to several reports from the Vietnamese community in Orange County, the Voice of OC’s obsession with Nguyen went too far. “There are now numerous complaints from Vietnamese-Americans in Little Saigon about basically thugs claiming to be ‘Investigative Detectives’ from Voice of OC knocking on their houses and businesses,” The Little Saigon blog reported. “The Labor Unions and Democratic Party funded a blog called Voice of OC, and of course Jose Solorio (Democratic candidate for D34 State Senate race) are really going after County Supervisor Janet Nguyen (R) and her campaign.”

There are other non-profit news organizations, and I worked for one. However, and presumably, a public employee union would need to have one hell of a justification to its members for spending hundreds of thousands of dollars on a “news website” every year, wouldn’t you think?