CA Air Resources Board – No Legislative Oversight, No Rules, and Nothing to Stop It

The California Air Resources Board is a state agency completely out of control. With no oversight by the Legislature, as the California Constitution calls for, Mary Nichols, ARB Chairman, is setting policy on behalf of this regulatory body, for the entire state. 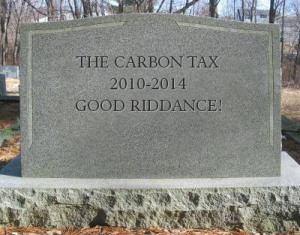 The ARB has taken a great deal of liberty, particularly with its interpretation of AB 32, California’s Global Warming Solutions Act of 2006. The ARB devised a cap-and-trade system whereby it holds a quarterly auction program “requiring many California employers to bid significant amounts of money for the privilege of continuing to emit carbon dioxide — or be faced with closing their doors in California, laying off their employees, and moving their businesses to other states,” the Pacific Legal Foundation recently said.

The PLF is suing CARB over its cap-and-trade scheme, calling it an “unconstitutional state tax.”

The ARB issues carbon allowances and businesses are required to buy or sell these in the open market. As other countries are finally acknowledging carbon taxing does not work, California’s Air Resources Board, with the blessing of state Democrats, continues to push for more stringent regulations and taxes on California businesses and taxpayers.

California politicians and regulators decided they wanted to be a global leader in the environmental movement — even with no tangible results by the effort. California’s very stringent greenhouse gas reduction measure, AB 32, will accomplish absolutely nothing on a global scale, partially due to the fact that the emerging economies of China and India want to raise the standard of living for 2 billion people, which will require energy production and consumption that dwarfs the output of California.

The other complication in California is there are no available alternative energy sources in existence today sufficient to meet the energy requirements of our state, despite the Legislature’s passage of the Regional Portfolio Standard in 2011. The environmentally restrictive Renewable Portfolio Standard, mandates that California obtain 33 percent of all electricity from renewable resources by 2020.

The small amount of alternative energy available is more expensive, unreliable and insufficient than the energy sources we are currently relying upon.

Tony Abbot, Australia’s new Prime Minister, just claimed victory after a five-year campaign against carbon pricing. As Australia ends its carbon tax, which accomplished nothing, California’s tree-hugging, die-hard environmentalists remain convinced they are going to save the planet from global warming.

Abbot also launched a new campaign against the Labor Party’s promise to take a replacement emissions trading scheme to the next election.

“That carbon tax has cost three prime ministerships, confused the voting population, and achieved pretty much nothing,” Phillip Hutchings wrote. “Other market dynamics have been far more important in changing Australia’s greenhouse emissions, yet it’s politically insensitive to mention them. “The sanctimoniousness of such a tax in Australia is breathtaking,” Hutchings said.

There is no robust economic analysis of the AB 32 or the Regional Portfolio Standard used to date, and their marginal costs and benefits. A thorough economic analysis of the board’s carbon reduction measures is needed to decide which ones should be eliminated, tweaked or expanded because they are working. Currently, there is no measurement of AB 32’s successes and failures, and the Legislature is trying to water down the economic measurements for the RPS.

The Air Board updates its AB 32 “scoping” plan every five years, and plans to adopt its latest revision in May. However, it won’t conduct a comprehensive economic analysis of its blueprint until 2018.

No Cost Analysis for RPS

The Democrats in charge know that a marginal cost analysis would make it harder to get public support for the steps necessary to achieve the 33 percent reduction — the last, or marginal, unit of reduction is always the most expensive, and it could be considerably so with such a big ordered reduction.  Marginal costs will be much higher than any (supposed) marginal benefits. This doesn’t play into the Democrats’ narrative, so they want to do away with this very necessary cost measurement.

The ARB is tasked with implementing AB 32, which required the state to lower greenhouse gas emissions to 1990 levels by 2020.  The politicians and green lobbies told voters this energy tax would create jobs—the same fairy tale many in Washington are repeating today.

California was already on track to continue improving air quality prior to AB 32 through the used of more natural gas, and with technologically advancements in cars and industries.

America reduced its greenhouse gas production by 20 percent without the benefit of AB32, or the federal version known as cap and trade, naturally from industry’s shift to natural gas from coal. Americans will naturally use cleaner and cheaper sources of available energy without being forced to through punitive regulations.

It makes very little sense for California — one state — to unilaterally impose hefty taxes and regulatory costs on its own industries given that reductions on global temperatures will be infinitesimal or non-existent.

The economic impact is already making the once Golden State even less attractive to start or expand a business, which is why a marginal cost analysis is needed.

We are bleeding businesses and jobs and people.

California lawmakers have embraced and allowed the adoption of this regulatory onslaught, and are using it to bolster the state’s existing already excessive regulations, designed to control and kill-off business, wound the oil and gas industry, and limit agriculture. While Republican lawmakers frequently talk about how many businesses are leaving the state or closing due to the state’s overarching regulatory environment, it’s no longer an argument; that’s exactly what the ARB and environmental extremists behind the plan want to happen.

Republicans need a new message and direction – starting with demanding the constitutionally required legislative oversight of the Air Resources Board.

Millions of Californians are facing a lower quality of life and will be unable to heat or cool their homes properly, pay their rent or mortgage, or save for college and retirement.