Two years ago, I wrote about how the California Air Resources Board, with help from Democratic Assembly Speaker John Perez, D-Los Angeles, figured out a way to exempt itself from the state’s open meeting act, yet another blatant example of California Democrats doing whatever they can to operate in secret.

Government Code 11120, the Bagley-Keene Open Meeting Act, is explicitly exempted in the language of budget trailer bill SB 1018.  ”That was the final nail in the coffin of transparency,” a Capitol staffer commented.

Currently, AB 194, by Asemblywoman Nora Campos, D-San Jose, would allow local agencies, city council and county bodies, to adopt “reasonable regulations” to limit public comment, including time limits. However, According to Campos in January, Assembly Bill 194 would not remove any of the powers of those overseeing a board meeting. It “would give the people a chance to be heard in a public setting,” Campos said.

The California Special Districts Association, in opposition to AB 194, says “public comments during an open meeting can address a laundry list of issues, both on and off the agenda,” according to bill analysis. “Members of the public can also address agenda items that are listed as informational/discussion only or action items that require a vote.”

“AB 194 would add a violation that results from a single board member’s action, specifically when the presiding chair or president limits criticism  during the public comment period.”

This is exactly what has occurred with the Air Resources Board, and Mary Nichols, ARB Chairwoman. 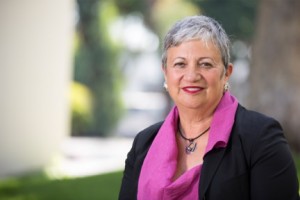 In 2012, a legislative cover-up involved the ARB and WCI, Inc., the corporation created by California Air Resources Board to manage the cap and trade auctions. The problem is that Western Climate Initiative Inc. was formed in Delaware. Delaware is not subject to California state open meeting or sunshine laws, leaving many questioning why the ARB opted for such secrecy. The only reason to register the corporation in Delaware is the lack public or legislative scrutiny on any of their meetings or actions they take.

Despite attorneys pointing out the legality issues, WCI, Inc. exists. Specifically, this appears to be an illegal statute, if it functions as it is actually written in SB 1018, the bill which allowed the ARB to be exempted from California’s Open Meetings Act, because it does not conform with the California Constitution, Article I Section 3, which states, “The people have the right of access to information  concerning the conduct of the people’s business, and, therefore, the meetings of public bodies and the writings of public officials and agencies shall be open to public scrutiny.”

Closed meetings may render WCI’s decisions invalid, and all such business may be required to be conducted again, with full public scrutiny. But it appears that WCI Inc. and the CARB believe their system will be so fail-safe they don’t need scrutiny.

The ARB operates like no other state agency. The rogue agency conducts its business in private, without the scrutiny of the public it is accountable to. Despite legislative and public outrage over the shroud of secrecy at CARB, former Assembly Speaker John Perez is said to have crafted the language for SB 1018.

The ARB’s Board of Directors meet monthly. I have witnessed meetings abruptly end during public comment, or when Nichols is challenged by a member of the public.

Many members of the public often drive for hours for a chance to speak on-the-record. They are forced sit through three and four hours of CARB-friendly panel discussions before public comment is ever allowed.

And often, after only a few public comments, Nichols will announce that the meeting is adjourned, and cut off the long list of members of the public wishing to make comments.

Nichols, in her signature lordly style, usually adjourns meetings before dissenting public comment could cause alarm over her disastrous cap-and-trade program and spending plans. Here is a video from 2012 showing that Nichols clearly had no plans to listen to the public for very long.

Legally, not any public body, including CARB, cannot exempt itself from the Bagley-Keene Act of 1967, which states “the meetings of public bodies…shall be open to public scrutiny.” Transparency measures are used as a means of holding public officials accountable in order to fight corruption.

Known formally as the Bagley-Keene Open Meeting Act, it officially implements a provision of the California Constitution, which declares that “the meetings of public bodies and the writings of public officials and agencies shall be open to public scrutiny,” and explicitly mandates open meetings for California state agencies, boards and commissions, according to Ballotpedia.

If that is not enough clarity, the open records act also reaffirms, “The people of this state do not yield their sovereignty to the agencies which serve them. The people, in delegating authority, do not give their public servants the right to decide what is good for the people to know and what is not good for them to know. The people insist on remaining informed so that they may retain control over the instruments they have created.”

“The act applies to all state bodies, boards, and commissions including advisory boards and private corporations on whose board at least one member of a state organization serves in an official capacity as representative of the state and which receives funding from the state,” reported Lawrence J, McQuillan, Ph.D, in “Bringing more sunshine to California: How to expand open government in the Golden State.”

“To counter the powerful incentives facing elected and appointed public-sector officials and government employees to conceal information and operations, ‘sunshine laws’ have been enacted to open the doors of government so the public can view the debates, decisions, and actions of government and the outcomes of government policies,” McQuillan said.

The California Legislature appears to be headed in the wrong direction.

Consider how state government employees and officials feel about the open records act, in this quote from a 2004 “Handy Guide to the Bagley-Keene Open Meetings Act,” written by the California attorney general’s office: “Operating under the requirements of the Act can sometimes be frustrating for both board members and staff.”

But democracy requires that they conduct open meetings anyway.