Politicians Lie About Their Love For the Middle Class

Destroy the middle class in America, and Socialism takes over – economic growth is killed, people turn on each other, free speech is attacked, the government grows and becomes more tyrannical, and individuals are not treated equally under the law. And, subsidies grow as it becomes more “profitable” not to work, and trade effort for leisure.

Corporations and special interest groups fund politicians in return for favorable treatment by government, which leads to regulations on the rest of small businesses and working society. 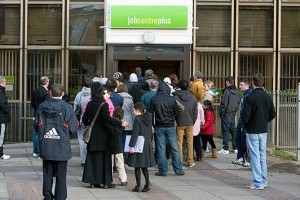 The Obama administration has imposed at least 36 regulations since 2009 that have resulted in higher costs — from energy, to mortgages, to cars, to food, and household goods.

Add California regulations and taxes into the mix, and it’s goodbye ‘California Dreamin’ and hello Pine Bluff, Arkansas, Monroe, Louisiana, or Albany, Georgia, the poorest cities in America, according to 24/7 Wall Street.

A study by the Manhattan Institute predicts the cost of electricity in California alone could jump 47 percent over the next 16 years, because of California’s Regional Portfolio Standard Mandate of 33 percent renewable energy by 2020 –  more expensive unsustainable, unpredictable, renewable energy.

In November 2012, PG&E filed its General Rate Case  Application with the California Public Utility Commission requesting to raise its customers’ rates for the period from 2014 to 2016.  PG&E requested these increases:

This is the game. The energy companies always go to the PUC requesting huge increases, and the PUC grants more “modest” increases, but always grants increases.

On June 18, 2014, the CPUC issued its Proposed Decision allowing the following rate increases:

Electricity prices are expected to quickly double, having already risen more than 30 percent since President Obama took office. The average family electricity bill is anticipated to be $600 per month, by the end of Obama’s term, there Los Angeles Times reported.

What is going on? Is this “recovery?”

Liberals love their electric coal cars, but don’t ever acknowledge where the power comes from to charge the batteries – Coal. In fact, 30 percent of our energy comes from coal — electricity is not naturally occurring in nature..

It’s ironic how much liberals hate Big Oil, yet their Birkenstocks, bicycle helmets, and inhalers are made possible by oil and gas.

“Some of the renewable-energy projects being built in California are so expensive that ‘people are going to get rate shock,’ according to Joe Como, acting director of the Division of Ratepayer Advocates, the consumer advocacy arm of the California Public Utility Commission,” the Manhattan Institute reported. “‘In the long run,’ he said recently, the approval of overpriced renewable energy will harm ‘the states’ efforts to achieve greenhouse gas reductions.'”

The false cost of water

Brown just signed the latest water bond Wednesday, which will be on the November ballot asking voters’ approval to issue $7.1 billion in new bonds, with $445 million to come from previous debt sales. But the bill is full of ‘Pork,” unnecessary side deals benefitting certain lawmakers and special interests:

— Language requested to ensure the San Gabriel Valley aquifer that can store more water than the Folsom Dam can be cleaned up and used for those purposes.

— Even language to amend the definition of “disadvantaged communities” to ensure certain cities can compete for funds.

“Thirty-years ago, the U.S. national debt was about one trillion dollars,” explained Michael Snyder of The Economic Collapse Blog.  “Today, it is almost 17 trillion dollars.

Snyder explained the U.S. national debt is now more than 23 times larger than it was when Jimmy Carter became president. If the US even started paying off just the new debt accumulated during the Obama administration at the rate of one dollar per second, it would take more than 184,000 years to pay it off.

“40 years ago, the total amount of debt in the United States was about 2 trillion dollars.  Today, it is more than 56 trillion dollars.  At the same time that we have been running up all of this debt, our economic infrastructure and our ability to produce wealth has been absolutely gutted.  Since 2001, the United States has lost more than 56,000 manufacturing facilities and millions of good jobs have been shipped overseas.  Our share of global GDP declined from 31.8 percent in 2001 to 21.6 percent in 2011.  The percentage of Americans that are self-employed is at a record low, and the percentage of Americans that are dependent on the government is at a record high.”

In December 2007 the UE rate went back down to 5.0 percent. When the economy tanked in 2008, the rate rose to the 6 percent range in December, at 7.3 percent — all according to the Bureau of Labor Statistics.

President Obama’s low of 8.1 percent unemployment cannot be compared to the highest unemployment rate during President Bush’s entire eight years in office at 7.8 percent.  We are in a very troubling economy.

Higher Costs All Around

Whether we are talking about higher gas prices, home energy costs, phone and utility costs, groceries, or national debt, this President, and this California governor, are costing taxpayers, the middle class, working people, and the working poor, a great deal more than ever.

While there are many jobs that pay very well thanks to entrepreneurialism, training and certain higher education specialties, most Americans work for somebody else.

And most middle-Americans are barely making it month-to-month.

“More than half of all working Americans are living paycheck to paycheck, and more than half of all working Americans make less than $30,000 a year,” Snyder said. “Once upon a time, anyone that was responsible and that was willing to work hard could get a good job in America.  But now those days are long gone.  Instead, we live at a time when good jobs are disappearing and when the middle class is getting smaller with each passing year.  In some homes, the husband and the wife are both working multiple jobs and they can still barely pay their bills.  Something has gone horribly wrong, and yet our leaders just keep telling us how wonderful our economy is.”

The world is not fair, and often fools, cowards, liars and the selfish hide in high places. – Bryant H. McGill