The News Crisis: Entertainment, Activism, and No Accountability

Every disaster brings with it the predictable hysterical 24/7 news cycle.

The OJ Simpson trial of 1995 was a classic example of the news media turning the trial into a circus. The pundits and commentators described everyday’s events like a football game, noted Gerald Uelmen, Santa Clara professor of law, and co-counsel for the defense in the O.J. Simpson trial.

News rooms of the Left 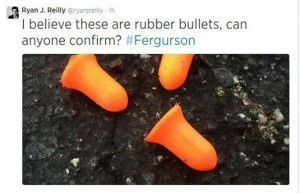 Today, entire newspapers and newsrooms act like arms of the left, while still claiming to be unbiased. A friend in the newspaper business for 40 years slightly disagreed with my assessment, and explained most of them aren’t purposely left-biased in the sense that they deliberately and consciously distort. He said, they do report from the assumptions of their worldview, which is largely secular, left-wing and favorable to big government. That’s how they see the world and anything that deviates is regarded as deviant and portrayed as such.

I agree with him, but also note that far too many in the media are also bold activists.

“In the late 1960s and 1970s, it was extremely difficult for public officials and public figures to win libel judgments against news organizations,” said Bob Caldwell, a long-time journalist and the first ombudsman at The Oregonian. “But in more recent years, concerns that the press has misused that latitude to invade the privacy of public figures — whose private conduct may have no bearing whatever on the democratic process — have resulted in court decisions that have narrowed the media’s latitude. Public perceptions of the media have changed, too.”

The Sacramento Bee editorial board is so unabashedly biased to the left, they only sporadically allow a right-of-center columnist on the opinion pages. They even got rid of their ombudsman. Caldwell said editors who think they can adequately listen to consumers without assigning someone to the job are simply kidding themselves.

“Bad journalism drives out the good,” Professor Uelmen said. “A corollary of this lesson is that journalism abhors a vacuum.”

very When I wrote columns for the Bee, I wrote data driven, researched, political opinion columns. But I was challenged with a different set of standards for my submissions than the plethora of obviously liberal contributors. Despite proving my research was valid, Bee editors finally just stopped responding to me, rather than admit they were holding me to a different, impossible standard, and didn’t want my opinion on their pages. 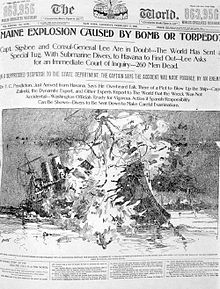 Sensationalizing news is even more evident in local television news.  The local television news channels in Sacramento where I live, made a shift from legitimate news reporting, and started dramatizing People Magazine-type stories in soundbites, using odd camera shots and exaggerated facial expressions, peppered with lots of arm drama, and excited voices. It’s embarrassing to watch, and grossly unprofessional.

Most recently, local news has moved from serious news reporting to advertising for local businesses, and telling Hollywood stories as if they are news, while ignoring actual local news and political issues. The Sacramento City Council and County Supervisors are rarely mentioned in local news, yet have weekly meetings which impact Sacramento policy.

And, adding insult to injury, local news stations openly shill for big government projects, such as the taxpayer subsidized  Sacramento Kings basketball arena project, despite a 2006 voter smack down of the same arena subsidy.

“Yellow journalism,” a style of newspaper reporting that emphasized sensationalism over facts, is an expression which goes way back in history, however is relevant today.

Yellow Journalism  helped to push Spain and the United States into war in 1898. The Maine, a U.S. battleship, sunk in Havana Harbor from an internal explosion. The naval ship had been sent there as a display of U.S. power in conjunction with the visit of a Spanish ship to New York, in an effort to defuse growing tensions between the United States and Spain.

Newspaper publishers Joseph Pulitzer and William Randolph Hearst, who had for several years been selling papers by fanning anti-Spanish public opinion in the United States, published rumors of plots to sink the ship, according to the U.S. Office of the Historian.

Although the competition between Hearst and Pulitzer was fierce, their newspapers were both openly Democrat Party supportive.

Gubernatorial candidate Neal Kashkari issued a recent news release announcing he has accepted five debate invitations – with the Sacramento Bee/Capitol Public Radio/KCRA; KGTV and KPBS in San Diego; Univision; KSEE and KGPE in Fresno; and KFBK in Sacramento – while Gov. Jerry Brown has not yet responded, the Contra Costa Times reported. “Governor Jerry Brown is hiding under his desk,” Kashkari said in the news release. “Every voter in our state deserves to know exactly what Jerry Brown plans to do if he’s elected to an unprecedented fourth term.”

This tactic is not new; U.S. Senator Diane Feinstein, ignored her opponent, Elizabeth Emken, during the 2012 Senate race. “She refuses to debate challenger Elizabeth Emken, she runs from reporters, and now there is news that Feinstein will not meet with the editorial boards of California’s newspapers,” I wrote in 2012.

“What prompted her to walk away from Mark Matthews, the ABC reporter during an interview at the Democratic convention? ‘She (Emken) really wants to debate you,’ Matthews told Feinstein during the brief interview.”

“I’m running my own campaign. Thank you Mark,” Feinstein said. “Feinstein needs to be reminded that this is a race for the U.S. Senate — not a coronation,” I said. “She’s the only U.S. Senator running for reelection who will not debate her opponent.” 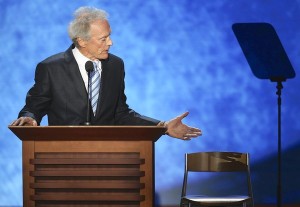 This can only happen with the assistance of the media. While five radio, television and newspapers have offered debate forums for a Kashkari/Brown debate, they are also responsible for making hay out of Brown’s refusal to debate, which is where this appears to be headed.

California voters need to demand debates. Jerry Brown needs to be reminded this election is not a coronation, as those around him appear to believe it is.

Clint Eastwood proved that it can be done effectively.

Meanwhile, where is the accountability for the media? We can eventually vote Jerry Brown out of office — but not the Sacramento Bee.