Statists and Sex Puritans Redefine The Meaning Of The Word “YES”

Sexual encounters often tragically occur where usually both parties are very drunk. Sexual consent isn’t thought of until the next day when regret sets in. 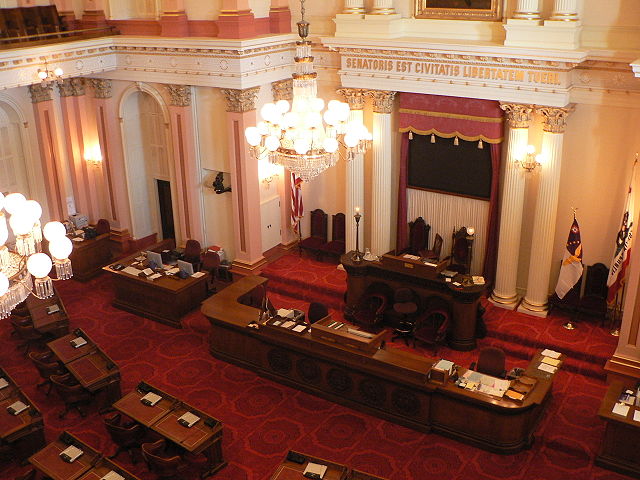 Yet, young men are increasingly being charged by female students and college administrators, of sexual misconduct — even when accusers cannot remember the events because of intoxication. Right or wrong, young men are subjected to a minimum of academic discipline, and many times, brought up on more formal, serious, and even criminal charges.

Apparently, there ought to be a law.

Protect Liberties Of the Citizens

The Latin inscription emblazoned over the dais of the State Senate Chamber says, “Senatoris est civitatis libertatem tueri” — It is the duty of the senators to protect the liberty of the citizens.

However, we now only protect the liberties of some in California, and usually it is those with enough money to lobby the Legislature. Even Gov. Jerry Brown, who loves to drop Latin phrases from time to time, isn’t paying heed to this Latin phrase.

It depends on the meaning of the word “yes”

California has achieved another first-in-the-nation policy: The Legislature and Gov. Brown have embraced the feminist notion that women claiming rape should always be believed, and more importantly, never questioned.

Concurrently, all presumption of innocence of young males, and “innocent until proven guilty,” has been casually, and unconstitutionally, tossed aside.

Gratuitous feminists across the country are celebrating. Finally, sex will be treated as “sexual assault” unless the participants discuss it “out loud” prior to sex, and “demonstrate they obtained verbal ‘affirmative consent’ before engaging in sexual activity.”

The California Legislature has declared sex “a contractual event,” and redefined consensual sexual relations as “rape” if it occurs on a college campus. SB 967 says silence and a lack of resistance do not signify consent, and drugs or alcohol do not excuse unwanted sexual activity.

It is still unclear how classifying most consensual sex as rape, will do anything to help real rape victims.

SB 967 grossly violates the due process rights of college students accused of rape. Many university policies already step in before the police are notified, and prevent the accused from hiring an attorney, violating due process rights. The universities’ policies trample on proper police procedure and on other constitutional protections – for the victim and accused.

University disciplinary panels are not made up of trained judges, police officers, legal mediators or attorneys, and instead are made up of university employees. They have an interest in protecting the university, and not the rights of the accused, and victim.

Real rape is a crime. Acts of rape need to be properly processed as such, and criminal police procedure needs to be strictly adhered to.

This virtual wave of campus rape in fact, does not exist. What spurred this bill was a program by the White House, which declared sex crimes to be “epidemic” on U.S. college campuses. The White House claims one in five students is a victim of sexual assault while in college.

This dubious figure has become an article of faith and rallying cry among radical feminists pushing government intervention into colleges’ handling of sexual assault claims.

On the campus of University of California, Davis, near Sacramento, of the 34,155 total students, 19,468 are women. If the chances of women at U.C. Davis being sexually assaulted really are one-in-five, there should be thousands of sexual assaults reported that campus each year.

In “The new campus sex puritans,” Margaret Wente, writing in the Globe and Mail, said sexual violence now includes such offences as “criticizing the partner sexually” and “withholding sex and affection” – “things that in my day were known as ‘being in a bad relationship.’”

Violent crime, including sexual assault, has been declining for more than 20 years, while at the same time, universities across the U.S. have redefined the meaning of “sexual violence” to include anything that makes a woman feel badly, including regret.

Whether intentional or not, these legislators and thoughtless feminists have provided everyone a bill of goods. They’ve trivialized rape and sexual assault, while disparaging all young men.

Instead of addressing the degrading hook-up culture young women have come to accept, they’ve turned their sites on men, again. And instead of counseling female students not to binge drink lest they find themselves in regrettable situations, California legislators, and the governor have reclassified consensual sex, as “rape.