It isn’t often a political journalist gets the chance to interview a great Hollywood actor, much less one with a distinctive sense of right and wrong, good and evil. 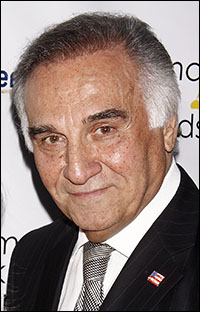 Long time actor and conservative activist, Tony Lo Bianco, best known for “The French Connection,” is currently touring with his former Broadway and Emmy-award winning one-man show, “The Little Flower.”  The show is set in the 1945 City Hall office of Fiorello H. La Guardia, during his final day as three-term mayor of New York City. La Guardia is famous for fighting against corruption and actually was successful cleaning up New York city politics.

While Lo Bianco’s new show will undoubtedly be fascinating, I will do a follow up story after seeing that show in November in Los Angeles.

We spent most of the interview discussing his opposition to the New York Metropolitan Opera’s new production of “The Death of Klinghoffer.” This controversial musical is about the brutal murder of a disabled Jewish-American veteran, who was shot and thrown overboard by the Palestinian terrorists who hijacked the Italian cruise ship, Achille Lauro, in 1985.

Interestingly, Lo Bianco is also an activist, participating in live protests of The Death of Klinghoffer, which has been called anti-Semitic and a musical celebration of the senseless murder by Palestinian monsters of a defenseless, elderly Jewish New Yorker.

On October 7, 1985, the Palestine Liberation Front hijacked the Italian cruise ship Achille Lauro, demanding the release of Palestinian prisoners held in Israel. The PLF shot wheel chair-bound, retired 69 year old Leon Klinghoffer, in the head, and then threw his body and his wheelchair overboard.

Abu Abbas, the terrorist who masterminded the hijacking, escaped to Yugoslavia. He was eventually captured by U.S. Special Forces in Baghdad, but not until 2003. He died in U.S. custody in 2004.

I asked Lo Bianco why the Met is producing The Death of Klinghoffer, now. “To put on an opera to find any kind of understanding of the enemy, you would have to be on the side of the enemy,” Lo Bianco said. “America is currently in troubling times, with terrorists threatening to annihilate this country in one way or another. This is not the time to put on a play, opera or movie that promotes the enemy,” Lo Bianco added. “ISIS, Palestinians, Hamas, Iranians and Al Qaeda, want to drive Israel off the face of the Earth.” He warned: “they will come for America.”

Lo Bianco said it baffles him why Americans refuse to believe the terrorists’ threats. “They need to be wiped off the face of the earth.”

We spoke about why The Death of Klinghoffer is anti-Semitic. Lo Bianco said the play was specifically done because Klinghoffer was a Jew. “Killing him because he is Jewish is no different than being killed for being Christian, or any religion different from the terrorists,’” Lo Bianco said. “Israel is our greatest ally and the only democracy in the Middle East. It is baffling that we don’t do anything. They must be supported with everything we have.” 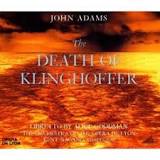 I asked Lo Bianco why many American Jews, particularly in New York, do not support Israel, and why he thought this administration was turning its back.

“People don’t talk history any more,” Lo Bianco said. “We need to learn from history.” Instead Lo Bianco said we are romanticizing terrorists in this opera production. “Israel is our ally.”

Lo Bianco pointed out that Met General Manager Peter Gelb, is Jewish. “Who Needs an Opera That Promotes Terrorists?” he asked.

The Death of Klinghoffer actually opened in 1991, but was criticized for being too sympathetic to the terrorists, who refer to themselves as “freedom fighters.”

“Why do we need to put on an opera that is promoting and interpreting the other side of the terrorists?” Lo Bianco asked. “Israel is our friend and ally.”

Opposition to the Opera

The Anti-Defamation League successfully lobbied to cancel the worldwide broadcast of the Met production, but the live show will open this week, and will run into November.

“In advance of the opening of The Death of Klinghoffer at the Metropolitan Opera tomorrow night, the Anti-Defamation League released a statement by Lisa and Ilsa Klinghoffer, the daughters of Leon Klinghoffer, which will also be featured in the playbill.”

This is a portion of their statement:

Twenty nine years ago, our 69 year old, wheel chair-bound father, Leon Klinghoffer, was shot in the head by Palestinian hijackers on the Achille Lauro cruise ship. The terrorists threw his body, along with his wheelchair, overboard into the Mediterranean. A few days later, his body washed up on the Syrian shore.

Tonight, as you watch The Death of Klinghoffer, a baritone will play the role of Leon Klinghoffer, and sing The Aria of the Falling Body as he artfully falls into the sea. Competing choruses will highlight Jewish and Palestinian narratives of suffering and oppression, selectively presenting the complexities of the Arab-Israeli conflict. The terrorists, portrayed by four distinguished opera singers, will be given a back story, an “explanation” for their brutal act of terror and violence.

This is the show the New York Metropolitan Opera insists is worthy of entertaining audiences.

Terrorism is irrational. It should never be explained away or justified. Nor should the death of innocent civilians be misunderstood as an acceptable means for drawing attention to perceived political grievances. Unfortunately, “The Death of Klinghoffer” does all of this and sullies the memory of our father in the process.

(Tony Lo Bianco’s “The Little Flower” is playing November 2 and 3, at the James Bridges Theater in Los Angeles.)