One of the biggest scandals to ever rock Sacramento is currently taking place. 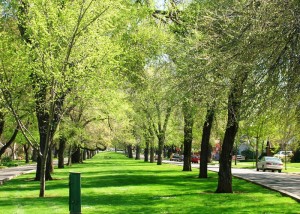 The monumental scandal was exposed last week by the local weekly newspaper, Sacramento News and Review. So far, The Sacramento Bee is silent on the scandal.

Despite civil-engineering experts who say most of the city’s water pipes are in perfectly good shape, the city of Sacramento is spending at minimum, $474 million to install Sacramento’s new water meters in several downtown neighborhoods, SN&R reported.

While not unique to California, fraud, corruption and scandal is apparently how Sacramento city government rolls.

While Sacramento’s Mayor Kevin Johnson has dubiously distracted city taxpayers with his delusions of NBA arena grandeur, he and Sacramento City Council members have been orchestrating one of the biggest hustles the city has ever seen, behind closed doors.

This is the very same Mayor Johnson who wanted Executive Mayor powers under a Strong Mayor system through the un, deux, trois, quatorze-defeated ballot initiatives.

Throwing out the baby with the… water mains

The story uncovered massive waste, fraud and abuse in the city’s water meter program, which will amount to several hundred millions of dollars of unnecessary hard costs and interest costs.

The City of Trees is quickly becoming the city of destruction, with the downtown streets torn up for water pipe replacement, and construction crews blocking entire lanes of traffic downtown for arena construction.

Assembly Bill 2572 by Democrat San Diego Assemblywoman Christine Kehoe, passed in 2004, requires all water services in California cities to be metered by the year 2025. The bill was signed into law by Gov. Arnold Schwarzenegger.

At the root of the waste is the Sacramento’s decision to abandon perfectly good water mains in the backyards of city residences, as well as tearing up city streets to move the water mains into the front of homes. The city’s decision to install water meters in sidewalks instead of placing them in homeowners’ lawns, adjacent to sidewalks, as most other neighborhoods do throughout California, is only one component of the issue.

This destruction is being done in Sacramento’s most beautiful old neighborhoods, full of older, architecturally classic, stately homes, and neighborhoods full of history.

“One cost driver is that the city’s paying $50 million more to install water meters in sidewalks, rather than landscaping them into lawns or dirt, the way it’s done in a majority of California cities subject to the state mandate,” SN&R said. Many deduce this was done to drive up project costs, along with ramping up union labor.

The Sacramento City council approved the sale of $234 million in bonds in 2013 partly to pay for the project, despite a chart included in a 2012 review of the water-meter program which showed that 58 out of 82 areas in the city slated for water-main replacement had no water-main breaks requiring repair in recent years, SN&R reported.

City water rates have increased 10 percent each year over the past three years. “The DOU acknowledges the rate hikes will continue. According to local watchdog group Eye on Sacramento, a family of four could well pay a utility bill of more than $250 per month by 2025, about twice the current bill,” SN&R reported.

The city is paying $50 million more to install water meters in sidewalks, rather than landscaping them into residents’  lawns.

Lies my government told me

The story exposes years of official lies, and the behind-the-scenes manipulation of a reportedly independent, official review. The subsequent, arrogant rejection of an official city auditor’s requirements to stop the water meter installation, and gross misrepresentation of the recommendations of a key focus group and an outside expert, only serve to further damn the fraud.

One of the key perpetrators of the corrupt water meter program was a city engineer convicted of a felony for stealing and selling used city water meters in 2008. “A former high-ranking DOU official, who ended up being sentenced to federal prison for accepting kickbacks, played a role in convincing the city council of the merits of the sidewalk plan in 2005,” said the SN&R.

Despite well-researched warnings, the city went ahead with the plan, clearly having decided ahead the plan they wanted implemented and executed.

Eye on Sacramento, the premier Sacramento think tank and public policy watchdog group, did a report in 2012 on the city’s water and sewer infrastructure rehabilitation plan, which also addressed the water meter installation plan. EOS previously exposed much of this.

In the report, they:

(2) warned the city that current Department of Utilities senior management lacked the experience and expertise to competently oversee a project of this magnitude and complexity and urged that experienced management be brought in to run the program.

The city council rejected both of their recommendations.

“One of the fairly predictable byproducts of such insularity and inadequate oversight has been regular instances of abuse and scandal, ranging from large scale misuse of DOU funds in violation of Proposition 218, as revealed by the Sacramento County Grand Jury in its report of January 2010, to failure to perform basic due diligence on the authenticity of performance bonds submitted by DOU contractors, to theft rings operating out of DOU facilities (leading to felony convictions of supervisory personnel) to major accounting lapses that kept the DOU from being able to account for thousands of water meters for several months,” EOS reported in 2012.

“A scandal that has received no public attention to date, but is highly relevant to this inquiry, is the DOU’s failures in recent years to spend revenue increases on promised infrastructure improvements.”

Dept. of Utilities managers promises to the city council were patently false.

“Over the past several years, DOU managers have diverted funds from rate hikes that had been explicitly earmarked for infrastructure improvements and then used such for other purposes, most often to pay higher employee salaries and benefits to members of politically powerful city unions,” EOS reported.

“The project’s buy-now, pay-later financing means it will likely cost more than the new Kings arena, according to SN&R’s estimates.” Estimates for the Mayor’s “vanity arena” are more than $375 million. Many expect the costs of both projects to significantly increase, due to currently understated cost estimates, as well as future anticipated union labor costs.

“Councilman and Assembly member-elect Kevin McCarty says he is concerned about the impact on residents. He said that before any new bonds are passed, the city council should ‘take a hard look at the program,’” said SN&R.

The story also reveals that meter installation contractors have been negligently breaking gas lines, exposing homeowners to deadly explosions reminiscent of the 2010 PG&E San Bruno gas pipeline explosion, which killed eight, injured more than 100, and destroyed 38 homes.  Unbelievably, the current Dept. of Utilities director was unaware of the gas line breaks by his contractors, until the author of the SN&R article told him.

Had the Sacramento City Council actually vetted Department of Utilities staff’s recommendations in public session as part of the usual and customary public hearing process, perhaps this fraudulent and extravagantly expensive project might have been avoided, or at least performed correctly.  But the Sacramento City Council consciously excluded the public from the planning stages by creating a City Council ad hoc committee, using four city council members, that secretly met with DOU staff for months before the public even was ever notified a plan was being considered.

This isn’t the first time this Mayor and council have bypassed the public and created ad hoc committees — several were created for the publicly subsidized arena project.

By the time the public was made aware of the water meter plan, it was too late for any public involvement or recommendations. This is how Sacramento rolls.

Oh what a tangled web we weave, When first we practise to deceive! — Sir Walter Scott

The Nov. 14 election brought new members to the Sacramento City Council, but there are returning council members who voted in favor for the water meter installation plan in 2012, and who have ignored the auditor’s requirements to halt it: Mayor Kevin Johnson and City Council Members Angelique Ashby and Jay Schenirer.

The city managers (former and current) who were involved  in the Department of Utilities during the water meter project planning period are Bob Thomas, Ray Kerridge, Gus Vina, Bill Edgar and John Shirey — many of the same city officials orchestrating the dubious arena deal.

The link to the SN&R story by Joe Rubin is HERE.

The Eye on Sacramento report is HERE.