Wednesday the California Air Resources Board announced the first joint cap-and-trade carbon credits auction between California and Québec has been postponed due to “technical difficulties.” Some carbon followers say the new auction will be scheduled in the next three working days.

Under AB 32, California’s Global Warming Solutions Act, the 2006 legislation signed into law was to supposedly lower the state’s carbon emissions to 1990 levels by 2020. CARB recently added to the carbon reduction plan the goal of 80 percent below 1990 levels by 2050, because California already reached 1992 levels just with technological advances in autos, as well as the increased use of natural gas.

The original plan was to create a giant climate change coalition with other states and provinces from which carbon trading and taxing would emanate. But one by one, states have dropped out, citing the difficult economy and cost to manage such a program.

But not California. We “linked” with Québec for carbon auctions. Québec is not even a trading partner with California.

Once California links with another carbon trader, changes cannot be made to the plan. It has to be right the first time.

If our trading partners offer more carbon allowances to their businesses and industries than California does, it will hurt our competitive advantage, similar to the way higher in-state taxes already hurt California businesses competing against businesses in other states.

And it is important to note that the California-Québec relationship is not trading apples-to-apples. Québec gets 97 percent of its energy from hydroelectric sources. California is trying to reduce traditional electricity production, including hydroelectric power, and instead replace it with as much “renewable” energy as possible from wind and solar, algae and ethanol. Energy experts have been saying in recent months that California’s energy demand is too much for the alternative energy and lower usage standards.

The CARB claims it will accomplish lowering of emissions by “capping” the carbon emissions of oil refineries, utilities and power generators, and other manufacturing and industrial businesses, anticipating the amount of carbon emissions capped will decline each year. But they have not yet acknowledged what this “capping” will do to business production, or to the economy.

Yet, as California was touting its newly passed global warming law, in 2008 China ordered its airlines to ignore the European Union law which imposed a carbon emission tax on all flights traveling to and from the EU.

Moving in opposite directions, China continues to build coal plants, while California continues to enforce strict regulations to limit traditional forms of energy production, and encourage solar, wind along with other environmentally friendly alternatives. This flies in the face of AB 32 and makes a mockery of California’s arrogant and ill-conceived plan.

“Without a large reduction in the carbon dioxide emissions from both China and India—not just a commitment but an actual reduction—there will be nothing climatologically gained from any restrictions on U.S. emissions, regardless whether they come about from the Waxman-Markey bill [in the U.S. Congress] (or other cap-and-trade proposals), from a direct carbon tax, or through some EPA regulationsm,” a research paper by Chip Knappenberger found. ”This is something that should be common knowledge. But it is kept carefully guarded.”

Zero carbon emissions from the United States will have no impact on future temperatures, which also applies equally to CARB’s cap and trade, and AB 32.

Instead of reducing carbon emissions, a business can merely purchase get-out-of-jail credits through the cap and trade auctions. 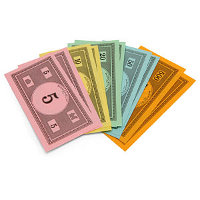 AB 32 originally only granted authority to CARB to enforce fees to recover its regulatory and administrative costs.

Part of the reason CARB rushed to get the first auction off the ground in 2012 is for money. The cap and trade program won’t actually start enforcing emissions reductions until 2015, and now that date could be in question. As if playing a game of Monopoly, the state effectively said: Forget carbon emissions, we need the money. This was a short-term, immediate need, and financially motivated.

The Legislative Analyst’s Office originally projected that CARB would collect nearly $3 billion in 2013. “For 2012-13, CARB’s auctions are estimated to generate roughly $660 million to upwards of $3 billion,” the LAO reported in 2012. “The Governor’s budget for 2012–13 assumes that the state will receive $1 billion from such auctions.”

The carbon auctions have been underwhelming. The last auction produced only $71.1 million for the state.

Gov. Jerry Brown wants to use the cap and trade revenues to pay for the $100 billion High Speed Rail. But with the dismal “profits” at the carbon auctions, these monies are merely a blip in the budget of the High Speed Rail plan.

Is it any wonder the EPA, CARB and DOJ attacked Hyundai and Kia automakers with collective penalties valued at around $300 million for Clean Air Act violations including $100-million in civil penalties, as I reported this week? The government has resorted to shakedowns.

CARB’s Board of Directors held a hearing last year to discuss the anticipated revenues from upcoming Cap and Trade auctions, and how they planned to spend the windfall monies. “We are looking for synergy and consensus,” said CARB Chairwoman Mary Nichols, saying absolutely nothing. Nichols said that in the transportation sector, efforts to capture the synergies have been successful, “which will help to make our state more competitive.” Government speak.

Nichols reported that CARB does not know how much money will come in from carbon trading auctions, but the CARB Board estimates “several billion dollars each year.”

CARB invited two panels to participate in the hearing, made up of mostly environmentalist stakeholders, with the exception of the California Manufacturers and Technology Association, the lone voice for business.

The governor’s California Department of Finance developed a three-year investment plan for the auction revenues which it completed in 2013. The plan recommended three main categories of investment: