Plastic Bag Ban Opponents and Supporters Bringing the Fight To You

Staring at a gigantic German Shepherd poop on my bedroom rug last weekend, I reached for one of those single-use grocery bags outlawed by California, for the clean up. 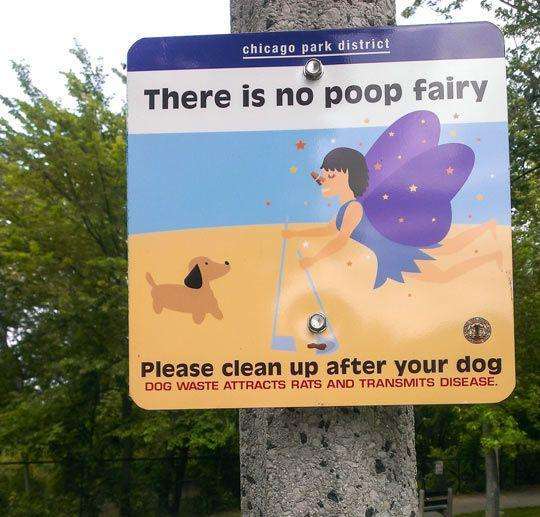 Thankfully, I have a small stash of extra “single-use” plastic bags… but not for long.

After eight years of failed legislative attempts to ban plastic grocery bags, Gov. Jerry Brown signed a bill in September to ban and tax plastic and paper grocery bags, despite the fact that all types of plastic shopping bags can be reused and recycled into new bags. The new statewide plastic bag ban is scheduled to go into effect July 15, 2015.

Immediately after the bill signing, the American Progressive Bag Alliance announced it would gather signatures for a November 2016 ballot initiative to repeal the bill to block implementation of the statewide ban. They are collecting signatures right now, or you can sign up to receive the petition at Bag the Ban.

Padilla was just elected California Secretary of State in the November election. I wonder… how does Secretary of State-elect Padilla’s wife clean up dog poop? Does he make her buy expensive new bags for doggie messes, dirty diapers, garbage pail liners, and miscellaneous storage? I dare to suggest Mrs. Padilla saves single-use plastic bags for reuse, just as most people do.

Mayor Johnson Jumps The Shark On The Bandwagon

A little late to the party, Sacramento Mayor Kevin Johnson announced Monday he will push for quick adoption of a citywide ban on single-use plastic bags if plastic bag manufacturers are successful in qualifying the ballot measure to repeal the bag ban. Johnson is upset that  plastic bag companies are attempting to force a referendum on the measure on the November 2016 ballot.  If they are successful in getting the required signatures by December 30th of this year, the implementation of the law will be frozen until the November 2016 vote. However, local jurisdictions will be allowed to enact their own bans in the interim.

Mayor Johnson serves as the Chairman of Resilient Communities for America, which claims “A sharp increase in extreme weather events driven by climate change is costing us billions and testing our city and county governments.” The campaign provides social networking and technical support, on-demand trainings, a resource library, and an “Answers Network,” where “thought leaders” will answer questions. However, when I clicked on “How We Build Resilience,” the thought leaders took me to a page that said, “Page Not Found: It seems we can’t find what you’re looking for.”

I remember when plastic bags were foisted on shoppers because “cutting down trees for paper was bad.” The bags were sold to the public as 100 percent reusable and recyclable.

This new bag ban bill will allow grocers to charge a minimum of 10 cents each for paper and thicker plastic bags, and pocket the money. A fee of $.10 per bag does not sound like much but would serve to punish low-income folks, and the working poor, more than others. A cleaner environment is a valuable goal. The question is whether solutions that impose more challenging costs on the working poor, with debatable environment outcomes, are the best way to proceed.

The legislation ignored the fact that a huge portion of grocery and retail plastic bags are reused as garbage pail liners, pet-waste disposal bags, lunch bags, trash bags, dispose of kitchen grease, dispose of dirty diapers, hold wet clothes, and a myriad of other uses. These secondary uses of plastic grocery bags are beneficial to the environment in that it prevents the manufacture and purchase of another plastic bag. I wrap my holiday decorations in the bags, before I box them up, year after year.

The American Chemistry Council estimates the bill would amount to a $1 billion tax and threaten 500 jobs in the plastic bag manufacturing business. Dr. Amy Kaleita, with the Pacific Research Institute explained: “Biodegradable plastic bags cost between eight and 10 cents, compared to a penny for the standard plastic bag.  Supporters of the (San Francisco) ban say the price of biodegradable plastic bags would drop if more municipalities required them, but this may not be the case. The biodegradable bags are made from soy and especially corn.  Given the increasing demands for corn from the ethanol industry, the cost of producing these biodegradable bags is likely to increase by a significant amount.”

Plastic bags better for the environment

A study by the National Center for Policy Analysis found it is better for the environment to reuse plastic bags as garbage pail liners rather than to recycle them because of the environmental “benefits of avoiding the production of the bin liners they replace.” According to the study, an examination of the bag bans and budgets for litter collection and waste disposal in San Francisco, San Jose, the City and County of Los Angeles, Washington, D.C., and Brownsville and Austin, Texas, shows no evidence of a reduction in costs attributable to reduced use of plastic bags.

But the facts didn’t stop Mayor Johnson. “In addition to harming wildlife and causing urban blight, single-use plastic bags cost Sacramento hundreds of thousands of dollars each year,” said Johnson. “They cause problems by clogging up our recycling equipment, forcing it to be shut down on a regular basis. And we’re forced to use parks and other city personnel to clean up plastic bag pollution all over the city every day. These single-use plastic bags didn’t exist 40 years ago, and we want to make sure they don’t exist in Sacramento in the near future.”

Johnson apparently never got the memo – Plastic bags amount to less than 0.5 percent of the waste stream, and a similarly miniscule amount of landfill space.

The environmental myths, exaggerations and misinformation that have been spread about plastic bags have led many to believe that plastic bags kill 100,000 sea mammals and one million seabirds each year. Each of the bill authors have used this emotional argument and trotted out the much-used photo of a turtle with plastic bag in its mouth as proof. Not only is the story about the turtle not true, The London Times exposed the dead sea mammals and seabirds as a myth based on a typographical error. The original report mentioned discarded fishing tackle including fishing nets, not plastic bags. David Santillo, a marine biologist at Greenpeace, told The Times: “It’s very unlikely that many animals are killed by plastic bags. The evidence shows just the opposite.”

Plastic bag manufacturers argue that the litter problem is caused by careless people. Enforcing litter laws would go much further to helping the environment.

Thank you Captain Obvious… they stand to make millions every year from it.