The solar energy rage is all over the media. Radio and television advertisements scream “No money down!” “Turn sunshine into savings.”  “Make your electricity meter run backward!” 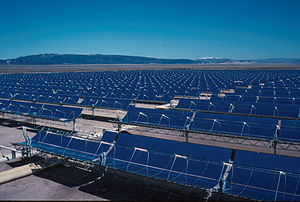 And the common theme of, “Everyone knows that solar power is better for the environment than fossil fuels,” is bandied about as if it is gospel.

With energy prices climbing rapidly, largely because of severe alternative energy mandates imposed by state and federal governments, consumers across the country are seeking ways to save on utility costs. In doing so, many are unwittingly becoming victims of consumer fraud.

While the consumer is looking for ways to save on energy bills, solar companies found that instead of trying to hard-sell the pricey rooftop solar systems outright, leases were a much more appealing option for the homeowner, with less out-of-pocket investment. However, this has allowed the solar companies to claim the federal and state tax credits instead of the consumer. Many solar companies are able to claim federal, state and local “incentives” and subsidies.

Consumers are being lead to believe they are getting a great deal on solar energy. But what many don’t know is they are actually leasing their roof for 15 to 20 years to a company that collects all of the government subsidies.

The solar system contracts, like all contracts, are bulky and confusing, leaving homeowners at the mercy of sales people who are motivated to “close the deal.” 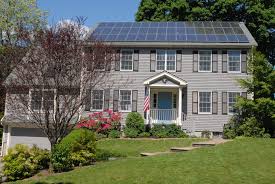 “These savings estimates are based on inflated assumptions about future utility rates that are unsupported by any real or reliable analysis,” according to Bradley A. Blakeman, professor of politics and public policy at Georgetown University. “The consumers do not own the system that is affixed to their homes and are merely purchasing the ‘electricity’ that is generated from an entity other than their public utility.”

Homeowners have reported they are not told that the solar lease is secured by placing a lien on the homeowner’s property.

The initially low lease payments escalate year after year, and the homeowner ends up paying more for electricity in just a few years if their utility company doesn’t raise rates as assumed. And if the homeowner refuses to pay on the lease, now upside-down, they find out that the solar installer placed a lien on their home, which forces them to continue to pay on the bad contract. Good luck selling your home with a lien on it.

“Rather than supporting basic research to make America’s energy future better, the Obama administration had attempted to buy market share with an unproven technology – and lost. Big time,” according to Dr. Alex B. Berezow, editor of RealClearScience, writing in Forbes.com. “The whole clean energy program remains flawed, even at the consumer level. The people who are the most likely to be impacted by high energy prices, the poor, are the least likely to benefit from the solar rebate scheme because they lack the capital to pay for the installation. When a house in Napa Valley put in a $1.45 million solar installation, every taxpayer in California, rich and poor, refunded the homeowner $319,000 of the cost — and then they got a federal tax break too. Essentially, rebate programs subsidize the wealthy, who get to decorate their houses with solar panels at everyone else’s expense.”

The Taxpayers Protection Alliance in Alexandria, Virginia, has been educating the public about the solar industry scam. I met with David Williams, President of TPA, while he was in California in September. “They are like sub-prime mortgages,” Williams said about solar leases. “The solar companies go places where there are state incentives, like California.” Williams said California’s AB 32 and Renewable Portfolio Standard make California attractive to companies like Solyndra. “There was no oversight. Instead, the feds were more concerned with giving money to them,” Williams added.

However, Williams said if a tax credit is going to exist, it must go to the homeowner, and not to a third-party installer. “People want honesty,” he added. “You’re getting screwed twice – once as a homeowner, and again as a taxpayer,” echoing Dr. Alex B. Berezow’s comment: “rebate programs subsidize the wealthy.”

Williams reported minorities feel they are not part of this discussion. “Who needs cheap energy more – the poor guy in Compton or the rich guy in Malibu? The subsidy is supposed to go to those who need it.”

A 2012 report by the state Senate Office of Oversight and Outcomes found California makes an “annual investment of more than half a billion dollars of public money to foster renewable energy.” And “in the solar sector, an extensive survey by the nonprofit Solar Foundation concluded that California is home to one-quarter of all the nation’s solar jobs.” The report acknowledged this was because “California legislators and regulators created green energy policies and incentive programs for environmental, economic, and national security reasons. In passing these policies, they said they want to wean the state of imported oil and natural gas, clean the air, and slow release of gases linked to the global warming that may jeopardize the state’s water supply, major industries, and public health.”

As for those “Green Jobs…”

And then there are the claims of how many “green jobs” California is creating with alternative energy mandates. However, many of these “green jobs” have been falsely created by new laws, policies, and regulations, which now restrict conventional sources of energy.

Coal generates 40 percent of America’s electricity—more than any other energy source. “Its stable price and abundance insulates the U.S. economy from spikes in energy demand,” the Wall Street Journal reported. Yet the Obama Administration and “the EPA are working to destroy coal’s benefits by imposing onerous emissions standards on all existing power plants, under the threat of crippling fines, which is certain to lead to plant closures. Americans could see their electric bills increase annually by more than 10 percent  — $150 for the average consumer—by the end of the decade, according to the American Action Forum.”

In 2011, the California Legislature passed the Renewable Portfolio Standard, to require 33 percent of electricity to come from renewable sources by 2020.

Other green jobs are the result of requiring energy conservation regulations in all construction. Already existing construction jobs are now classified as “green jobs” if the project falls under a “green” title.

While some of these policies may provide some benefits, the claim that on balance they provide more jobs than they kill is bogus.

Clean energy costs more than conventional energy, which means consumers and businesses have less income to buy, invest, and reinvest into their businesses. This reduces consumption and results in job losses. Interestingly, many green job studies do no analysis of job losses, at all.

There has even been a problem with shoddy equipment. As solar power subsidies increased, and installations became so heavily subsidized, sales increased. As the market was flooded by both silicon panel producers, as well as Chinese-made thin-film panels, the price for thin-film panels dramatically decreased. This is one reason Solyndra went out of business, despite the massive subsidies the company had enjoyed.