Californians just found out this week the new gas tax initiated by the California Air Resources Board, is 10 cents per gallon of gas. However, it will grow. January 1, California began including transportation fuels – gasoline, diesel and propane – in the nation’s first carbon emission cap-and-trading scheme. However, no other state or country in the world has attempted to regulate the sale of gasoline and diesel under a cap-and-trade program, and by AB 32, California’s Global Warming Solutions Act, which requires cutting greenhouse gas emissions in California to 1990 levels by year 2020. 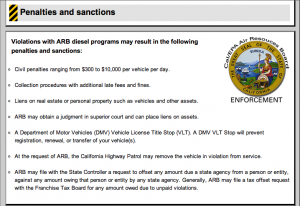 As we awaited this new tax news, I harkened back to a 2013 hearing in the California Assembly Transportation Committee when CARB Chairwoman Mary Nichols said, because of new clean technology in cars, owners will spend an additional $4,000 over the life of the car. But then she added, “The costs will be paid back in cheaper gas.” No one at the hearing bothered to ask Nichols how she could possibly predict the capricious oil and gas industry pricing since even OPEC can’t.

CARB May Lose This Battle

In a lawsuit against the California Air Resources Board over the AB 32 mandated diesel particulate truck filters that can cost upwards of $20,000 per truck, the Alliance for California Business said truck fires are occurring and increasing as the spread of the required exhaust filters grows.  A summary prepared by ACB shows an increasing number of truck and bus fires that emanate from the engine site of the filter, mandated by the CARB.

The basis of the complaint is that CARB, as well as the EPA, has ignored clear statutory law as enacted by the California legislature. The lawsuit was filed November 11, 2013, in Glenn County Superior Court.

According to a statement from ACB, “[T]he complaint includes allegations that CARB executive officers failed to disclose to the public vital information that it had about the defective design of the DPFs that the state agency is requiring California truck owners to install.”

“The DPF is mechanically unsound causing trucks to break down on highways and require days (sometimes weeks) of repair efforts to get them back on road,” the ACB said. “The DPF has caused fires and destroyed truck engines.  This device is not designed for use on short distance travel routes, and commonly malfunctions as a result.”

While truck owners may qualify for financial assistance in purchasing the expensive filters, the ACB said relief is not provided for damage that occurs from the devices or for income lost while the truck undergoes repair.

“When ACB raised this issue, CARB engaged in its usual denial dance, calling the issue a ‘red herring,’ the Shasta Lantern reported. “Judge Twede disagreed, stating ‘The Court cannot agree with or accept CARB’s summary rejection of the …claim for declaratory relief as a ‘red herring.’”

“In denying CARB’s motion, the Court said ‘ACB’s challenge to CARB’s retrofit and upgrade requirement on the grounds that it places truck owners and drivers in violation of public safety laws reflects a standard challenge to a regulation’s legality; that the regulation conflicts with a statute enacted pursuant to the Legislature’s general police power for the public health and safety.’”

‘Freight as a primary source of pollution’‘ 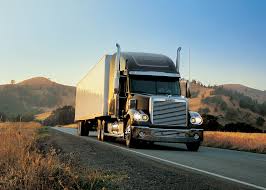 Since that 2013 hearing in the Assembly, Nichols and the CARB have carefully pursued truckers and freight movers. “The focus needs to be on freight as a primary source of pollution,” she said at the hearing. Nichols said the ARB should have regulatory authority over the purview of the Transportation Committee, which oversees Business, Transportation and Housing, Department of Transportation, California Highway Patrol, Office of Traffic Safety, the California Transportation Commission, High Speed Rail Authority, DMV and the Board of Pilots Commission.

But Nichols didn’t stop there. “Our role is also to work on urban planning,” she also said. “As regions plan roads and cities, we need them to be more walkable, bikeable and more healthy for their residents. Transportation issues in the state, [are] our business because of AB 32.”

And under those transportation regulations, state air pollution regulators have inspected thousands of trucks and written thousands of citations to the truckers who do not have newer diesel engines, or retrofitted older engines, with the special CARB exhaust filters that cost about $15,000 each. The alliance of small California businesses sought the injunction to prevent implementation of the Diesel Particulate Filter regulation issued by CARB.  One of the biggest issues raised was the danger to truckers emanating from overheating of the exhaust filters.

And CARB “partnered” with law enforcement to ensure compliance. The CARB enlisted the California Highway Patrol to pull truck drivers over to run tests on their engines to see if they are complying with CARB’s diesel regulations. In 2012, enforcement activities began at CHP inspection stations, border crossings, truck stops, roadside locations, rest stops and port facilities.

I contacted the CHP and asked who ordered the agency to police truck drivers on air quality issues, but no one would talk to me. Did the CARB order the CHP to enforce air quality regulations, and if so, how does the CARB have the authority over the CHP for an unrelated issue?

According to truckers, CARB employees are impersonating law enforcement, yet have no legal authority to conduct roadside stops and searches.