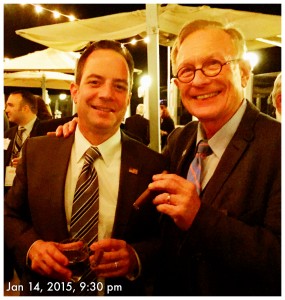 It’s been more than two decades since a chairman has served as long as Priebus. And he celebrated his victory by enjoying a few cigars with San Diego’s stellar crew of GOP  activists, led by SD GOP Chairman Tony Krvaric.

There weren’t any major controversies at the GOP’s first meeting of the new year. Co-Chair Sharon Day, who faced a challenger, cruised to reelection by a 115 to 50 vote.

The real business at hand was not a victory lap for the 2014 elections but to prepare for the all-out struggle for the White House in 2016. Priebus made it clear: if the party does not take back the presidency next year, there maybe no point of having an RNC thereafter.  Could we really recover from another hellish eight years? 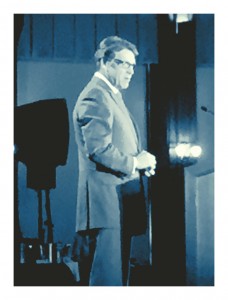 Preventing that worst case scenario is the RNC’s top priority and explains why four GOP presidential candidates addressed representatives from all 50 states and the six U.S. territories.  While most of the committee members from icebound states marveled at Coronado Island in January, I was impressed by the GOP’s strong field of 2016 presidential contenders.

Wisconsin’s fearless union-fighter, Gov. Scott Walker, topped my list of surprises. Walker had a presidential look-and-feel when he spoke to the full RNC Committee. A first-rate communicator, he is one of the Top 5 of 2016 GOP contenders. Walker has also been helped by his old friend and fellow Badger State colleague Rep. Paul Ryan’s quick decision not to consider the race.

Another pleasant surprise was former Texas Governor Rick Perry. With the help of California-transplant Jeff Miller, Perry has refined his pitch and matched it with a smart, new aesthetic.

In his last major speech as governor of Texas, Perry excited the troops and showed why he will be a major contender this time around. Perry is likely to have a united Texas delegation, which automatically gives him a formidable army of delegates, donors and activists during this presidential campaign season.

He may be a long-shot candidate, with no elected experience, but Dr. Ben Carson knows how to captivate a conservative crowd.

Dr. Carson, a world-famous neurological pediatrician, has a low-key spontaneous presentation that is quite riveting. He has clever ideas and the freshest outlook on the political process. Carson doesn’t shout or wave his arms. Like Reagan, he knows that joy and optimism engage any audience. He adds something to the 2016 race. 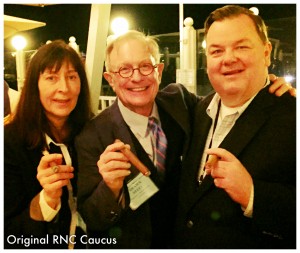 Just three days prior to the meeting, Mitt Romney asked to speak to the RNC. Romney’s entry into the race, at least temporarily, slows down the Bush juggernaut. Jeb’s 90-day, $100 million fundraising blitz made it seem that the GOP nomination was coming to a close before it started.

Romney’s entry changes that inevitability. He also didn’t disappoint. With his wife, Ann, by his side, Romney made it clear that he’s seriously considering another try for the White House.

With four governors, three senators and two nationally-known GOP brand names, we’re embarking on one big adventure of selecting a nominee to take down the Democrats.