Recent revelations resulted in the resignation of Democratic Oregon Gov. John Kitzhaber over collusion between his office, California and Washington State governors’ offices, and environmental groups to force climate coordination and collaboration across the U.S. 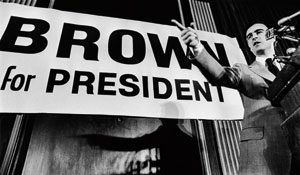 Emails from 2013 and 2014 reveal Kitzhaber agreed to a deal with the governors of California and Washington, to implement low-carbon fuel standards and develop a scheme to foist green-energy agendas on multiple states.

Coincidentally, Gov. Jerry Brown, D-California, has made climate change one of his top priorities. During his January inaugural address Brown said he plans to require that 50 percent of all energy use come from renewable sources, and automobile gas consumption be reduced by 50 percent.

Yet last month, 24/7 Wall Street published its annual ranking of states, and listed states where the middle class is dying. California is ranked worst, and not by a small amount; California is 17 percent worse than the 2nd worst state of Vermont.

CEO Magazine always rates California as the worst state in which to do business, and has said if the state’s goal was to drive businesses out of California, they could not do a better job.

“California is back,” Brown defiantly claims.

Brown’s ridiculous statement contrasts another California governor, and U.S. President, who was much more of a straight-talker: “It isn’t so much that liberals are ignorant. It’s just that they know so many things that aren’t so,” Ronald Reagan famously said.

Words mean very little to liberals like Jerry Brown, who says whatever will help him at the moment. Brown is rarely challenged by the media, which continues to spin him as a “famously frugal” governor, despite his vast spending increases and taxing record.

The CATO Institute scored California Governor Jerry Brown as the worse governor in America, giving him an ‘F’ on their Fiscal Policy Report Card on America’s Governor’s 2014.

Green Jobs Are a Niche in the Larger Economy

As only a few of us in the statewide media have consistently pointed out, Brown ran for his third term as governor in 2010 promising to create hundreds of thousands of “green” jobs as the solution to the state’s shrinking middle class. “Just as experts predicted, this never came to pass,” Chris Reed wrote in 2013. “’Green’ jobs are a niche in the larger economy, not a staple.”

Brown, as with most ideological liberals, is incapable of impartially and evenhandedly examining the policies he advocates and implements.

According to 24/7 Wall Street, California’s middle class household income shrank by 6.9 percent between 2009 and 2013, while incomes of the top 20 percent of households rose by 1.3 percent over that time, reflecting worsening income inequality.

At 7.5 percent, California has the highest sales tax rate in the nation, which may further aggravate the purchasing power of middle- and low-income households, according to 24/7 Wall Street. “By definition, sales taxes are regressive — they disproportionately fall on the poor — because richer households tend to spend a smaller share of their income on consumption.” 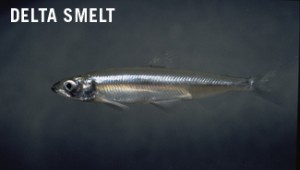 State revenue “rebounded” because of capital gains revenues. A real middle-class rebound would be a significant broadening of income tax revenue. California’s “job gains” have only been in part time jobs.

California was once one of the world’s most powerful engines for economic growth. And it was elected leaders of the past who built dams for water storage, and built the highway system. Today’s Legislature and governor are starving the middle class by denying water for agriculture, and wasting money and resources on vanity projects like high-speed rail, and ersatz “climate change.”

“Federal courts have ordered farmers to divert hundreds of billions of gallons of water away from crops and into the Sacramento River, where it is supposed to help revive the delta smelt,” Conn Carol wrote in 2013. “The diverted water has not helped the smelt much, but it has turned hundreds of thousands of acres of farmland fallow and sent unemployment in some farming communities as high as 40 percent. California could solve this problem by building more dams, thus adding water capacity. But the state hasn’t built a major new dam since 1979 and none is on the drawing board.”