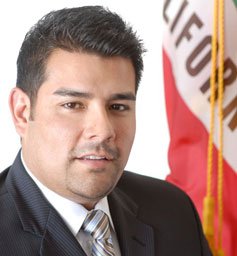 According to the Federation for Immigration Reform, the annual expenditure of California state and local tax dollars on services for the illegal alien population is $25.3 billion. That total amounts to a yearly burden of about $2,370 for a household headed by a U.S. citizen.

California lawmakers are harming taxpayers and millions of impoverished, economically depressed, legal California residents — and especially minority communities of black and Hispanic citizens. This is what’s known as “willful ignorance:” The practice or act of intentional and blatant avoidance, disregard or disagreement with facts, empirical evidence and well-founded arguements because they oppose or contradict your own existing personal beliefs.

Coordinating Benefits for Illegal Immigrants – ‘Health Act for All’

Lara’s justification for SB 4 — “the Health Act for All” — is that the federal Affordable Care Act specifically excludes people living in the country illegally. “Access to health care is a human rights issue and until everyone is included, our work is unfinished,” said Lara.

Text from Lara’s bill explains in plain English: “This bill would declare the intent of the Legislature all Californians, regardless of immigration status, have access to affordable health coverage and care. 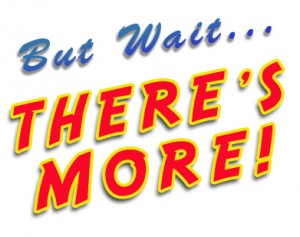 President Obama went around Congress to unilaterally change the U.S. Immigration laws. And that’s a no-no. However, a U.S. District Court Judge in Texas blocked the Obama administration of the amnesty Executive Order, as 26 states have lawsuits pending.

Lara has a second illegal immigration bill, which would create the California Office for New Americans. Lara claims this new agency  is for the purpose of helping illegal aliens integrate into the state. Lara said he wants to create the California Office of New Americans to “provide our undocumented population with resources, information, and fraud prevention assistance, helping them better integrate into the economic, social and political fabric of our state.”

It wasn’t that long ago people immigrated to California because it was the land of opportunity, not the land of welfare queens and free cheese. Immigrants didn’t need Ricardo Lara and his handouts.

Lara is not only inviting more illegal aliens to California, he is doing it by making it even easier for illegal aliens to have access to a free education, free legal services, free health care, and welfare benefits which covers food, rent, and transportation. Free cheese never looked so good.

In 12 states, including California, as well as the District of Columbia, the welfare package is more generous than a $15-an-hour job,” the CATO Institute reported in a white paper in 2013. “The current welfare system provides such a high level of benefits that it acts as a disincentive for work.”

Most everyone agrees with providing a safety net, but incentivizing people not to work, and making welfare life comfortable enough they don’t have to work, is the proverbial frog in a pot of boiling water.

There is also now access to a special low-cost auto insurance program to assist illegal aliens who apply for the new California driver’s license.

Brown also signed a bill to prohibit local law-enforcement officials from detaining immigrants suspected of being in the country illegally longer than necessary to resolve their cases for minor crimes so that federal immigration authorities can take custody of them.

Are you seeing a pattern?

“Our state pushed the envelope this year,” said Joseph Villela, of the taxpayer funded Coalition for Humane Immigrant Rights of Los Angeles, known as CHIRLA. “And I hope it will continue to push the envelope next year.” According to the Washington Free Beacon, “CHIRLA was awarded $250,000 in federal funds this year by the U.S. Citizenship and Immigration Services’ (USCIS) Citizenship and Integration Grant Program, which sponsors organizations that assist permanent residents applying for citizenship. The overt political activity of the group raises questions about its support from taxpayers.”

The depraved depth of rent-seekers is evident in the list of signatories to Lara’s SB 4: