They’ve done it again — Democrats in the California Legislature killed another good bill. While this may not seem newsworthy, the way they did the killing is. 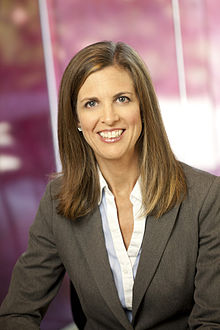 For the third time since she has been in the Legislature, Assembly Minority Leader Kristen Olsen, R-Modesto, authored a bill to require all legislation to be in print and available to the public for at least 72 hours before a vote.

Rather than debating Assembly Constitutional Amendment 1, and then voting on it, Assembly Democrats in the Assembly Budget Committee sent the bill to the “suspense file,” following a brief speech from one lawmaker about the importance of transparency. This is underhanded and the epitome of hypocrisy; the bill was effectively killed without an up-or-down vote of the committee members.

“Apparently they are embarrassed to take a stand,” Olsen said. “They’d rather have the bill disappear.”

“‘Transparency’ is probably the most overused word in political speech, while at the same time, the most underutilized in practice,” I wrote in a story just yesterday.

“While I appreciate the discussion we had about legislative transparency, today’s hearing was really just talk,” said Olsen.  “I am disappointed that my Democratic colleagues did not allow an up-or-down vote on my bill.  Year after year, efforts to shed more light on lawmaking are shelved by the majority party without a vote.  This adds to the cynicism of Californians who feel shut out of their government.”

Olsen has introduced this and similar government transparency measures during each of her terms in the State Assembly.  And each time, the measures debated or voted on by the Assembly policy committee.  During Thursday’s hearing, she asked for the measure to be voted on by the full Assembly Budget Committee.

“The public deserves and up-or-down vote,” said Olsen. “This seems to be the latest tactic by the majority party when they know  they don’t want their votes noticed.”

Assemblywoman Olsen said last week four education reform bills in the Assembly Education Committee were also sent to the “suspense file,” rather than voted on. The California Teachers Association opposed the bills even though they were good reforms. So rather than debate and vote, the bills were shelved. Olsen added: “It’s the Democrats’ way of killing bills without having to be on record for this.”