Labor unions target many non-union businesses across the country for takeover; some businesses successfully fend off the unions, and others succumb. But in California, the Agricultural Labor Relations Board, a state agency, works in cahoots with the United Farm Workers labor union, intimidating, fear-mongering, threatening, and uses legal actions filed against farming employers to force them into submission to the United Farm Workers labor union. 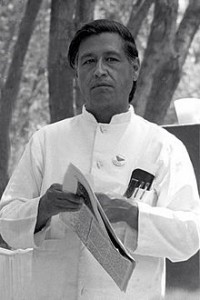 "You cannot oppress the people who are not afraid anymore." - César Chávez

But recently, the ALRB has been dealt several legal blows to its efforts to malign Gerawan Farming, and force its farm workers into unionization.

It is hereby stated to be the policy of the State of California to encourage and protect the right of agricultural employees to full freedom of association, self-organization, and designation of representatives of their own choosing, to negotiate the terms and conditions of their employment, and to be free from the interference, restraint, or coercion of employers of labor, or their agents, in the designation of such representatives or in self-organization or in other concerted activities for the purpose of collective bargaining or other mutual aid or protection. For this purpose this part is adopted to provide for collective-bargaining rights for agricultural employees.

The ALRB determines and implements, through secret ballot elections, the right of agricultural employees to choose whether or not they wish to be represented by a labor organization for the purpose of collective bargaining with their employer.

But the ALRB attorneys have taken upon themselves to negate the meaning of the Act, and have used interference, restraint and coercion to get their way against Gerawan Farming. And the Democratically-controlled Legislature and Gov. Jerry Brown have done nothing to stop it.

Since 2012, Gerawan Farming and its employees have been entwined in a vicious battle against the UFW labor union and the ALRB state agency. “After campaigning to represent the Gerawan workers more than 20 years ago, and being certified as their exclusive bargaining agent in 1992, the UFW did essentially nothing to represent those workers in the ensuing two decades. Then, without warning, the UFW union reentered the scene in late 2012, claiming it represented Gerawan’s workers, and demanding a collective bargaining agreement after the 20 year absence. The Gerawan workers wouldn’t have any of it, and made their wishes well known. They collected thousands of signatures to petition for an election – not once but twice, after the ALRB claimed many of the original signatures were forged. Eventually the workers were able to vote in an election in 2013 to decertify the UFW. But the ALRB immediately confiscated and impounded the workers’ ballots, and has been working ever since to have them destroyed. The state agency has filed numerous court cases against Gerawan Farming’s owners claiming that they are illegally involved in the worker’s efforts to decertify the UFW.

Yet there is overwhelming evidence showing how ALRB and UFW employees have lied to the farm workers, interrogated and coerced them, intimidated them, manipulated them, and threatened them. And the ALRB filed trumped up charges against Gerawan Farming, claiming unfair labor practices.

In 2013, then-Sen. Pres. Pro Tem Darrell Steinberg authored SB 25, sponsored by the United Farm Workers labor union. The bill was designed to force farm workers under the state’s Mandatory Mediation and Conciliation law. Under that law, the California Agriculture Labor Relations Board could impose wages, terms and conditions of employment on the farm workers and the company itself. The terms of an agreement would be decided by a single arbitrator/mediator, who meets with the employer and the union separately, and drafts the contract. Workers never would get to vote on the contract (as they do with collective-bargaining agreements).

The Gerawan farm workers took time off of work, traveled to Sacramento in buses to lobby against the bill, which would have given the ALRB General Counsel the power to seek immediate enforcement of a state ordered contract against the will of the workers and employer.

Steinberg, a former labor union lawyer, not only authored the legislation, but used his considerable influence to get the bill passed by both houses of the Legislature. Fortunately, Gov. Jerry Brown eventually vetoed it.

But that did not stop the ALRB. They continued terrorizing workers and the employer, Gerawan Farming.

The ALRB General Counsel Sylvia Torres Guillen filed an Ex-Parte Application for a Temporary Restraining order against Gerawan Farming for “violating the ALRA and engaging in unfair labor practices.” She claimed Gerawan Farming fired an employee because of that employee’s pro-union activity. But Superior Court Judge Donald S. Black didn’t buy the allegations. “Given the inefficiencies in the investigation conducted by the ALRB, the apparent embroilment of the ALRB’s staff in the investigation, and it’s involvement in the termination of Mr. Marquez, and the strong evidence disputing that Mr. Marquez was terminated for his union activities, the court concludes that petitioner has not shown reasonable cause to believe an unfair labor practice has been committed.”

The judge also found “given the strong evidence regarding Mr. Marquez’s disruptive activities in the workplace, the court also finds that petitioner has not shown that the relief requested is just and proper.” On June 10, the Judge rejected the ALRB’s urgent request for a temporary restraining order  against Gerawan and denied the TRO. 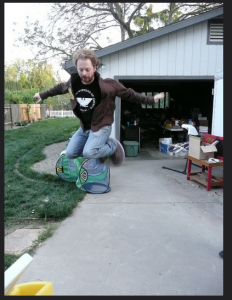 Many of the workers allege that Silas Shawver, the ALRB’s Regional Director in Visalia, has unlawfully prevented workers from voting, and carries out his duties as an advocate for the UFW, rather than as an objective state government official. Shawver only investigates cases the UFW brings to him, and accepts all UFW evidence as truth. He refuses to investigate or prosecute charges filed by employees who are harassed by UFW union employees.

As reported last week, an ALRB whistleblower confirmed that Shawver and his UFW cohorts have been intimidating farm workers themselves.

Photographs he published on Flicker show Shawver jumping up and down wearing a UFW t-shirt. I know I only wear logo t-shirts of organizations I support or those with which I am aligned ideologically.

In an interview, Silas Shawver admitted on video on Reason TV that ALRB has not counted the farm workers’ votes, and that he has no “timetable” for doing so.

Hundreds of Gerawan workers have testified that Shawver has interfered with their rights, and has abused them. Gerawan worker Silvia Lopez was interrogated for hours by Shawver as he tried to force her to say she was supported by her employer, Gerawan Farming.

Help  Was On The Way

Assemblyman Jim Patterson and Assemblywoman Shannon Grove, both Republicans, authored AB 1389 to counter ALRB and UFW actions: AB 1389 would ensure California farm workers are protected from unions willing to force them into contracts they don’t support.

This bill would have:

The bill was rejected by the Assembly Labor Committee along party lines and died. The Gerawan farmworkers appeared at the hearing pleading for justice. “But they were patronized, patted on the head and sent out the back,” Patterson told reporters following the hearing.

“Legislators in this capitol are constantly pontificating about their love of democracy, their fight for equality, and their willingness to stand up for the rights of powerless minority groups,” said Assemblywoman Shannon Grove. “But they stand by and refuse to protect California’s Latino farmworkers. Why? Because their beloved United Farm Workers union is the one doing the abusing.”