A Sacramento Superior Court judge has put a halt to the City of Sacramento’s plan for a mass-deletion of millions of e-mails deemed “non-public record,” following two California Public Records Act requests — one of which was mine.

The California Public Records Act requires judges to balance the publics’ right to access records with the public interests in not accessing records. City officials said that the email being deleted does not qualify as public record and is mostly “transitory in nature.”

I filed my PRA request June 25, 2015 specifically in response to the recent public statements by City Officials, including City Attorney James Sanchez, that the City will be destroying all emails in its possession, two years or older on July 1, 2015.  My requests are, among other things, to obtain copies of those electronic messages prior to their deletion by the City.

Sacramento threatening to delete its emails is of particular interest, on the heels of Mayor Kevin Johnson deleting text messages about the controversial arena deal, even after city officials were legally ordered to preserve all electronic communications related to the arena deal.

“In testimony last week, Johnson described what he erased as ‘chitchat, but nothing relevant’ to the court case challenging the deal the mayor and the city struck in 2014 to partner on building a new arena,” the Sacramento Bee reported.  Even creepier is the lawsuit Johnson filed against the city of Sacramento and the weekly newspaper, Sacramento News & Review, asking the court to block the city release of 100 communications between him and a private attorney working on litigation related to the National Conference of Black Mayors — another controversial issue with the Mayor. Johnson insists his communications surrounding the National Conference of Black Mayors have nothing to do with his Sacramento Mayoral business.

This is from my Public Records act request:

“All Electronic Messages, E-mails and any other form of Electronic Communications by The City of Sacramento and its Employees, Elected and Appointed Officials and Anyone Acting on the City’s Behalf from January 1, 2008 until the present date.”

Receiving no response from the City of Sacramento, one week later on July 2, 2015, my attorney filed a Temporary Restraining Order with the Superior Court, stating “The City has refused to provide Petitioner’s access to the records they request and intends on destroying these records. Petitioner now seeks a writ of mandate, declaratory and injunctive relief to prevent the destruction of the requested records.” 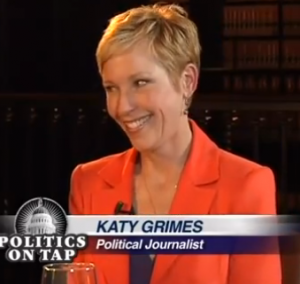 However, I filed my PRA request as a private citizen and journalist.

“The City’s interest can’t violate the public’s fundamental right to access public records,” said attorney Paul Boylan, representing Eye on Sacramento, and me. “The City’s plan to destroy these emails after my clients have asked to see them is like a librarian burning down an entire library because a member of the public has asked to check out and read one book.”

The TRO filing followed attorney Boylan’s June 29th meeting with city officials, wherein the City Clerk’s Office agreed to move the email destruction deadline from July 1st to July 8th. But the city also expressed possible reluctance to postpone the scheduled July 1 email destruction after claiming that I and the other petitioner, Richard Stevenson, were unwilling to engage in the required interactive process to address the City’s concerns about the records requests, and/or were unwilling to cooperate with the City’s efforts to assist us to better focus their requests.

On July 6, I received notice from the City of Sacramento at 2:05 pm, that they received my request. The city said additional time is necessary to respond.

By July 7th we were in court.

“The public and my clients have a fundamental right to access these records,” said attorney Paul Boylan at the TRO hearing. The records we are looking to access include the e-mails, an estimated 55 million of them according to the city, that were set be destroyed starting Wednesday July 8th.

“That really scares me,” Boylan said in an interview with Mike Luery with KCRA television following the hearing. “Number #1, I don’t trust their judgment as to whether these are important or not. And Number #2 I don’t trust their evaluation that there’s really 55 million. And lastly, how expensive is it to make a copy?”

Why do I want access to the city’s emails?

Here are just a few areas of interest, provided to the city and the court July 8th:

the Mayor’s task forces (including Sacramento first, think big, the 4000)

Events, such as golf tournaments, where contractors are or were solicited for donations

This is just some of the list. Deleting those e-mails, would destroy the public’s record of very important transactions.

Andrea Velasquez, the city’s attorney, said that state law allows cities to delete e-mails after two years. “We can’t have constant delays,” Velasquez said in court Tuesday at the TRO hearing. ” Otherwise, we are going to be up against spending an enormous amount of public money for trying to come up with documents that at this point it’s impossible to happen.”

After the hearing, City Attorney James Sanchez said the cost to taxpayers to comply with the public records act requests would be exorbitant, and estimated the cost at $50,000. This new concern about costs to the taxpayers is ironic coming from Sacramento city officials who gave away $9 million worth of city-owned parking garages and meters, as well as millions of dollars in revenue from billboards to the new owners of the Sacramento Kings, in the controversial arena case, still being litigated in Superior Court – revenue that the city counted on in its budget, which will now need to be somehow replaced.

“I am going to go ahead and issue the temporary restraining order, but I want to make it real clear that I am not making any determination of a likelihood of success,” Judge Shellyanne Chang said, adding that there would be no harm in issuing the order pending further review.

We will be back in court on Friday, July 24.

Note: Thank you to the Sacramento Bee for posting this correction to their story:

Editor’s note (July 8): This post has been corrected to state that a Public Records Act request central to the temporary restraining order was filed by Katy Grimes as a Sacramento resident, not on behalf of the Sacramento Taxpayers Association. Grimes is president of the taxpayers’ group but did not file the PRA request in that capacity.