[Publisher’s Note: As part of an ongoing effort to bring original, thoughtful commentary to you here at the FlashReport, we are pleased to present this column from Catrina Rorke.] 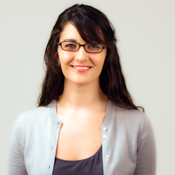 Hard as it may be to believe, we’re beginning to hear rumblings of sensibility from California’s electricity markets. Pacific Gas & Electric and Southern California Edison both have written to the state’s Assembly Committee on Utilities and Commerce to request a smart and much-needed change to the state’s Renewable Portfolio Standard.

As the rules are currently defined, power generated from so-called distributed resources – smaller, decentralized sources that produce power at the point of use – does not count as “renewable” for meeting state targets set by the California Energy Commission. The petition from PG&E and SCE would enable utilities to forgo a portion of their own obligations by relying on customers’ investments in distributed generation like rooftop solar. The change would ease the massive pressure utilities currently face to scale up renewables use, while also reducing the risk that meeting state targets would destabilize the grid.

The companies’ request comes in the context of S.B. 350. Sponsored by Senate Pro Tempore Kevin De León, D–Los Angeles, the bill is just the latest attempt to unburden California of the practical realities of power markets. Its ambitious goals include a proposal to generate 50 percent of the state’s electricity from renewable sources by 2030.

To reach that target, the state would have to rely on greatly increased generation from wind and solar, which together accounted for less than 12 percent of California’s energy generation in the first quarter. Also problematic is the inconsistent record of hydropower, which over the last decade has contributed as much as 31 percent and as little as 6 percent of the state’s power.

This is a promising avenue for the utilities. According to the latest quarterly report from the Solar Energy Industries Association, California accounted for 53 percent of residential solar installations across the country in the first three months of 2015. The vast majority of those were installed without state incentives beyond the net energy-metering program and the federal investment tax credit.

Distributed generation resources are certainly not without faults and policy pitfalls at the state and federal level, but they absolutely should be regarded as a renewable source of power. The California Energy Commission also runs the New Solar Homes Partnership, which promotes solar and energy-efficiency for newly built homes. In 2012, 27 percent of single-family homes built in Southern California included solar capabilities. It seems a foolish endeavor to exclude this significant and growing renewable resource from the state targets.

The RPS targets remain foolhardy, but granting credit for distributed solar would at least make them incrementally more achievable and less damaging. The state aims to generate 33 percent of its electricity from renewable sources by 2020. But renewable generation will have to be curtailed whenever supply exceeds demand, an outcome that’s even more likely under the new S.B. 350 targets.

Moreover, distributed generation consumed at the source isn’t counted in the generation mix. Leaving it out of the accounting tilts both the numerator and the denominator toward a more fossil-heavy calculus. Not including it among the sources of renewable power generation alters the denominator. And because households hooked up to solar consume a disproportionate amount of their power from distributed sources, not counting their consumption has an even larger effect on the numerator.

Allowing distributed sources to count toward the RPS reduces the risk that the state will overbuild renewable resources. This is no idle risk. Wind and solar – the only renewable sources currently growing in their share of the California power supply – produce electricity only when the wind is blowing and the sun is shining. On still or cloudy days, production will be way down; a windy clear day boosts production way up.

Demand doesn’t work that way and neither does the power system. Yo-yoing production makes keeping the lights on far more difficult. Californians already are all too familiar with rolling blackouts in the summer months.

If California wants to be in the business of increasing renewable power, it should treat distributed sources no differently than the large renewable installations utilities build. Sustainable energy requires energy markets that are sustainable, too.

Catrina Rorke is the director of energy policy and a senior fellow at the R Street Institute, a think tank based in Washington, DC.