When it comes to carrying out the death penalty for convicted murders, the California Legislature finds the lethal drug cocktails “cruel and unusual punishment,” which they say is a violation of the Eighth Amendment. Yet lawmakers were more than willing to approve a lethal drug cocktail to allow sick people to kill themselves. 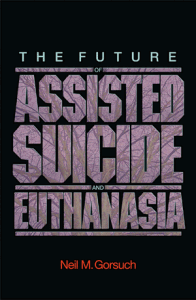 After months of contentious and difficult wrangling, the California Legislature has finally passed the controversial physician assisted suicide bill, which now awaits Democratic Gov. Jerry Brown’s signature or veto. But many argue that passage of legalized physician-assisted suicide would provide perverse incentives for insurance carriers to choose the cheapest, quick fix option – particularly in publicly-funded healthcare.

The California bill claims the new law would allow mentally competent, terminally ill patients receive a prescription from their doctor for drugs to end their life. Modeled after the Oregon law, the California Legislature failed to pass the bill in Assembly Committees during the regular legislative session, and it died. But proponents of assisted suicide legislation did a legislative end run around the appropriate process and resurrected the bill in a special session convened to address transportation and Medi-Cal budget issues.

California Sen. Jeff Stone, R-Riverside, a licensed, practicing pharmacist, addressed the issue in debate the way only a medical specialist can. “I formulate cocktails that have narcotics, that have anti-spasmodics, that in some cases, are made 500 times stronger than you can commercially buy in the United States, to give to people the palliative care, that in many cases – in most cases – will treat the pain,” Stone said. “Sufentanil, another narcotic, is 1,000 times stronger than morphine. “

Stone reminded colleagues that suicide is not a crime. “Anyone in America can take their own life without government say-so,” he added.

One of the proponents’ claims is that assisted suicide will end end-of-life pain and suffering. “There are no medical protocols on dosage, nor can pharmacists guarantee these will not cause suffering” Stone said. In Oregon, 15 to 25 percent of people who take the lethal drug cocktails fail to die, he explained.

Sen. Stone said anyone can search the Internet and easily find deadly drug and alcohol combinations, including taking a 100-count bottle of Benadryl, with a six-pack of beer. “Before you get to that last beer, you’ll probably be gone,” Stone said. “So why do we need this law?”

“We took the Hypocratic Oath,” Stone said. “We do not administer poisons.”

The Hippocratic Oath says: “I will keep [the sick] from harm and injustice. I will neither give a deadly drug to anybody who asked for it, nor will I make a suggestion to this effect.”

“No one should have to go through horrific pain and prolonged suffering when the end is clear,” said Sen. Lois Wolk, D-Davis, one of the authors of the bill. “This historic and indeed landmark legislation must correct inaccuracies,” said Sen. Bill Monning, D-Carmel, another bill author, “…that this is suicide. That’s an irrational act. End of life aid-in-dying is different. The Hippocratic Oath has also evolved.” Both lawmakers spoke of legacies and making history with this bill.

The bill has faced strong opposition from the Catholic Church, disability rights groups, and other patients’ rights groups looking to protect elderly, and mentally and physically incapacitated patients. And many have spoken out over concerns that some families could coerce an ill family member to agree to physician-assisted suicide against their will for the myriad of reasons seen in Oregon, including to avoid expensive medical care, or for a faster inheritance by greedy benefactors.

The bill was amended to address some of these issues, and now includes provisions to make it a felony to “trick or coerce patients to end their lives,” as well as the requirement that a second independent doctor must approve the decision.

One of the myths about assisted suicide in Oregon is that it is highly regulated and has strong safeguards, said Marilyn Golden, senior policy analyst with the Disability Rights Education and Defense Fund. Golden said proponents gloss over the serious lack of safeguards in Oregon’s law. Minimal data collection and gross lack of strong oversight of assisted suicide undermines any pretense of rigorous monitoring or strict regulation, Golden says.

Several lawmakers in opposition warned that by adding assisted suicide to the existing treatment options available, it becomes the cheapest option and makes it easier for steadfast and unambiguous pressure to be exacted on the most vulnerable – especially the poor.

At the recent legislative hearing on the bill, Golden warned the “Death with Dignity Act” alleges to focus on patient autonomy and “choice,” but the focus instead should be on doing everything to improve care at the end of life. Golden said: “Don’t be seduced by rhetoric of choice for a few, into a dangerous policy change that will bring social injustice to many.”