California Governor Jerry Brown inherited the Golden State, the land of opportunity. However, everything he touches turns Brown. 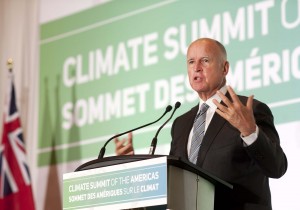 Climate change has been the top priority of his governorship… not the flailing economy, or California’s largest-in-the-country-and-growing poverty class, or the 47th in school performance issue, or the $600 Billion in unfunded public employee pension and health liability, or the desperate need for water storage, or even the illegal immigrant problem.

For Brown who has said “Latin makes you smarter than everybody,” Climate change is his ignis fatuus – his fata morgana, his hallucination, myth, hocus pocus, or head trip.

Climate Change: “one of the fundamental issues of our time”

Brown has never specified how to achieve his radical emissions target, despite it’s overwhelming importance to him. In April he issued an executive order to establish a California greenhouse gas reduction target of 40 percent below 1990 levels by 2030 – despite the 2006 legislation which established a GHG reduction target of 1990 levels by 2020. Some scientists say we’ve nearly reached the 2020 goal, because of improving technology and increased use of clean natural gas, so Brown felt he had to up the ante.

Talking incessantly about climate change as “the most important issue of our time,” has allowed politicians to avoid focusing on serious failures and incompetent leadership. With California Gov. Jerry Brown signing yet another controversial, extreme climate change bill, he has thrown up a huge diversion, while simultaneously helping to sink our economy even further. SB 350 puts into place by 2030, increasing utilities’ use of renewable energy by 50 percent, and increasing energy efficiency in buildings by 50 percent. Brown’s goal of reducing gasoline use in automobiles by 50 percent failed to pass, and was amended out of the bill.

In September, in a Bloomberg interview, Brown said he would challenge the Republican presidential candidates “to speak to what is certainly one of the fundamental issues of our time.”

“They fancy themselves defenders of life but they actually are willing merchants of destruction. I would like to see them be honest about climate change,” Brown said.

Still a possibility as a candidate on the Democratic Party ticket, Gov. Brown said in March that if he were running, climate change would be one of his top three priorities.

A colleague of mine calls this “perjury in office.” California’s unemployment is twice the national average, our Gross Domestic Product growth is half that of the nation, we’ve lost 9,000 companies to other states, wage disparity grows, and we have the largest poverty class in the nation. The only economic boom is to billionaire oligarchs Tom Steyer, Elon Musk, and other one-percenter government cronies.

California used to be the fourth largest economy in the world – today we are eighth or ninth.

While speaking at a summit of mayors at the Vatican in July, Brown pontificated that the world may have “gone over the edge” on global warming. “We’re talking about extinction,” Brown said.

“We don’t even know how far we’ve gone, or if we’ve gone over the edge,” Brown said in Rome. “There are tipping points, feedback loops. This is not some linear set of problems that we can predict. We have to take measures against an uncertain future, which may well be something no one ever wants. We are talking about extinction. We are talking about climate regimes that have not been seen for tens of millions of years. We’re not there yet, but we’re on our way.” 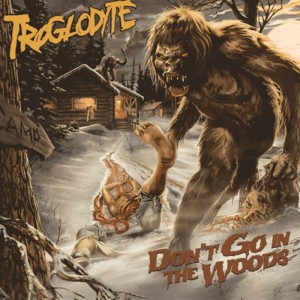 To those who dare to disagree, Gov. Brown calls them (us) “Troglodytes,” persons considered to be crude, reclusive, savage, or brutish, or as being deliberately ignorant or old-fashioned. However, the Governor leads a troglodytic existence more than I.

“God is not mocked for whatsoever a man soweth that he shall also reap and what Saint Paul said in reference to God, we can also say about God’s creation,” Brown said. “We have heard what we are doing to that creation. What a trillion tons of CO2 and other greenhouse gasses will do.”

“Right in the middle of this problem, we have fierce opposition and blind inertia and that opposition is well financed. Hundreds of millions of dollars going into propaganda, in falsifying the scientific record, bamboozling people of every country, television stations, political parties, think tanks, PHDs, university personnel,” Brown said.

Bamboozled. This is Brown’s version of “settled science.”

“We have to respond, and if we don’t the world will suffer, we will all suffer. In fact, many people, millions are suffering already.”

The suffering people are hurting because of liberal, Socialistic policies, including rabid environmentalism.

There is a difference between rabid environmentalists – who treat the cause with the fervor of religious extremists – and those of us who are conservationists who believe natural resources are to be used, but wisely and respectfully.

I remember Jerry Brown’s first two terms as California Governor. In 1976-77 during Brown’s first term in office, California had a very severe man-made drought… a drought of progress. The new governor called it his “era of limits.” Brown curtailed the building of dams, reservoirs and aqueducts to store and carry water throughout the state.  He halted all freeway construction. he claimed these decisions were so people wouldn’t emigrate to California.

Brown single handily set the future of California in the wrong direction. Population doubled anyway in the ensuing years, but the infrastructure has not.

California’s other drought problem is the excessive, arcane environmental regulations, which restrict how the state’s water is used. Environmental regulations take precedence, even in times of drought, and are never suspended. California water officials are releasing massive quantities of water for migrating fish, which ends up in the Pacific Ocean. Tens of billions of gallons of water have been flushed out to sea instead of being used by agriculture and urban uses, thanks to extremist regulations and non-existent water management in California. Much of this was to save a non-indigenous “endangered” fish, the Delta smelt. While farmers have had to let millions of acres go fallow, the state was letting millions of gallons of water run off to the ocean to save only a few Smelt and 27 salmon.

Brown blames California’s devastating wildfires on global warming. “This is a wakeup call,” Brown said standing in front of a scorched hillside at the Cowboy Camp Trailhead a few miles outside of Lake County, Craig Rucker of CFACT reported. “California is burning,” said Brown, then absurdly asking politicians, “What the hell are you going to do about it?”

Yet historical records from The Climate Depot show that extreme weather is running from normal to low, including drought and fire. 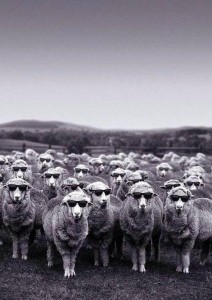 “Should California deal with its very real drought by ramping up emergency response and securing new sources of fresh water, or by demonizing American industry and CO2?” scientist Anthony Watts asked. “Exploiting genuine hardship and suffering to advance the global warming narrative is shameful.”

Craig Rucker asked: “Question for Governor Brown: Had Henry Ford never mass-produced the automobile or Edison invented the light bulb, had we never had the industrial revolution and lived in squalor, would California have had one more drop of rain?”

Life expectancy in the past 150 years has more than doubled. Millions of people have risen out of poverty.

As Bjorn Lomborg, author of “The Skeptical Environmentalist,” wrote in the Wall Street Journal this week, “the emission-cut pledges will cost $1 trillion a year and avert warming of less than one degree by 2100.” Jerry Brown’s climate change laws will have no meaningful impact on world temperature, nor will the UN’s climate treaty.

How much freedom and prosperity are we willing to sacrifice for less than a hundredth of a degree?