CA Legislature: Tobacco is Bad, Getting Stoned Daily is Good

Cigarettes are now illegal in San Francisco for anyone under 21, and soon to be throughout California. 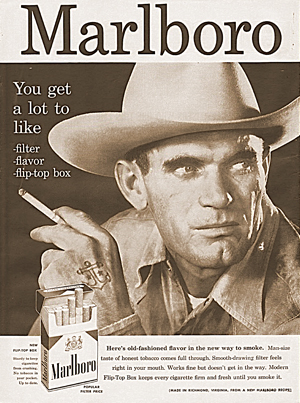 The new smoking ordinance was approved unanimously by the San Francisco Board of Supervisors, just as the State Assembly approved numerous anti-tobacco bills, including also raising the legal smoking age from 18 to 21 throughout the state.

But these same lawmakers support the legalization of marijuana, a mind-altering substance known to be addictive.

Smoking has been found to cause cancer, and is apparently so dangerous, it’s now against the law for those under 21. But lawmakers want to legalize pot use.

The now-radicalized California Medical Association recently announced its endorsement of the state’s initiative to legalize marijuana: the Adult Use of Marijuana Act. The CA Medical Association helped pass the controversial law last year for mandatory vaccinations, and another allowing doctor-assisted suicide.

The CMA hasn’t said much of anything about marijuana smoke, which contains three times as much tar and one and a half times as much carcinogen as tobacco smoke. Pot smokers hold the smoke in their lungs longer than cigarette smokers.

But we’re not using logic, reason or facts; this is politics.

California voters have rejected nearly all tobacco tax initiatives. In June 2012 voters rejected Proposition 29, which would have increased taxes $1 a pack to fund cancer research, anti-smoking programs and law enforcement.

In 2014 when Democrats had supermajorities in both houses of the Legislature, state Sen. Kevin de Leon, D-Los Angeles, authored a bill to place a new tax on cigarettes of $2 a pack, with an equivalent tax on cigars, pipe tobacco and other tobacco products. But de Leon could not get even members of his party to pass the bill.

Currently, Sen. Richard Pan, D-Sacramento, authored a bill to raise the tobacco tax by $2 per pack. But he could not get the required two-thirds vote to pass either.

A bill by state Sen. Mark Leno, D-San Francisco, was passed to define electronic cigarettes as tobacco products, and ban the use of electronic cigarettes in public places where cigarette smoking is prohibited, and subject them to the same sales and marketing laws that cover tobacco cigarettes. “This bill is an absolute outrage,” Assemblyman Matthew Harper, R-Huntington Beach said. “It’s trying to define non-tobacco products as tobacco.”

San Francisco logic is the State logic: Sodas are bad; the San Francisco Naked Bike Ride is good. Tobacco is bad; getting stoned daily is good.