On Friday April 15, 2016 the three-member California Agricultural Labor Relations Board voted to set aside the November 5, 2013 decertification election of the United Farm Workers at Gerawan Farming, and destroy the Gerawan employees’ ballots. 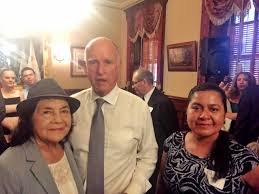 In other words, the ALRB is saying, “We will protect employee’s rights by destroying their ballots?”

Acting as an arm of the union, the ALRB did this to not to protect the farm workers – as is the ARLB mission – but to protect the flailing United Farm Workers labor union. Against every bit of evidence to the contrary, in doing so, the ALRB has declared by default that the employer has somehow violated the law. But in reality, the ALRB has violated the law, as I’ve chronicled in hundreds of stories, for nearly four years now.

This decision punishes the Gerawan workers, and demonstrates just how berserk the ALRB is.

“The Board did not find that Gerawan instigated this employee-led campaign to oust the UFW,” Gerawan Farming, Inc. said in a statement. “It did not hold that the election the Board ordered and supervised was flawed. Yet the Board concludes that ‘it is impossible to know whether the signatures gathered in support of the decertification petition represented the workers’ true sentiments.’ On that basis – and two and a half years after ordering that election – the Board decided to set aside the results, and to destroy the ballots.”

And the ALRB never acknowledged that the decertification election took place under the watchful eye of Superior Court Judge Hamilton, which he had backed up with threats of injunctions, orders of contempt, and Temporary Restraining Orders.

If that is not enough to give free choice a fighting chance, then what is?

How Did This Happen?

Gerawan farm worker Silvia Lopez has worked for Gerawan for 18 years. The original vote to unionize Gerawan Farming, Inc. took place more than 23 years ago. As with most unionized workers today, Lopez never voted for the union. And in her 18 years of employment with Gerawan, neither she nor any other worker has ever received any of the union benefits it claims to want to start providing, because the union was absent the entire time; no collective bargaining agreement was ever initiated or put into place. On the contrary, Lopez and her coworkers say they love their employer, enjoy the highest wages in the industry, and a myriad of other employer-provided benefits.

So, Silvia Lopez led the successful petition effort in which the ALRB had to hold an election; and thousands of her co-workers likely voted to decertify the UFW union from Gerawan Farming.

But the California Agricultural Labor Relations Board refused to certify the election claiming election improprieties. They locked up the ballots on Nov. 5, 2013.

Lopez sent appeals to state lawmakers reminding them of UFW founder Cesar Chavez’s goal of wanting the dignity and rights of farm workers to be respected. Lopez even solicited help from the Legislative Latino Caucus in Sacramento. Not one Latino Caucus member ever returned her calls, and all refused to meet with her.

It would appear that “every vote counts” only really matters unless it is a union decertification election.

The ALRB agrees that the Gerawan workers initiated and carried out the effort to have the decertification election. “Once that decision was made, it should have been nearly impossible to find otherwise,” Gerawan attorney Paul Schwarz said in an interview.  “We need to do is what we do in this country, and that is to count the votes.”

In announcing its intention to destroy the ballots and disenfranchise the workers, the ALRB will deprive the workers of their rights guaranteed by the state Constitution, and state law – the Agricultural Labor Relations Act, created, passed and signed into law by Gov. Jerry Brown in 1975.

Only now, Gov. Brown and his well-connected political appointees on the ALRB (all Democrats) don’t like the voice of the farm workers, solely because thousands of farm workers in California do not want to be unionized.

ALRB Chairman William “Gould’s elitist view is that farmworkers are too ignorant or stupid to be able to think or function on their own, and that they need elite Stanford professors, lawyers, and establishment politicians to mediate between them and their employers,” Pick Justice said today. “In a bizarre statement that sounds more like an ideological commitment to class conflict than to ensuring peace in the fields, ALRB Chairman William B. Gould IV said: “The Board cannot permit an employer to become the benevolent champion of its employee’s rights.” (See page 75 of the ALRB ruling.)”