Earth to feds: Your “green” power-tripping hurts people and the environment! 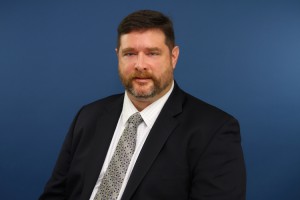 It’s Earth Day, and our federal government is here to help. Browse any agency’s website to see press releases crowing about the good being done for our big blue marble. Take the United States Army. Seriously. According to the Pentagon, in an April 7, 2015 press release, “taking care of the Earth is an everyday mission for the U.S. Army Corps of Engineers.” Setting aside the irony of history’s most destructive fighting force boasting of protecting bunnies and bushes, how true is this even?

Northern California’s Sacramento Valley hosts several million acres of America’s most productive farmland: rice fields, orchards, grain and vegetables, and rolling pastures that feed people across this nation and around the world. One of those farms, in Tehama County, owned by Duarte Nursery, has been closed by the planet-protecting Army Corps of Engineers. For plowing a field.

Yes, that’s right. The Army claims Duarte Nursery violated the Clean Water Act by plowing without permission. Which is odd, because that law doesn’t apply to plowing. The Clean Water Act is a strict and onerous statute, so Congress, in one if its few lucid moments in the last fifty years, broadly exempted farming from it. Getting a Clean Water Act permit usually takes years; application costs average a quarter million dollars. Any nation that imposes that permit to grow food will starve.

So why is the Army Corpssuing Duarte Nursery for making its land productive? This reckless suit has nothing to do with taking care of the planet. It’s just bureaucratic mindlessness. The Corps wrongly concluded that Duarte Nursery permanently destroyed dozens of acres of wetlands, based on an error-ridden report that a field staffer wrote after driving by the farm a couple of times. Based on this mistake, the Corps first shut down the farm, then sued for millions in penalties. After filing the suit, the Corps finally figured out its mistake: no destroyed wetlands, no excavations, nothing but plowing.

Since plowing is not regulated by the Clean Water Act, you would think the Pentagon guys would have said “never mind,” and wished everyone a good day. But that’s not how the feds roll, so instead the Pentagon doubled down. The Corps paid a nationwide team of hired expert witnesses hundreds of thousands of your tax dollars to write hundreds of pages of reports, saying that the farm’s four inch plow furrows are really “small mountain ranges.” Based on this fantasy, the Pentagon continues its Clean Water Act lawsuit against a farming company that did nothing that the Clean Water Act covers. And the farm remains shut down. Great job taking care of the Earth every day, Army Corps.

This should not be a surprise. Pathetically, it’s often how the federal government “takes care of the Earth every day.”

The federal government is no better at protecting the environment than it is at delivering timely health care to veterans, at fair administration of the tax laws, at improving local schools, at controlling the costs of and improving access to health care: pretty bad, unless you only count press releases and the number of pages in glossy reports.