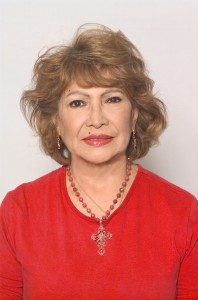 As an earlier supporter of President Trump’s candidacy, it was such a great sound to hear the introduction of “Mr. Speaker, the President of the United States of America.” President Trump being escorted into the Chamber by Congressmen Kevin McCarthy and Steve Scalise, the President wearing a very fashionable blue stripe tie received a warm standing ovation.

Putting aside my bias, I must say that we heard a very Reagan style speech, he stared by celebrating the end of Black History month, condemning hate and evil, the threats of violence and vandalism against Jewish Community Centers .

He spoke about patriotism; “Each American generation passes the torch of truth, liberty and justice, in an unbroken chain all the way down to the present.” As “A new national pride is sweeping across our Nation.’

He is not going to allow the mistakes of the recent decades past to define the course of the future of our country, he spoke of how we have built one global project after another but have ignored our children in the inner cities of Detroit, Chicago, Baltimore and many other cities in the country, of spending millions of millions of dollars abroad , while ignoring the infrastructure right here.

He also remain us that in 2016 a revolution stared (the Deplorables) with people across our land with diverse backgrounds, gender, colors and creeds who just wanted to be heard about their concerns and a fair shot for their children, and the movement turning into millions of people who truly wanted to MAKE AMERICA GREAT AGAIN. He spoke about our veterans getting the service that they truly and desperate need, about given our military all the resources they richly deserve.

About the “Crumbling infrastructure will be replaced with new roads, bridges, tunnels, airports and railways gleaming across out beautiful land>”

That since his election ad President, major U.S. companies like Ford, GM, Lockheed, Intel, Fiat, Chrysler, Wal-Mart and several others will invest billions of dollars in our country and will create thousands of new jobs for Americans. Of the stock market (thank God) has gained almost 3 billion dollars since Nov 8th, 2016.

Of draining the swamp of government corruption with lobbyists, of finally clearing the way for construction for the Keystone and Dakota Access pipelines, which will create thousands, of thousands of jobs, and that the new American pipelines be made with American steel.

Withdrawing the US from the TPP, he emphasize the pleas of the American people of immigration enforcement and border security, by beginning the construction of a “great wall” along the southern border. His obligation to serve, protect, and defend the citizens of the United States by taking strong measures from “Radical Islamic Terrorism” and related attacks since 9/11 from Boston to San Bernardino, and attacks in France, Belgium, Germany and other cities and countries. He spoke very eloquent to “demolish and destroy ISIS”
Oh, and the fact that the Obama administration increased a huge “debt than nearly all other Presidents combined.” The need to reduce a tax rate on American companies “so hey can compete and thrive anywhere and with anyone. At the same time, provide massive tax relief for the middle class.”

And as promised while campaigning, he asked “Congress to repeal and replace Obamacare, to expand choice, increase access, lower costs, provide better healthcare. To ensure that Americans with pre-existing conditions have access to coverage.”

Emphasized that “Education is the civil rights of our time.” Calling for Congress to pass a bill “that funds school choice for disadvantaged youth.”

The President has spoken, his unilateral support for our military, law enforcement, safer communities, against rampant crime and murders, “From now on, America will be empowered by our aspirations, not burdened by our fears,” Congress should act, and WE the People should hold them accountable.