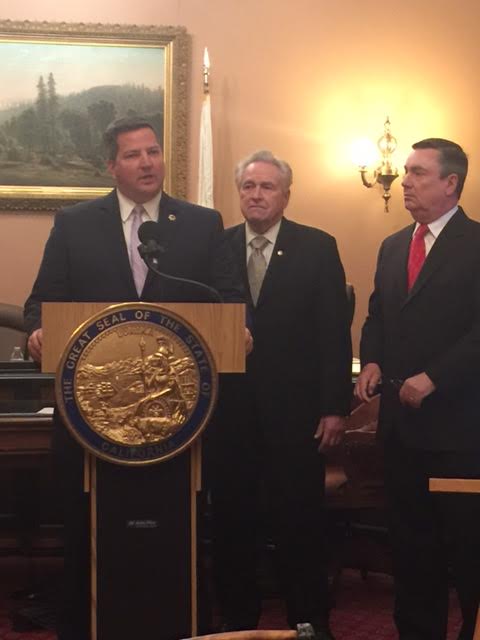 California Senate Democrats are rushing a bill through to restrict local law enforcement in the state from cooperating with federal immigration authorities on criminal illegal aliens. Why? Out of little or no concern for the welfare of immigrants, most say illegal immigrants are the Left’s most reliable voting bloc, especially in California where illegal aliens can obtain a drivers license and vote.

De Léon, who recently admitted his real name is Kevin Alexander Leon (he added the “de”), stated in a hearing that “half his family” was in the country illegally, using false documents, and eligible for deportation under President Trump’s new executive order against “sanctuary” jurisdictions.

At Monday’s press conference, Kern County Sheriff Donny Youngblood warned that Kern County is at risk of losing 45 deputy sheriff positions if federal funding is cut because of de Léon’s bill. Youngblood said Kern County is currently suffering from the downturn in oil prices. “I have currently 116 vacant deputy sheriff positions. You add 45 to that, and we won’t even have 24-hour coverage in our outlying areas. This is a very devastating bill. And don’t lose sight of the fact who the victims are with these criminals that are in this country illegally, committing crimes. It’s the other people in this country who are undocumented.”

“We have a growing violent crime problem,” Jones warned. “I am not going to sit here and say that the undocumented criminals are far worse than the citizen criminals. That’s just not the case. But you have to understand that there’s a percentage of each group, demographic, including undocumented, that commits horrific crimes and preys upon other people.”

Jones said his department, like most other sheriff departments, allow Immigration and Customs Enforcement to use space within the jails to fulfill their duties, which ICE pays for annually. The loss of federal revenue stream means Sacramento County stands to lose 100 officers from the streets. “Courage and honesty is needed right now,” Jones added.

Kings County Sheriff Dave Robinson said the drug cartels stand to benefit greatly from passage of SB 54. “We need to be able to work with ICE to get rid of these criminals,” Robinson said. “SB 54 creates sanctuary for criminals who are preying on our communities. Illegal Canadian Immigrant Randall Allison’s case is a perfect example of who SB 54 will protect.  Allison was caught transporting more than 200 pounds of cocaine through the Central Valley in California. If SB54 becomes law, criminals like Allison will be allowed to go free from local custody.”

Anderson warned that SB 54 does not draw a distinction between criminals or innocents. “This puts everyone at risk,” Anderson said. “It forces ICE to go door-to-door and puts more at risk. There is no state law stopping ICE.”

The sheriffs said by allowing ICE to come into the prisons, they are going to where the criminals are, rather than searching for them in the community. 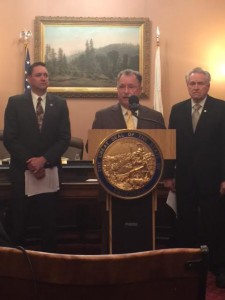 SB 54 would prohibit state and local law enforcement agencies from using any of their resources to investigate, interrogate, detain, detect, or arrest persons for immigration enforcement purposes. The bill specifically prohibits cooperation and communication with federal immigration authorities, unless the federal government first issues a federal warrant, which is not always feasible.

A University of California, Berkeley study of more than 1,000 Californians, found 74 percent oppose sanctuary city policies. Yet, legislative Democrats are pushing SB 54 to restrict local police and sheriffs from assisting or cooperating with federal immigration authorities… and despite that the UC Berkeley study results included 73 percent of Democrats and 65 percent of Hispanics.