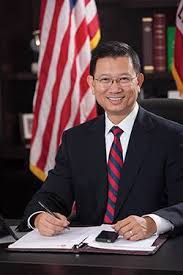 Black April, April 30, 1975 marks the end of the longest military conflict in the 20th Century for Vietnam. While the Vietnam War might have ended then, the people of Vietnam still do not enjoy peace and freedom in their own country. Even though many nations around the world have normalized diplomatic relations with Vietnam, as the U.S. has done so in 1995, the Hanoi Regime has not chosen to normalize relations with its own citizens.

The Communist Party of Vietnam continues to oppress its people, including journalists, peaceful dissidents and human rights advocates. To understand why this condition continues to persist and why we must take a stand against it, we must look back at how Communist Vietnam came into power and how we can force a change in its direction.

Vietnamese Communism did not start in 1975, or 1945 for that matter, but, in fact, in 1930 as an attachment to the Chinese Communist Party, under the leadership of Communist Russia. At that time, Vietnam was a colony of France, which rule led to a nationalist movement for the independence of Vietnam. Late to the game, the Vietnamese Communist Party professed two basic goals: independence and nation building, but its overarching goal was to eliminate nationalist leaders, who were not Communist. It was also part of a regional strategy with China and Russia to expand Communism throughout Asia.

World War II and the Korean War threw Asian geo-politics into further turmoil. By the time the U.S. was ready to be a major player in Southeast Asia, it struggled to choose between two different directions in Vietnam. One was to create a hegemony against Communism, and the other to create a Democratic Vietnam. After Vietnam was divided in 1954, Hanoi was freed to pursue its agenda of Communist philosophical purity in North Vietnam, which then spread to its ambition to pursue that agenda in the South. All the while, North Vietnam worked to keep the U.S. confused in its political objective in South Vietnam.

North Vietnamese strategy of destabilizing the South and demoralizing the U.S. public through political unrest and prolonged guerilla warfare culminated in the Tet Offensive of 1968. As war slogged on from 1968 through 1973, the U.S. began its process of disentanglement. The question today is what has Hanoi done since it “liberated” the people of South Vietnam?

Vietnam remains a country with most of its people mired in poverty. Kleptocracy, under the guise of rules of law and free market, robs people of their properties and rights. Hanoi has sold off more and more of its national resources to enrich a few, while Vietnam has fallen more and more under the control of China. Chinese nationals have been allowed to emigrate by the hundreds of thousands to and invest in Vietnam, so that their products can carry the Made in Vietnam label and enjoy favorable tariffs with the world.

But most of these exports are not, in fact, made in Vietnam. Foreign corporations, especially Chinese, are permitted to freely import their materials into Vietnam, employ some local labor to provide minimal value added to their products, and export the final products as Vietnamese. Moreover, toxic environmental wastes generated by these manufacturers are allowed to be dumped in Vietnam, even deep in the ocean off the coast. For example, mass protests have been held this past year throughout Central Vietnam to demand that the government to stop Formosa, a Chinese company, from dumping toxic waste in the ocean, causing millions of fish to die and destroying the livelihood of countless fishermen in the region.

Vietnamese-Americans, like myself, are fortunate to be living in the U.S., a nation of law and order. We believe in the noble and heroic role we hold as a nation, as a force for good around the world. We have seen the results when forces of tyranny are allowed to expand unchecked. Reflecting on the privileges we, as Americans, and especially as Vietnamese-Americans, have enjoyed in the past 42 years, we hope America will continue to be vigilant against the tyrannical Communist Party of Hanoi and the expansionist policy of China. One does not have to look far beyond China’s land grab in the South Asia Sea to see its militant intentions.

The U.S. is a beacon of justice around the world. Our country has never shied away from its commitment to basic human rights. We should not stand by idle, while tyrants repress their people and harm the environment. We, as a nation, should demand no less than respect for our basic values from our trade partners, and this is the direction to which Vietnam must change.

A former Deputy District Attorney, public defender and City Councilman, Supervisor Andrew Do serves as Vice Chair of the Board of Supervisors in Orange County, California representing Central Orange County.