Twisted Eco-Socialism in Sacramento With ‘Free’ Zipcars For the Poor 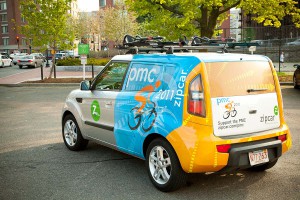 But don’t worry taxpayers – “The program is funded through a $1.3 million grant from the California Air Resources Board using cap-and-trade funds that businesses pay to offset their carbon emissions,” according to the Sacramento Bee. In other words, the money extorted from California businesses for the privilege of being allowed to continue doing business in this state, is paying for these free cars for people who don’t work.

The CARB designed the flawed cap-and-trade system, and set up carbon auctions, which do nothing to clean the supposedly dirty air we breathe – it’s just a big taxing scheme. Carbon trading is actually emissions trading by businesses forced into these “agreements.” The actual goal for the California Air Resources Board is to redistribute money from wealthier legislative districts to poorer legislative districts via the cap-and-trade taxing scheme.

Here’s the logic behind this free-car program: “’Not having a car … it can be a real strain to get places safely,’ said Thomas Hall, spokesman for the Sacramento Metropolitan Air Quality Management District.”

Ironic, since those of us who work to pay for our automobiles are constantly told by our government that cars are bad, cars are greenhouse gas emitters, and we should not be driving.

Nowhere in the article was there a mention of the free Regional Transit bus and light rail passes welfare recipients receive, courtesy of the taxpayer.

Ah. That’s it. “Environmental Justice.” This is just rich. And ironic, again. Actually it’s Eco-socialism and green socialism. There’s no “justice” in it. Eco-socialists advocate dismantling capitalism, focusing on common ownership of the means of production. There is no justice in this.

Mustafa Ali, the environmental justice leader at the Environmental Protection Agency recently tendered his resignation, after “serving” for 20+ years at the EPA, “working to ease the burden of air and water pollution in hundreds of poor, minority communities nationwide.”

And yet today, even after two decades of Mustafa Ali’s anti-capitalism, anti-free market, business-strangling regulations, people living in his precious “disadvantaged areas” are living in worse conditions than ever.

How’s that Environmental Justice working out, Mayor Steinberg? The truth of environmental justice is it’s nothing more than another Socialist/Marxist way to take earnings from taxpayers, and redistribute the money, goods or services to those who do not work. A better, more effective way, and one that promotes personal freedoms, is to cut regulations, and allow businesses to put more people to work.

Another irony: Climate change in the states which have a free market approach to environmentalism and conservationism, including global warming, are actually getting better results than California is. They cut regulations, and got government out of the way of businesses’ ability to innovate. That’s the approach the Trump administration is taking, rather than burdensome regulations. And that is likely the real reason Mustafa Ali resigned from the EPA.

“Sacramento County Supervisor Phil Serna said he hoped the project would introduce more consumers to electric vehicles, giving them a chance to ‘warm up’ to the technology,” the Bee reported. You can’t make this up. People living in public housing are on welfare, and are not typical “consumers” of automobiles… Duh.

“But this is a green electric car,” you say. Maybe it is painted green. There is a reason I call them “coal-powered electric cars.” Where do you think the electricity comes from to power electric cars, even in California?

The arrogant, elitists running this state and the City of Sacramento are now telling us that access to a car is a right – after telling taxpayers for decades we are evil for incorrectly perceiving a need to drive a car, even to our places of work.

This is the sickest State-sponsored attempt at Democrat Utopian Socialism. I have an idea… maybe Mayor Darrell Steinberg should hire some of the unemployed public housing residents to drive him in these Zipcars to his meetings – at least they’d be working.