In Part l of my interview with El Dorado County Superior Court Judge Steven Bailey, who recently retired from the bench to run for California Attorney General after nearly nine years on the bench, we discussed how the current and recent attorneys general have weaponized the office to use the law against political enemies. 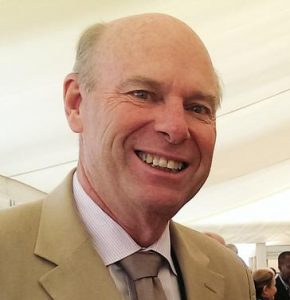 Judge Bailey, who has been an attorney since 1990, is a contrast against Xavier Becerra, the current Attorney General who has been a politician his entire career rather than practicing law. Becerra’s law license was filed “inactive” with the California State Bar Association until 1/1/2017.

Judge Bailey is concerned how law enforcement is being misused and put in the position of having to be mental health case-workers, thanks to Proposition 47 (2014) and Proposition 57 (2016), along with Assembly Bill 109 which allowed for the release of criminals back on street, as well as the decriminalizing of many felonies including theft and many sex crimes. “Crime is out of control,” Bailey acknowledged.

Because of Propositions 47 and 57, county jails are mental health facilities, full of mentally ill convicted of crimes. “Homelessness, mental health and drugs are interfaced,” Bailey said. “Not all, but a substantial portion we see revolving through the mental health system are.” Bailey explained if they take enough drugs and they will end up mentally ill.

“You and I would go to our doctor and ask for something for our depression. But there’s a different group of people mildly to moderately mentally ill who think they can control their mental illness by taking a little meth or cocaine, which makes them feel good. Pretty soon they are addicted, still mildly or moderately mentally ill, committing crimes and living in the park,” Bailey said.

“We pretend they are the homeless,” Judge Bailey added.

The Democrats’ solution is to throw some money at the “homeless” and build some public housing. “But they are just going to tear the place apart, use drugs, and end back up on the street,” Bailey said. He’s seen it time and time again. “The 47,00 homeless on the street in Los Angeles revolve through the jails because they can’t sustain. We give them psychotropic drugs to stabilize them, and let them back out on the street.”

Judge Bailey said California needs to do what Texas did; “Texas was smart enough to provide services to the moderately mentally ill, through community based programs and privately based non-profits, as opposed to relying on the government.”

“They were able to take $1 billion the state was going to spend on a new prison, and put it on the streets,” Bailey said. “They pared their prison population down in a responsible way. People did not commit crimes when they were properly medicated.”

“It seems to me that it’s a lot cheaper to take care of them in the community rather than leave them in the jail a long period of time,” Bailey added.

Typically you don’t hear an Attorney General talk about taking care of people but judges see these people coming through the courtrooms, and aren’t able to help them.

That is just one important issue what Judge Steven Bailey wants to change as California’s Attorney General.

One of the big areas desperately needing reform “is the group of people who write ballot titles,” Bailey said. “All we’re asking for is an AG who is focused on being honest and forthright. It’s one of the basic things when you’re trying to vote and understand these complex initiatives on ballot.”

“All we want is the AG to write fair, accurate titles and ballot summaries,” Bailey added. “I don’t need them to focus group it. They don’t need to join the other side because they don’t like what someone is going to do.”

Bailey used Assemblyman Travis Allen’s (R-Huntington Beach) repeal of the gas tax initiative as an example of one of the most grossly dishonest political statements the Attorney General could write. Allen filed an initiative to repeal the recently signed $52 billion gas tax and put it to a vote of the people in 2018. Attorney General Xavier Becerra’s title says the effort to repeal the gas tax increase “Eliminates recently enacted road repair and transportation funding by repealing revenues dedicated for those purposes.”

Becerra’s ballot title and summary also attempt to con voters into thinking SB 1 revenues are guaranteed solely for transportation and road repair, when it contains no such guarantees. It also further claims that the initiative will “eliminate” an office that does not exist, the Independent Office of Audits and Investigations.

The new gas tax law lacks sufficient safeguards for the money to be actually spent on road repairs and transportation (as verbally promised by its backers) and would allow money to be spent on other favorite projects of the left.

Bailey added, “There is no way of addressing that partisan approach without replacing the people in the DOJ and electing an new Attorney General for California.”

Boom. It is past time to Drain the California Swamp.