The California Legislature has had at least 30 sexual harassment claims/investigations in the last 10 years. But Democrat State Senator Hannah Beth Jackson of Santa Barbara, who has held legislative office 1998-2004 as an Assemblywoman, and has been in the Senate since 2012, prefers to attack the private sector. 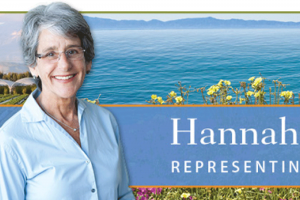 Isn’t this rich? While Senator Jackson, an outspoken mega-feminist and man-hater or misandrist, has been silent on her own colleagues’ sexual exploits in the Senate and Assembly, she set out to attack private sector venture capitalists.

Or as a certain preacher famously said, “The chickens have come home to roost.”

Sen. Jackson has been uncharacteristically quiet of late, what with all of the sexual harassment and sexual abuse allegations inside of the Legislature.

What’s the matter Senator Jackson? Cat got your tongue?

Jackson who sits on the Senate Labor and Industrial Relations Committee and the Senate Public Safety Committee, and was the chairwoman of the California Legislative Women’s Caucus, continues to author grossly bias bills which often favor trial attorneys, rather than the victims she claims to care so much about.

Existing law establishes liability for sexual harassment when the plaintiff proves specified elements, including, among other things, that there is a business, service, or professional relationship between the plaintiff and defendant. Existing law states that a relationship may exist between a plaintiff and certain persons, including an attorney, holder of a master’s degree in social work, real estate agent, and real estate appraiser.

This bill would include an investor among those listed persons who may be liable to a plaintiff for sexual harassment.

As one report explained, Jackson’s introduced legislation is to clarify legal protections for entrepreneurs facing sexual harassment. This is a bill in search of a problem, likely sponsored by the Trial Lawyers.

Beyond the obvious hypocrisy by Jackson and the trial lawyers, read this drivel that they can’t even hold themselves up to:

Section 51.9 of the Civil Code is amended to read:

(a) A person is liable in a cause of action for sexual harassment under this section when the plaintiff proves all of the following elements:

(A) Physician, psychotherapist, or dentist. For purposes of this section, “psychotherapist” has the same meaning as set forth in paragraph (1) of subdivision (c) of Section 728 of the Business and Professions Code.

(F) A relationship that is substantially similar to any of the above.

(2) The defendant has made sexual advances, solicitations, sexual requests, demands for sexual compliance by the plaintiff, or engaged in other verbal, visual, or physical conduct of a sexual nature or of a hostile nature based on gender, that were unwelcome and pervasive or severe.

(3) There is an inability by the plaintiff to easily terminate the relationship.

(4) The plaintiff has suffered or will suffer economic loss or disadvantage or personal injury, including, but not limited to, emotional distress or the violation of a statutory or constitutional right, as a result of the conduct described in paragraph (2).

(b) In an action pursuant to this section, damages shall be awarded as provided by subdivision (b) of Section 52.

(c) Nothing in this section shall be construed to limit application of any other remedies or rights provided under the law.

Sen. Jackson has another bill to “end all forms of discrimination against women.” Specifically, her bill SCR 78 “Declares, on behalf of the Senate of the State of California, the Assembly thereof concurring, that the Legislature acknowledges that there is a continued need for the State of California to protect the human rights of women and girls by addressing discrimination, including violence, against them…”

SCR 78, as introduced, Jackson. The Convention on the Elimination of All Forms of Discrimination Against Women.

This measure would acknowledge that there is a continued need for the state of California to protect the human rights of women and girls and to analyze the operations of state departments, policies, and programs to identify discrimination and, if identified, to remedy that discrimination. The measure would support the implementation of the principles underlying the Convention on the Elimination of All Forms of Discrimination Against Women (CEDAW).

If you weren’t convinced before that California’s swamp also needs draining, bills like Sen. Hannah Beth Jackson’s should. Jackson is an opportunistic, righteous busy body, who engages in daily moral preening. She thrives on lording over the common folk with bills just like this.

All men are not predators, but there is a preponderance of predatory behavior in traditional liberal dominated institutions: politics, Hollywood, media, and the elite wealthy.

Senator Jackson, pull your bills and clean up on your own house. Now.