Pardonne moi, Governor Jerry Brown, but California is a cesspool and you are giving absolution to criminals. 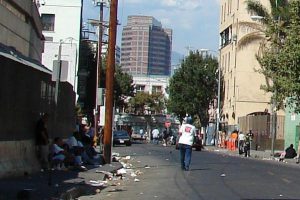 Brown’s smug ‘burn it down and leave’ attitude, together with all of the left, is based on the self-righteous belief that more than half of the country does not know what’s good for them – and liberals and leftists do. They hate us for not aspiring to their glamorous and important lives, and then feel compelled to tell us how to live.

Burn it Down and Leave

Because of Governor Jerry Brown’s ineptitude, incompetence and corruption, Californians are facing a dangerous and uncertain future. Because Jerry Brown would not address the issues a sincere governor must, his chosen distractions like climate change and criminal pardons are costing us dearly. On his way to United Nations climate talks in Bonn, Germany in November, Brown stopped by the Vatican to chat up like-minded climate change thought leaders, and said, “It is despairing. Ending the world, ending all mammalian life. This is bad stuff.”

How’s that for some verbal fecal matter?

“There’s nothing that I see out there that gives me any ground for optimism,” Brown said.

At a recent Christmas Party, I learned that California Governor Jerry Brown would be shortly issuing 132 pardons and 19 commutations. The unsuspecting tipster told me this excitedly, as if it was a good thing, because you know, these former criminals, druggies and crooks are now rehabilitated, reformed and educated.

In my recent book co-authored with James V. Lacy, “California’s War Against Donald Trump: Who Wins? Who Loses?“ we address Brown’s defiance against the Trump Administration, most evidenced with Jerry’s preoccupation with illegal aliens (over citizens), sanctuary cities and California as a sanctuary state. Brown defied President Trump, California’s residents, public safety and all common sense, by signing into law legislation identifying California as a “sanctuary state.”

While Brown and his fellow travelers in the State Capitol live privileged lives of the elite variety, the streets of Los Angeles, San Francisco, San Diego and Sacramento  are littered with diseased, drugged, schizophrenic homeless vagabonds, and criminals making victims of citizens due to Brown and Democrats’ socialist policies. (Graphics and video of Los Angeles tent city pic.twitter.com/7pqTEBsaYk ) 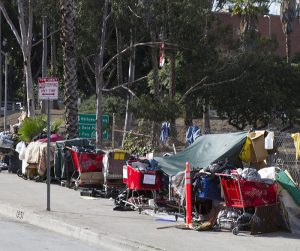 According to my friend and colleague Lloyd Billingsley at Frontpage Mag, this is just “the latest in the 1,059 pardons and 37 commutations Brown has granted since regaining office in 2011. Brown thus surpasses the 404 pardons and one commutation during his previous terms as governor (1975 to 1983), and far exceeds the combined 15 pardons and 14 commutations from 1991 through 2010 under governors Pete Wilson, Gray Davis and Arnold Schwarzenegger.”

Nearly every “news” article in the California media reporting on Brown’s latest pardons and commutations focused solely on the “criminals who received reduced sentences – and the good deeds they performed to merit the reduction,” the Associated Press actually reported.

But what about the victims, and the grieving families of the victims, who did not receive taxpayer-funded rehabilitation, education, training and reformations, as did the violent felons? Brown has never addressed or even acknowledged the victims – only the criminals.

Jerry Brown has made it well-known that his priority is reducing prison populations, as he has accomplished with prison realignment through Assembly Bill 109, and the decriminalization of many crimes through Proposition 47 and Proposition 57… And now with these 1,059 pardons and 37 commutations.

“In light of San Bernardino, the (Kate) Steinle verdict and the sanctuary legislation, any observer could be forgiven for believing that Jerry Brown cares more about the concerns of criminal illegals than the legitimate citizens they victimize,” Billingsley wrote. “The governor’s pardon spree fits the pattern.”

As one SacBee.com reader commented, “The three P’s in our criminal justice system that need to be eliminated: Probation, Parole and Pardons. The sentence should be absolute.”

I can assure you dear reader, you would not be granted a pardon or sentence commutation by Governor Jerry Brown if you were convicted of “robbing four liquor stores and a donut shop at gun point,” or “two counts of first degree murder,” or “pushing a man into the trunk of a car where the victim died of asphyxiation,” or “hiring someone to kill your husband;” all crimes which Brown just pardoned.

What Californians actually want is a governor who puts the needs of legal taxpaying California residents and citizens over those of violent, dangerous, recidivist criminals, and illegal alien criminals. That’s all. But that is not Brown’s agenda.

Jerry Brown, as with most elitist leftists, has a deep seeded disdain for middle class workers and voters. Despite that you live in California, have a job and pay excessively high taxes, Gov. Jerry Brown calls you a freeloader, a troglodyte, and wants your “little green lawns” to be destroyed as an offering to the climate change gods. Brown’s sneering condescension and offensive name-calling of his taxpayers is what provoked Donald Trump’s election’s. This reaction was and remains an anti-elitism backlash, whether leveled at politicians, Hollywood, the NFL or corporate elite.

California is Failing Thanks To Jerry’s Policies

California is home to the most residents living below the poverty line in the country. And now with our politicians’ disregard for federal immigration laws, more than a quarter of the 38 million Californians were not even born in the United States. An average of 4.4 million Californians received welfare food benefits each month in fiscal year 2015, according to the Public Policy Institute of California, a number much higher in 2017. ​Overall, Californians received nearly $7.53 billion, or 10.8% of the total national spending on SNAP benefits. California has a small state-funded program ($80 million in fiscal year 2015) to assist non-citizen legal permanent residents who are ineligible for federal benefits.

What Happened? (to Jerry’s Legacy)

Jerry Brown’s real legacy is in tatters, and California has never been more unstable and at a dangerous tipping point. Rather than creating policies to make California a healthy business state once again to incentivize businesses, Jerry Brown and California Democrats have instead created a permanent poverty class. Jerry and his corrupt Democrats in the statehouse are passing bills at lightning speed to add regulations, massive tax increases, more gun control, restricting more freedoms, all while prattling on about climate change and nuclear war. Fortunately, President Trump announced in June that the United States would pull out of the Paris Climate Accord, making Jerry’s head explode.

Jerry’s legacy will leave us a massive unaffordable water tunnel project which would divert enormous quantities of water from the Northern CA Sacramento River to the south Delta for export to Southern California. Brown’s legacy leaves us the boondoggle High-Speed Rail train – which is also unaffordable, unsustainable and already bankrupted. Jerry leaves us his faux Cap and Trade job and wealth redistribution scheme, which only serves to extort massive amounts of money from California businesses.

California, thanks to Jerry Brown, has the highest taxes in the country, and public pension debt that is about to implode. Stanford University’s pension tracker database pegs the market value of California’s total pension debt at $1 trillion or $93,000 per California household in 2015, a number much higher in 2017.

“Since Gov. Brown was sworn in, becoming the oldest governor in state history, 243,099 people have fled California on net for other states, taking $7.794 billion with them to states that don’t have such high taxes and onerous regulations that make housing unaffordable for middle class households,” Patrick Gleason explains at Forbes. “The personal and corporate income tax hikes championed by Gov. Brown in 2012 have likely helped exacerbate the exodus of Californians. In a move that will further drive up the cost of living in one of the hardest states in which to get by, Gov. Brown approved an extension of the state cap & trade program earlier this year. This will hurt low and middle income households the hardest, who will face what is effectively a regressive tax hike in the form of higher gas prices and utility bills.”

So pardon me, Governor Brown, but your aberrant style of leadership has been as maniacal as a third-World dictator, and your legacy is a complete and total failure, tainted by frequent lunatic ravings. Brown says humankind would face dire straits if his climate change policies are not fulfilled. “Maybe not in my life, I’ll be dead…Most of you people, when I look out here, a lot of you people are going to be alive,” Brown recently said at a legislative hearing extending his cap and trade legislation for another decade, despite no evidence of air quality improvements. “And you’re going to be alive in a horrible situation. You’re going to see mass migrations, vector diseases, forest fires, Southern California burning up. That’s real guys. That’s what the scientists of the world are saying.”

“I’m not here for some cockamamie legacy that people talk about,” Brown added. “This isn’t for me. I’m going to be dead. It’s for you. It’s for you and it’s damn real.”

Jerry’s right about one thing – his cockamamie legacy is damn real for all of us.