By Lloyd Billingsley and Katy Grimes

The Oroville Spillway mystery only deepened with the recent forensic report; who was the unqualified designer the state hired? Or did they?

Last February, spillway failures sparked fears that Oroville Dam would collapse, forcing the evacuation of 180,000 people. Evacuees, local residents and taxpayers statewide wondered who and what might be responsible for this failure. Some answers are now emerging, despite an ongoing state cover-up. 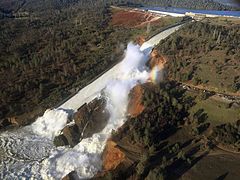 In the wake of the spillway failure, politicians and water bureaucrats alike began to dam up information on safety issues, blocking access to records about the dam’s design specifications, federal inspection reports, technical documents and other critical information.

Department of Water Resources boss Bill Croyle told reporters, “There is going to be a level of security over certain types of information.” Californians statewide had a right to wonder what he was trying to hide.

Some answers emerged on January 5, 2018, in the Independent Forensic Team Report: Oroville Dam Spillway Incident, a 584-page document that blames the failure on “a complex interaction of relatively common physical, human, organizational, and industry factors, starting with the design of the project and continuing until the incident.”

On page 59 readers learn that the principal designer for the Oroville spillways “was hired directly from a university post-graduate program, with prior engineering employment experience limited to one or two summers.” And he had “no prior professional experience designing spillways” and “no instruction on spillway design” in college coursework.

The forensic team “finds it striking that such an inexperienced engineer was given the responsibility of designing the spillways of what is still the tallest dam in the US.” Unfortunately, the massive report fails to give the designer’s name and declines to divulge even the university from which the post-grad student was hired. 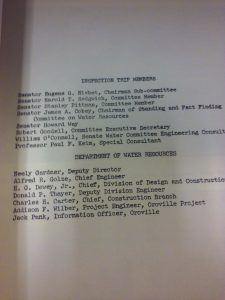 After Lloyd Billingsley posted a blog on the report, Don Colson left a comment critical of the forensic team for not seeking to find “the root cause of the failure.” The team, Colson wrote, “should be ashamed for mentioning a young design engineer. There was no such person.”

Colson also wrote in another comment. “I will say whoever the person is that told this story to the IFT must be suffering from an advanced case of mental illness.” That’s a serious charge, but it was not Don Colson’s first pronouncement on the spillway failure.

Last February the Los Angeles Times profiled Don Colson, as a “retired engineer who worked on the Oroville Dam design in the 1960s and went on to a 36-year career at the state water agency.”

Oroville was “an accident waiting to happen from Day One,” Colson told the Times, and “this was a mistake that went back to the very beginning.” Colson did not explain why he had waited so long to point that out. Maybe it was because, as Rep. John Garmendi explained, the rock-and-soil spillway “worked fine until it had to be used.”

Last September, NBC identified Colson as “a former engineer at DWR who worked on the State Water Project.” And Colson “worked on many facilities, including the Oroville Dam and its spillway during his long tenure with the agency.”

Colson told NBC the spillway issue “tells me we got a problem” and “we’re lucky that it hasn’t manifested itself to a great problem and a crisis.” The 180,000 evacuees might think the crisis and great problems are still ongoing, and all Californians should be posing some hard questions to their senators and Assembly members.

Did the state in fact hire an unqualified person to design the Oroville spillways? Does this person have a name? Who hired this person and what other projects did the grad-school engineer design?

On the other hand, if Don Colson is right that no such person existed, and you’d have to be crazy to invent something like that, why did the forensic team make that claim in their massive report? This is all public information California, taxpayers have a right to know, but some realities are already apparent. 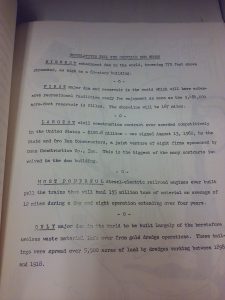 As the February anniversary approaches, the repaired spillway is already showing cracks that experts say “could lead to serious safety issues.” So you’d have to be pretty crazy to believe the spillways and even the entire Oroville Dam could not fail.

If he lives below the dam, Mr. Colson could be at risk, but in one sense he’s all safe and sound. According to Transparent California, Donald F. Colson, a “principal engineer” with the Department of Water Resources, retired in 1996 after 39.2 years of service, with a pension of $96,216.48.

So in the past two decades, whatever his role on the dam, Don Colson has bagged more than $2 million courtesy of California taxpayers. In the Golden State, whatever the state of the dams, highways or the economy, money is always flowing toward retired state employees.

*For analysis of the forensic report and ariel updates of the Oroville Dam spillway repairs, visit Juan Brown at his youtube channel: HERE and HERE

Katy Grimes, an investigative journalist, is Senior Correspondent for The Flash Report, and writes for Canada Free Press, Legal Insurrection and several other publications, and co-authored with James V. Lacy in 2017, California’s War Against Donald Trump: Who Wins? Who Loses?