In an exclusive interview to the Flash Report, a California State Senate senior staffer revealed a behind-the-scenes plot to save, or at least continue the Senate paycheck of Democrat Senator Tony Mendoza (Artesia), who in multiple media reports and news articles is alleged to be a serial sexual harasser of women in his own Senate office. 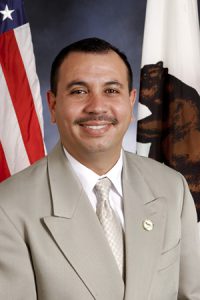 The Senate staffer, who has worked several years in the Legislature under multiple leaders, requested anonymity for fear of workplace reprisals.

Additionally, it was reported Thursday that  Sen. Mendoza and a constituent filed a lawsuit against the California State Senate, and the Senate Rules Committee, in order to protect Senator Mendoza’s constitutional rights and, more importantly, the rights of his nearly one-million constituents, according to Hews News.

Here’s what the Senate staffer had to say:
“Tony (Senator Mendoza) must have something on Kevin (Democrat Senate President pro Tem Kevin DeLeon). It just doesn’t make sense for Kevin to be risking everything to help someone who’s been doing what Tony has been doing to women in his own offices for years.”
The staffer was complimentary of how decisively Assembly Speaker Anthony Rendon, D-Lakewood, has managed the alleged sexual harassers in the Assembly.
“Look at how smartly Rendon has handled similar situations in his house involving Raul, Matt and Cristina.” (The Senate staffer is referring to former Assemblyman Raul Bocanegra, D-Pacoima, who was disciplined years ago as a staffer when he groped a female staffer. Bocanegra recently resigned from the Assembly amid reports from numerous women lobbyists that he groped them; and former Assemblyman Matt Dababneh, D-Woodland Hills, who recently resigned amid reports that a) he locked a woman lobbyist in a restroom and forced her to watch him pleasure himself; and b) several years ago as a Congressional District Staff Director he preyed on women staffers in the Congressional office; and Assemblywoman Cristina Garcia, D-Bell Gardens, who recent took an unpaid leave of absence amid reports she grabbed the buttocks and genitals of male staffers and lobbyists.)
The Senate staffer said:
“Speaker Rendon just cut Bocanegra and Dabadneh loose and told them they had no support in the (Assembly Democrat) Caucus. Cristina Garcia was told she’s on her own as well and I heard Anthony let Assembly Republican Leader Brian Dahle, R-Bieber, know that same applies to Assemblyman Devon Mathis, R-Visalia if his situation escalates.  (Mathis reportedly has reportedly been abusing alcohol and mistreating staff members in his office.)
“Kevin de Leon has gone the opposite of Rendon’s approach and has actively advocated for Sen. Tony Mendoza when he really should have cut him loose or at least recused himself given they were roommates.”
“The investigation of Sen. Mendoza is done and the report is apparently designed in a way to allow heavy redactions so when all or part of it is released, it can be massaged into backing whichever way the Rules Committee (chaired by DeLeon) wants to go.”
The Senate Rules Committee is scheduled to meet in closed session sometime on Friday, February 16 and Tuesday, February 20. 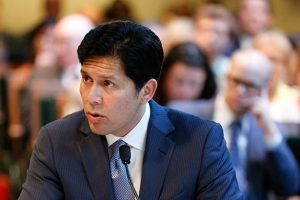 “Kevin de Leon knows just pushing for a continued paid leave for Tony is a non-starter, as is the option of a simple censure, which has also been discussed.  The press, the women’s groups, the Republicans would jump all over that as way too lenient.”
According to the Senate staffer, the word is “Tony’s lawyers have apparently convinced Kevin that the Senate can hang it’s hat on the defense that ‘Tony never had physical contact with any of the women.'”
“It’s kinda like ‘no harm, no foul’ in basketball as ridiculous as that may sound. Or ‘I didn’t close the deal so nothing really happened.’  Not sure it holds water but Kevin’s going to try to sell it,” the Senate staffer said.
Many inside the Capitol expect de Leon will make a pious speech claiming “what Tony did was serious but didn’t rise to the level of expulsion.”
“Then the Senate Rules Committee Members, in their infinite wisdom, will stupidly try to set up its their own ranking system of what are varying levels of so-called simple misunderstandings, flirting gone bad, dating mishaps, botched attempts to hook-up, oblivious boarishness, and heaven forbid, actual workplace harassment,” the staffer said. “Of course, if the perpetrator is a Senator the rankings will be, shall we say, adjustable.”
The big fear inside the Capitol is the two tiered set of rules will be allowed to continue: one set for Senators and Assembly men and women, and a strict, at-will policy for staffers and whistleblowers, regardless of the newly passed whistleblower protection bill.
“Kevin will push for the other four members of Rules Committee [Democrats Toni Atkins (San Diego) and Connie Leyva (Chino) along with Republicans Anthony Cannella (Ceres) and Tom Berryhill (Modesto)] to recommend to the full Senate a suspension with pay for Tony the rest of the year.”
“Tony has made it clear he needs the money as he has no other income,” the Senate staffer said. “His previous career as a teacher is all but done. With a suspension with pay Tony keeps getting paid and by not expelling him, there will be no special election which the Reps could win. Tony can run for reelection if he wants but he’ll be taken out by other Dems, either in June or November.”
To do this, Sen. De Leon would need three votes in the Rules Committee to send a suspension with pay recommendation to the Senate Floor.  “Sen. Connie Leyva probably won’t and can’t support anything less than an expulsion given her rhetoric or she’ll look like a fool,” the staffer said.
“Connie was one of three Dems prepared to vote last month for Sen. Andy Vidak’s resolution (SR 69) to expel Tony. The other two Dems were Steve Glazer and Richard Roth.”
“Ironic, Vidak was the guy who forced the Senate’s hand to take action against Tony and Vidak was actually bluffing the whole time.  He knew he only had three other Reps willing to vote for his resolution that day – Joel Anderson, Mike Morrell and Jeff Stone,” the staffer added. “Anyway, Toni Atkins will support anything that resolves it before she takes over (as Senate President pro Tem on March 20) so that gives de Leon a second vote in Rules. He will need one more vote from either Berryhill or Cannella.”
“My guess is Cannella as he has always been there when Kevin needs him. Berryhill is running for Supervisor or a City Council seat next year so it would be a really bad vote for him.”
“I honestly think Kevin couldn’t care less how this mess will impact the State Senate in the eyes of the press and public. He’s just focused on his U.S. Senate race and DC.”
Many wonder if this whole plan by Sen. Kevin de Leon keeps him in the game against U.S. Senator Dianne Feinstein.  “I’ve heard her campaign is loaded for bear on this issue,” the staffer added.