We think sometimes that poverty is only being hungry, naked and homeless. The poverty of being unwanted, unloved and uncared for is the greatest poverty. We must start in our own homes to remedy this kind of poverty.

Today, American’s mental health institutions have become county jails. Especially in California, following the 2011 prison realignment which resulted in moving “non-violent” prisoners from state prisons down to county jails and letting the “non-violent” out of jails. And Propositions 47 and 57 decriminalized theft, and many drug and sex crimes.

As for any real help for the mentally ill and drug addicted homeless, most California counties only offer temporary overnight shelters rather than rehabilitation facilities.

But Sacramento is fortunate..

Saint John’s Program for Real Change in Sacramento serves 800 women and children annually. Saint John’s offers more than a shelter and meals. From a woman’s breaking point to her awakening, through the triumph of graduation 18 months later into the real world, to a real job, a real home, a real savings account, and with her children, Saint John’s provides the counseling, therapy, job training, and teaches life skills so the once-homeless, addicted women so they may “rise above devastating, negative elements and achieve job-readiness and self-sustainability.” 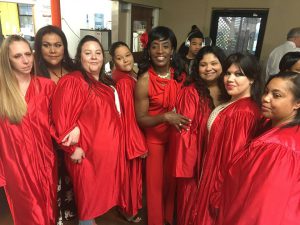 Entry into the program is limited, and each step is extremely rigorous. But those who see it through end up with rewarding, happy, and productive lives – for themselves, and for their children. An extraordinary change takes place over these three distinct, challenging chapters.

Despite this success rate, Saint John’s is in the middle of a nasty and ridiculous, petty political battle with Sacramento County. The County has not only cut an annual grant to Saint John’s — a grant they have received for 15 years —  they are holding up federal funds Saint John’s was already awarded from HUD. Saint John’s applied directly to HUD and was awarded the HUD funds, but they must be dispersed through local government.

It’s time for heads to roll in Sacramento County for stonewalling and jeopardizing one of the most effective, successful programs in the country. It’s clear the County considers Saint John’s a competitor, despite being an agent for real change.

Saint John’s Chief Executive Officer Michelle Steeb said the county decided to withdraw its grant “due to the fact that we focus exclusively on women and children and that we are too ‘high-barrier’…meaning that we require too much of our clients, including accountability and sobriety.”

But as it turns out, Sacramento County is sitting on as much as $98.4 million, “all of it squirreled away in the county’s pot of funds allocated under the state Mental Health Services Act,” the Bee reported.

In October, Sacramento Mayor Darrell Steinberg asked Sacramento County leaders for $53 million to provide services for the growing homeless population. Steinberg’s goal was to pool the county’s mental health funds, “which stem from a state millionaire tax he authored as a legislator – with federal grants obtained by the city to spend a combined $117 million in three years to reduce homelessness,” the Sacramento Bee reported. 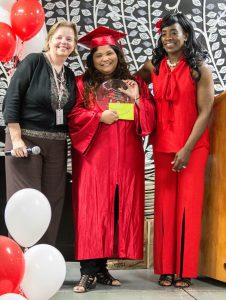 However, Sacramento County staff opposed Steinberg’s proposal, and claimed the funds were earmarked or spent for other priorities. In other words, the County refused to let the money go, even though it was designated for homelessness.

“The county expects to spend $22 million to refinance existing housing for the mentally ill, and $36.8 million for a planned treatment program,” and does not expect to spend the money for several years, was the reply.

Steinberg spearheaded Prop. 63, which levies an additional 1% tax on incomes of $1,000,000 or greater to fundamental health service programs beginning January 1, 2005. However, the 2015 report, published in conjunction with the County Behavioral Health Directors of California, used statistics from 2011-12. They claim through the “Whatever it takes” mental health services, homelessness and shelter use was down in 2011-2012, due to the extra $500 million in funding provided through Prop. 63 taxes on California’s top income earners. However, in 2011, the California Legislature passed AB 109, known as prison “realignment,” which “realigned” California’s overcrowded prison system, shifting responsibility of repeat, newly classified “nonviolent” offenders from state prisons to county jails. Those released were assigned county probation officers rather than state parole officers. Those newly “non-violent” criminals let out of county jails due to overcrowding are living on the streets, living on our parkways, rivers, and canals, and using the streets as their toilets. So before the effects of AB 109 could possibly be known, this study was claiming the tax money was the result of declining incarcerations.

Steinberg also authored SB 82, the Investment in Mental Health Wellness Act of 2013, “which allocated $142 million in state General Funds for a grant program to expand the number of community-based mental health crisis services.” But what it really did was send funding to The California Health Facilities and Financing Authority (CHFFA) to administer the capital outlay function of the Act, which is to “convene public forums and webinars, reach out to stakeholders, craft emergency regulations and then permanent regulations, and design grant application processes–” …Lots of talking about homelessness and mental illness, costing $142 million.

Early last fall, Mayor Steinberg and City Councilman Allen Warren rolled out plans for a 200-bed homeless shelter next to the Royal Oaks light rail station, adjacent to the Woodlake neighborhood. “A San Diego-based developer is also proposing to construct a 150-unit affordable housing complex next to the shelter, and Steinberg and Warren said the complex will go far toward addressing the city’s housing and homeless crises,”the Bee reported. But North Sacramento residents and businesses do not want the homeless shelter – rather, they want shelters elsewhere. And who can blame them? Every neighborhood in or near downtown Sacramento is plagued with drug addicted homeless. And the shelters being proposed are nothing like Saint John’s, which is a 18-month program for total change… not a stopgap in perpetual homelessness and drug/alcohol addiction.

Sacramento Mayor Steinberg has also promised more tax increases to build thousands of tiny houses for the homeless. “Less than a week after calling for a multibillion-dollar fund for infrastructure, arts and affordable housing, Sacramento Mayor Darrell Steinberg proposed Tuesday spending $21 million over the next three years to subsidize construction of hundreds of small homes to help shelter the city’s growing homeless population,” the Sacramento Bee reported.

Steinberg also proposed plans to allow homeless drug addicts and criminals to jump ahead in the long waiting line of Section 8 public housing vouchers. In January 2018, 34,766 applicants had entered the Sacramento Housing and Redevelopment Agency’s lottery for a place on the waiting list, the SacBee reported. However, Only 7,000 slots are available, taking up to two years before housing becomes available. 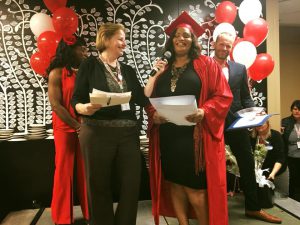 Mayor Steinberg’s solutions to the drug addled filth living and defecating on downtown streets, is to punish taxpayers once again, without focusing on results. His intent is good, but instead, he should use Saint John’s as a model program, wrestle the $54 to $98 million away from the crooked county, and put Michele Steeb and her board of directors in charge of the county’s homeless plans for change.

Flash forward to 2018. The federal Housing and Urban Development agency published its 2017 report on homelessness which found California not only has the largest homeless population in the country, the population grew from 2016. California had 134,278 homeless in 2017, of which 91,642 were unsheltered — a 13.7% increase from 2016.

In Sacramento, after already legislating hundreds of millions of dollars in funding for combating homelessness ineffectively, we’re now going to tax responsible residents out of more of their hard-earned income, and build tiny homes for people currently living and pooping on the street who will turn these houses into tiny crack houses, as has already happened in Los Angeles. Currently, homelessness is only increasing in California, along with tent cities, used needles, piles of defecation on the streets, and communicable diseases.

The Democrats who control the state have solved nothing, and are spending ridiculous amounts of money doing it. It’s hard not to ask who is getting rich off of some of these dubious programs.

Despite Saint John’s losing their county contract in August, they are still graduating women ready to achieve in the outside world. I attended a graduation recently, and it was one of the most beautiful celebrations. I felt so proud for the women as they accepted their diplomas, sober, confident, employed and loved by their children and families.

Saint John CEO Michele Steeb said: “I think we can agree, based on the testimonials from our graduates last night, that being held accountable and overcoming substance abuse and maintaining sobriety is the key to what makes our program a successful one!” Hear! Hear!

Steeb said that in order to see another group of once homeless, recovered, successful women walk across the stage at the fall graduation, Saint John’s needs support more than ever. “Each of the nine graduates walked through the red door at Saint John’s lacking the hope, the confidence and the tools to provide for themselves and their families,” Steeb added. “Today, they are all making it happen! They have learned that it is impossible to achieve victory unless you enter the battle, and they are now properly armed for the battle. They have become role models not only for their children and their families, but for all of us.”

It’s time for Sacramento County to back down and allow success to happen with Sacramento’s most vulnerable women through a proven program. The county cannot and will not ever achieve these kinds of results. Heads need to roll at the county.