Part ll: Why CA Water Bonds on June/Nov Ballots Need To go Down In Flames

Droughts are naturally occurring; water shortages are political and caused by corrupt and incompetent government officials.

With millions of dollars of unspent water bond money from 2006 and 2014 water bonds, why is there yet another a water bond on today’s June Primary ballot, and another on the November ballot? 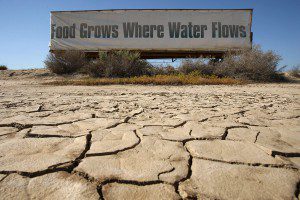 The answers lie in the players behind nearly all of the water bonds.

Voters need to ask why Joseph Caves, Gerald Meral and Lester Snow have had their hands in virtually every bond measure dealing with natural resources, parks, recreation and water in the 18 years since 2000? Is this how you want your state to decide what you get to vote on? Is this legal? And, if it’s legal, is it proper? Will it make California better?

In 2016 and 2017 I revealed that Gerald (Jerry) Meral, and Joseph Caves (Tom Steyer’s Proposition 65 money man) both submitted proposition language for water bond ballot initiatives a couple of weeks apart. The two initiatives were remarkably similar — even have the same wording in numerous places — and suggested coordination to ensure passage of one or the other. One is Proposition 68 on the June ballot, and the other, authored by Sen. Kevin de Leon, still unnamed, is on the November 2018 ballot.

There are several aspects to the Joseph Caves and Resource Legacy Fund story.

Joseph Caves is the dominant lobbyist and strategist for the environmental community, co-founder of the Conservation Strategy Group, which claims to be “Advancing AB 32 goals through natural resources, clean energy, and clean transportation policy.” Caves also served in the Legislature as a committee consultant and legislative director for more than a decade.

The stated purpose of Cave’s Proposition 68, thanks to the corrupt creative writing talents of the Attorney General:

Gerald Meral’s ballot initiative in November would raise $8.4 billion, while Cave’s is for $8 billion, according to the state’s Office of the Legislative Analyst. The LAO offers modest fiscal analysis but did acknowledge it will take $17.3 billion to pay off principal ($8.9 billion) and interest ($8.4 billion) on bonds over a 40-year period.

I addressed Meral’s decades of involvement fully in Part l of this series.

Former Natural Resources Agency Secretary Lester Snow directs the California Water Foundation program at Resource Legacy Fund. He also served as chairman of the Ocean Protection Council, the Delta Conservancy, the Delta Protection Commission, and the Strategic Growth Council, and was director of the California Department of Water Resources, executive director of CALFED Bay-Delta Program, regional director for the Bureau of Reclamation, and general manager of the San Diego County Water Authority.

Why have the backers of every water bond in recent history – Resource Legacy Group, Sierra Club, Natural Resources Defense Council (NRDC), The Nature Conservancy, Ducks Unlimited, Environmental Defense Fund (EDF), and all of the others consistently steered bond measures away from fixing California’s water supply shortfall, and instead lined their pockets with taxpayer bond funds for stream and habitat restoration, buying private lands into public ownership, grant programs that benefit them directly, and “non-starter,” “sounds-good” projects like desalination that can’t desalinate seawater?

Why do these special interests enjoy an open-door policy with the top leadership of the super-majority Democrats in the legislature and Governor’s office reserved otherwise only for public-employee unions’ advocates and other big donors, and closed to the general public? Why are all of their deliberations — including  Gerald Meral’s drafting of Proposition 1, the TNC/NRDC/Sierra Club’s Proposition 68, and Meral’s November bond measure — conducted in secret, with a limited group of stakeholders, and then are presented as fait-accompli, take-it-or-leave-it choices for the broad spectrum of affected users?

Why is there such a cozy relationship between the backers of Sites Reservoir and these bond promoters (logrollers) that gives them the right to veto proposed bond language that would serve a broader slice of the population, as is the case in Meral’s November bond measure where Sites vetoed language that would have permitted bond money to be used to raise Los Vaqueros dam in Contra Costa County? (Gerald Meral was found guilty of “logrolling” by the FPPC on Prop. 50 some years ago — the unethical practice of soliciting money to support and fund ballot measure campaigns based for political favors.)

Why are there so many occurrences of apparent coordination, and perhaps collusion between Gov. Brown- and Senate-Pro Ten appointed commissions, boards and other groups and the bond promoter group’s special interests that result in end-runs around public participation in public policy formulation?

How does this special diktat counsel of leaders serve the public, or are their efforts really there to increase their power and line the pockets of those who can build their empire?

Is this how you want your state to decide what you get to vote on? Is this legal? And, if it’s legal, is it proper? Will it make California better? Of course not. Now it’s time to tell these shadowy government leeches that voters are done with their corruption.