The fruit doesn’t fall far from the Burke family tree, so the saying goes. Assemblywoman Autumn Burke doesn’t want to have to live in her Los Angeles Assembly district.  Her mother, Los Angeles County Supervisor mother Yvonne Burke, apparently didn’t live in her district either, according to the Los Angeles Times in two 2007 articles. 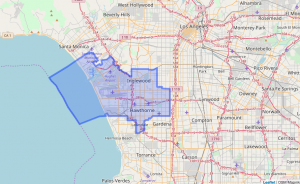 Los Angeles County Supervisor Yvonne B. Burke, according to an L.A. Times story, was observed in the evenings at her Brentwood home, located in another county jurisdiction. “In the morning, she drives to her own South Los Angeles district — just the edge of it, actually, to her Mar Vista townhouse.”

“Los Angeles County Supervisor Yvonne B. Burke, who was elected to represent some of the county’s poorest neighborhoods, is living in a gated Brentwood home, despite laws requiring her to reside in the predominantly South Los Angeles district she serves,” the Los Angeles Times reported in 2007. 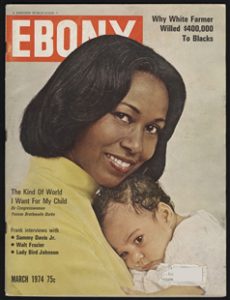 Ebony magazine featured Representative Yvonne Brathwaite Burke in its March 1973 issue, shortly after the birth of her daughter. http://history.house.gov/Collection/Detail/15032449290

Recall that in my article Thursday, Shameless CA Legislators Pass Bill To Allow Them To Live Outside Their Districts, current Assemblywoman Autumn Burke, D-Marina del Ray (District 62), is pushing for a bill to allow legislators to live outside their districts:

“Assemblywoman Autumn Burke, D-Marina del Rey, said that the bill is a way for her to continue serving in the Legislature while keeping her daughter close to her,” sacbee.com reported. Burke’s district overlaps with Sen. Steven Bradford’s, the author of the bill. “Burke, who is the single mother to a four-year-old daughter, flies each Thursday with her daughter back to their home in Marina del Rey to spend the weekend.”

Robert Greene of the Los Angeles Times asked in 2007:

“Should she still be criticized for spending so much time in Brentwood, or even for “living” in Mar Vista, far from the heart of her district and its urgent problems — persistent stretches of poverty, poor schools, the meltdown at Martin Luther King Jr.-Harbor Hospital?”

“Before buying the Mar Vista townhouse, Burke declared an apartment in West Los Angeles as her primary residence, but she acknowledged in the interview Wednesday that she slept there only “once in a while,” staying instead at the Brentwood house.”

Sen. Rod Wright, D-Inglewood, was recently convicted of perjury and voter fraud for lying about his legal residence in Los Angeles County.  Today his Democrat predecessor, in the same Los Angeles District 35, Sen. Steven Bradford, is the author of the outrageous Senate Bill 1250, which would allow legislators to live outside the districts in which they were elected and ostensibly represent. 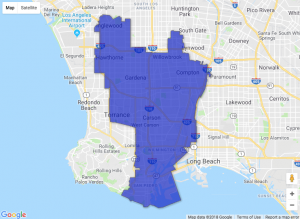 Bradford’s district includes the Los Angeles County communities of Carson, Compton, West Compton, Gardena, Harbor City, Hawthorne, Inglewood, Lawndale, Lennox, West Carson, Watts, Willowbrook, and Wilmington, as well as the Port of Los Angeles, San Pedro and Harbor City – most of which feature prominently in The Los Angeles Times violent crime map. Ten members and associates of an Inglewood-based street gang were arrested on federal narcotics-trafficking and firearms charges, Aug. 29, the Daily Breeze reported. This is just one of the cities identified on the LAT crime map.

As I concluded Thursday, “If lawmakers aren’t interested in rubbing shoulders with the residents of their district, they have no business representing them. Frankly, this bill proves that too many lawmakers aren’t really interested at all in the representation aspect of their jobs anyway – it’s the special interests they represent.”

Los Angeles Senate District 35, and Assembly District 62 may not be lovely, but the people who live there deserve representation, and they need to know that their representative lives near them, in order to understand the issues and facilitate the necessary changes. Rather than tricking constituents into believing they care about and are working on the many problems in these crime-laden cities, California legislators need to live and work in their districts. They aren’t the ruling feudal class, and need to be reminded frequently.