Tuesday September 18, 2018 was an historic day in California; it was the day in which the Gerawan Farming workers’ ballots from 2013 were finally counted. Overwhelmingly they elected to decertify the United Farm Workers labor union from their workplace.

This was no secret. So why did the California Agricultural Labor Relations Board take five years to count the ballots, after threatening to destroy them? 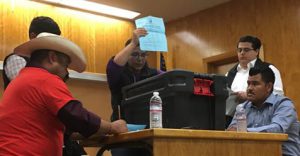 The final vote count was 1,098 for “No Union,” and 197 for the UFW. “The employees overwhelmingly rejected the UFW as their bargaining representative – by a 5 to 1 margin – in spite of the ALRB’s last-minute, election day refusal to count approximately640 ballots challenged by the UFW,” Dan Gerawan said in a statement.

What does this say about the ALRB? When the UFW couldn’t convince Gerawan’s employees to join them, the union leaders turned to the ALRB to force them into the union.

They spent nearly $20 million California taxpayers dollars, never produced an audit, and did it all to suppress the votes of 2,500 Latino immigrant farm workers who did not want the labor union in their workplace. This is what corruption is.

The Board members of the ALRB, and nearly all of the California Legislative Latino Caucus need to pay a price for such blatant corruption – like something out of Stalinist Russia. They truly don’t care about the people they are elected to represent; they only care about their power.

In May, an appellate court ordered California officials to count the ballots the Gerawan farm workers cast in 2013 to decertify the United Farm Workers Union from representing them. Those ballots had been locked up, uncounted, since the 2013 decertification election on orders of the California Agricultural Labor Relations Board.

An ALRB administrative law judge even ordered the ballots destroyed, but the workers’ prevailed in court to stop the destruction of their ballots. Acting as an arm of the union, the ALRB did this to not to protect the farm workers – as is the ARLB mission – but to protect the flailing United Farm Workers labor union.

The UFW won an election to represent Gerawan Farming Company’s workers 26 years ago. But after only one bargaining session, the union disappeared and wasn’t heard from for more than 22 years. However, in October 2012, the union reappeared to impose a contract on Gerawan Farming and its employees — without a vote of the workers.

ALRB Tried To Suppress The Election

The ALRB pulled out all of the stops and manipulated at every opportunity. It was only in 2016 that the California Agricultural Labor Relations Board voted to set aside the November 5, 2013 decertification election petitioned by the farm employees at Gerawan Farming, and allow the ALRB to destroy the Gerawan employees’ ballots. 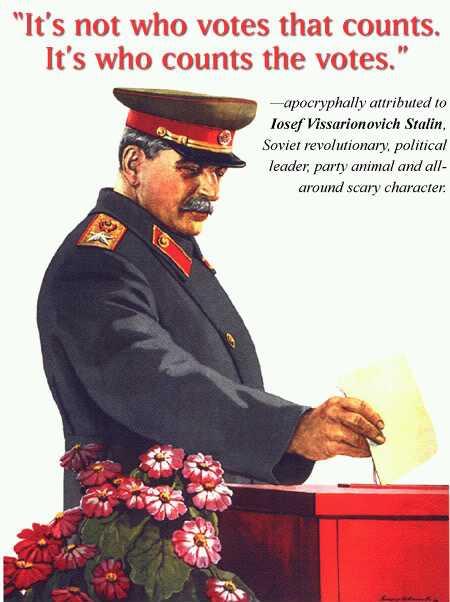 Unions have become the beneficiaries of regulatory favors by government – whether or not unions actually help the worker is a moot point today because years ago, unions stopped representing workers, and instead became big business, bent on protecting its own needs.

Unions force themselves on businesses not because unhappy workers are in need of  help, but because union thugs came-a-calling in search of more members needed to prop up the union Ponzi scheme.

According to Union Facts, fewer than 8 percent of workers today ever voted to certify a union. And even when there is an election, union rules always favor unions against employers, and against the workers in many cases.

Union support along with compulsory employee fees, are lifeblood to the Democratic Party. Without this, Democrats would not be able to count on the humongous campaign contributions they get from labor unions.

Yet legally, employees are allowed to object to the amount of their dues, and how their dues are spent. But case after case shows how the UFW deliberately withholds this information from workers.

“The Governor of this state, the members of the Agriculture Labor Relations Board – chosen by him, and the United Farm Workers union, have done everything in their power to stop these votes from being counted,” Assemblyman Jim Patterson, R-Fresno said. “For the farmworkers who have continued the fight to have their votes counted after many defeats and disappointments – justice has finally been served. Their voices have been heard loud and clear.”

“September 18, 2018 will go down in California’s history as the day that thousands of courageous farmworkers fought for justice and won. But more importantly they won against a deep state corrupt government, big labor special interests, Governor Jerry Brown and his cronies,” said Jesse Rojas, spokesman for Pick Justice. “Now it cannot be denied, overwhelmingly these workers do not want the UFW! So now the ALRB and UFW must stop playing games and listen to the choice of the workers, and also the court of appeals and state Supreme Court.”

Amen to that. The workers have spoken loudly and clearly for more than six years. Is this California or a Communist country?