I have known and liked Kevin Muldoon for many years. I had always considered Muldoon to be a committed conservative activist, standing tall on issues when others would fade into the background. I was pleased to play a role in helping Muldoon get elected to the Newport Beach City Council. That said, it turns out I didn’t really know Kevin, or at least I didn’t know about an important character flaw of Kevin’s until these last couple of months.

Kevin cares only about Kevin. Narcissism is a trait that serves nobody well.  And it can hurt our communities badly at those times when politics needs to be a team sport in order to win.

That character flaw is the single greatest factor in ultra-liberal Katrina Foley winning last week’s special election for Orange County’s Supervisor.  And the worst part is, Kevin knew before he filed that he could not win.  Let me walk you through the past few months to explain. 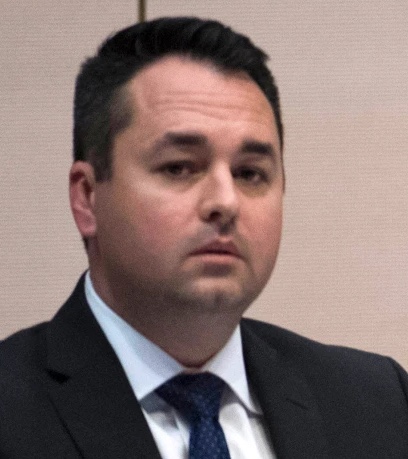 Kevin Muldoon tanked last week in the Supervisor race, taking the GOP win with him.

Orange County Supervisor Michelle Steel started running for Congress shortly after the ink was dry on Harley Rouda’s certificate of election, after Rouda defeated long-time Congressman Dana Rohrabacher in 2018.  She was termed out of her Supervisorial seat in 2022, so people were already considering a run at her seat before she beat Rouda.  Both Kevin Muldoon and Huntington Beach Councilman Mike Posey pulled papers and started fundraising to replace Steel.  Looking at the seat, but not making any announcements were Newport Beach Councilman Will O’Neill and another Huntington Beach Councilman, Erik Peterson.

Normally, it’s not a problem to have that many GOP candidates considering a run because the field is winnowed down during the primary to the top two candidates, typically a Republican and a Democrat.  These top two would then face off in the general election in November.

But when Steel beat Rouda, she had to vacate the Supervisor seat early.  That triggered a special election.  And as opposed to a primary election, a special election is winner-take-all.  In other words, a split Republican field against a unified Democratic candidate leads to the Democrat victory even if the Democrat receives less than 50% of the vote.

Steel vacated her seat in January and the election was set for March.  Orange County Democrats circled their wagons around the candidacy of Costa Mesa Mayor Katrina Foley (a second Democrat filed – but a largely unknown person with no appreciable campaign or resources). Foley was running for a seat where Republicans still have the edge in voter registration. She had one path to victory: a crowded Republican field.

Republican leaders attempted to block that path by rallying around one candidate: State Senator John Moorlach.  He had a huge amount of name identification already, and the Supervisor seat was significantly more Republican than the State Senate seat he had just lost. In fact Moorlach received 57% of the vote in the 2nd District.  John was also a senior statesman, which would allow other candidates to step aside for him, without it being problematic. So John was recruited – and immediately was endorsed by the Republican Party of Orange County, the Lincoln Club of Orange County, the New Majority of Orange County, and other organizations like the Family Action PAC, the Howard Jarvis Taxpayers Association, the California Pro-Life Council and Gun Owners of California. O’Neill and Peterson, who had not yet announced, backed Moorlach. Mike Posey went so far as to pull nomination papers, but in deference to party leaders he did not return them and chose to endorse Moorlach. But Muldoon would not budge (all of the while saying that he would not be a spoiler).

This promise became more important when Fountain Valley Mayor Michael Vo, a Republican, jumped into the race unexpectedly, filing his papers before anyone could talk to him.  The wiggle room was gone.  If Muldoon filed, Foley won.

In response, Muldoon thought that Moorlach should get out of the race, deferring to him (a position he is apparently still telling people now, after the loss of the seat to Foley). Seriously. Never mind Moorlach’s name ID and gravitas, Muldoon conveniently forgot that without Moorlach in the race, the other candidates – especially the ones from a larger city and with larger social media followings – would have jumped back in.

It is worth noting that in the survey, Muldoon polled at a paltry 5%. One must have a high level of conceit to see numbers that low and think that the field should somehow be cleared for you. Posey, who dropped out, polled twice as high as Muldoon, and he was able to see how things would turn out if he ran. Let’s remember that when the dust cleared Muldoon convinced donors to give him over $260,000 and he still came in 20 points behind Moorlach.

If it was Muldoon’s intent to be the spoiler here, for reasons that would be his own, well in that circumstance he masterfully played his role.

You can spend a lot of time trying to figure out why Muldoon stayed in. Was it the goading of public employee unions, anxious to defeat Moorlach because of his laser-focus on public employee pension reform? Was it the empty promises of wealthy Newport Beach types who promised big independent expenditures on behalf of their local councilmember who they knew would still serve two more years on the council?

At the end of the day, I believe that all of these factors contributed to Muldoon’s decision – but that the single greatest factor was that Muldoon simply could not put aside his own ambition at a relatively young age for the greater good of the County and his party, and a conservative movement to which he apparently feels no fidelity.

And so here we sit. Dozens of wealthy Newport Beach donors, and conservative cause donors who (for good reason) thought highly of Muldoon – donated to a candidacy that was always doomed to fail. There was no practical way in a short sprint that Muldoon was going to surpass Moorlach’s percentage of the vote. Intuition told us that, polling before Muldoon filed told us that, surveys taken during the race told us that. The only person that thought Muldoon had a pathway to win – was Muldoon himself. Those opposed to Moorlach being elected won the day Muldoon returned his papers.

Had Muldoon not filed, the GOP would have largely circled around Moorlach. The effort to elect Moorlach, while well-funded, raising $380,000, would have had a lot more funding (ironically the same polling that was done to show Muldoon why he had to get out became an anchor on fundraising for Moorlach and the OCGOP when he did not get out). There would have been more dollars to promote Moorlach, and perhaps more importantly there would have been a large effort to go after Foley, and bring down her numbers. I believe with certainty, that Moorlach would have won the special election, and the GOP would have retained this important seat.

The ultimate lesson here is that character is not just about ideology, and conviction on issues, but it is also about being able to play as part of a team. When we are picking players for a team in the future, we all have to work hard to weed out the Muldoons.

It won’t be easy because sometimes you cannot know the measure of someone’s character until the critical moment. As screenwriter Robert McKee once said, “True character is revealed in the choices a human being makes under pressure – the greater the pressure, the deeper the revelation, the truer the choice to the character’s essential nature.”

Jon Fleischman is the founder and publisher of the FlashReport Website on California Politics.